Chiliz (CHZ) price could not catch a break over the weekend as social unrest flared up in China, battering trader sentiment on Monday morning in the ASIA PAC session. Protesters were hitting the streets asking for an end to the current covid restrictions, with some calling for the resignation of President Xi. These kinds of protests have not been seen for years and come after just weeks when Xi was able to prolong his presidency with a third term.

CHZ has headaches, but where is the aspirin?

Chiliz's price not only slides over 5% this Monday morning, but it also portrays a brutal picture of future things. The first element to address is that over the weekend bulls received a firm rejection against $0.1772 to the downside. That triggered a sell-off that continues and accelerates this Monday morning as CHZ rips below the 200-day Simple Moving Average (SMA).

CHZ will need to look for support, with the low of this month near $0.1455, which was the tested low and eventually ended up a bit higher for the day. The risk comes that $0.14 is in the picture and receives another test that triggers a lower break. The monthly S2 support level near $0.12 is the only element standing in the way of bears to print a 50% drop toward $0.081. 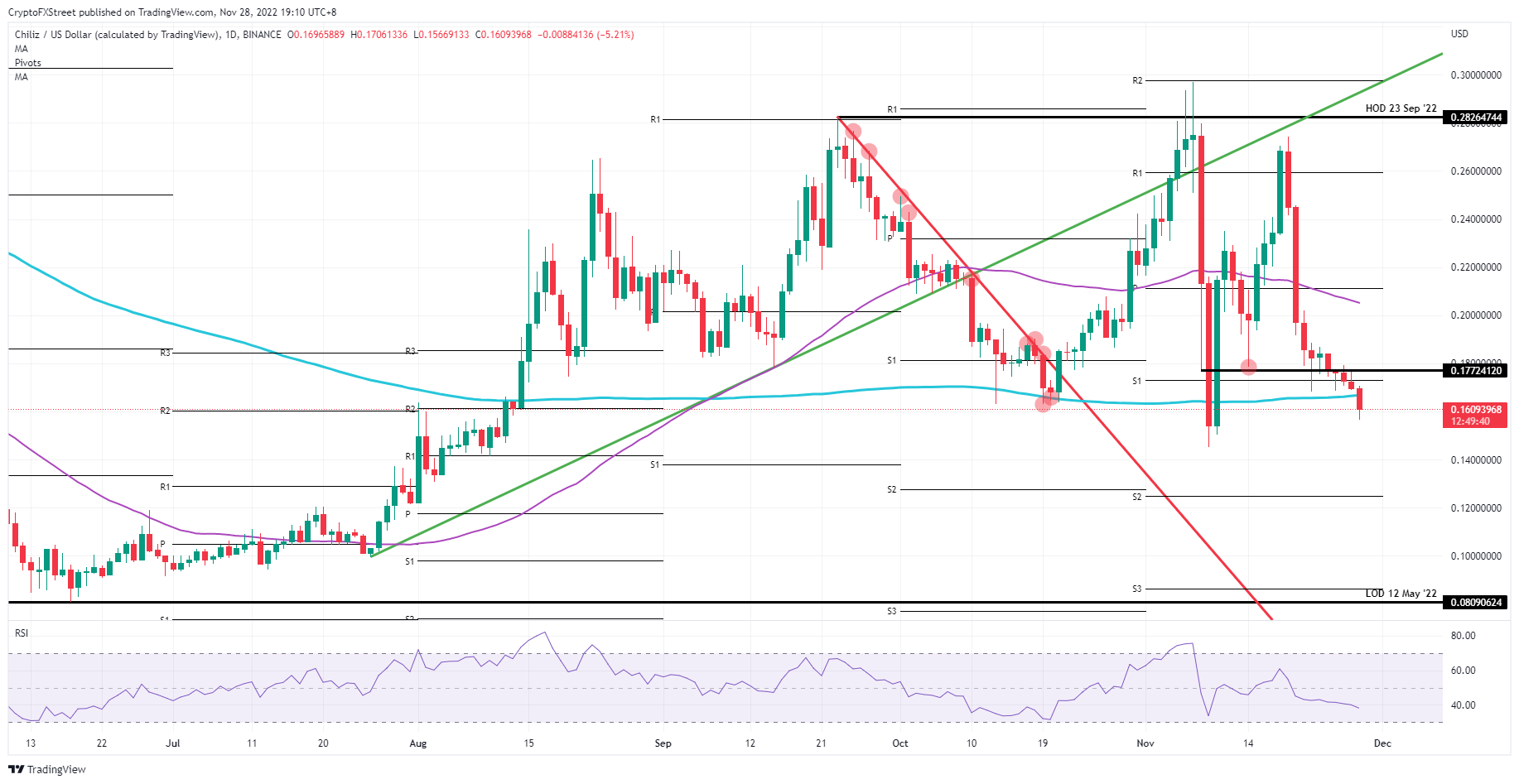 With the sell-off this morning, some catching up could get underway for bulls as the US Dollar has been weakening. Against several major pairs, the Greenback has lost nearly 1% of its value against the Euro, Pound and the Yen. This could trigger some tailwinds for CHZ and lift price action back up toward $0.18 by the middle of this week.