Chainlink (LINK) price has fallen following  global market turmoil as investor’s increasingly reach for safe-haven assets whilst dropping riskier holdings.. Following these headwinds, bulls have seen yesterday’s gains quickly reversed, and the downturn since the beginning of November gain additional confirmation. Expect a break of $21.62 to see an accelerated sell-off towards $15, accounting for 45% losses.

Chainlink faces double support with the historical level at $24.55 and the monthly pivot at $23.25, which for now looks to be holding, or at least slowing down the selling pressure.Sentiment is backing the LINK price to fall further as sell-side volume accelerates and these support levels are now likely to be penetrated. Expect further downward pressure towards $21.62, the historical August 5 level which was also respected during September.

LINK price may see some let up in the sell off from profit-taking along the way lower, eventually leading to a make-or-break moment when bears try to pierce $21.62. Whilst there may initially be a bounce off that level it will probably be followed by a break below, which would then see a massive acceleration as sidelined bears seek to jump on the descending bandwagon. The move could lead to an overall 30% devaluation.. 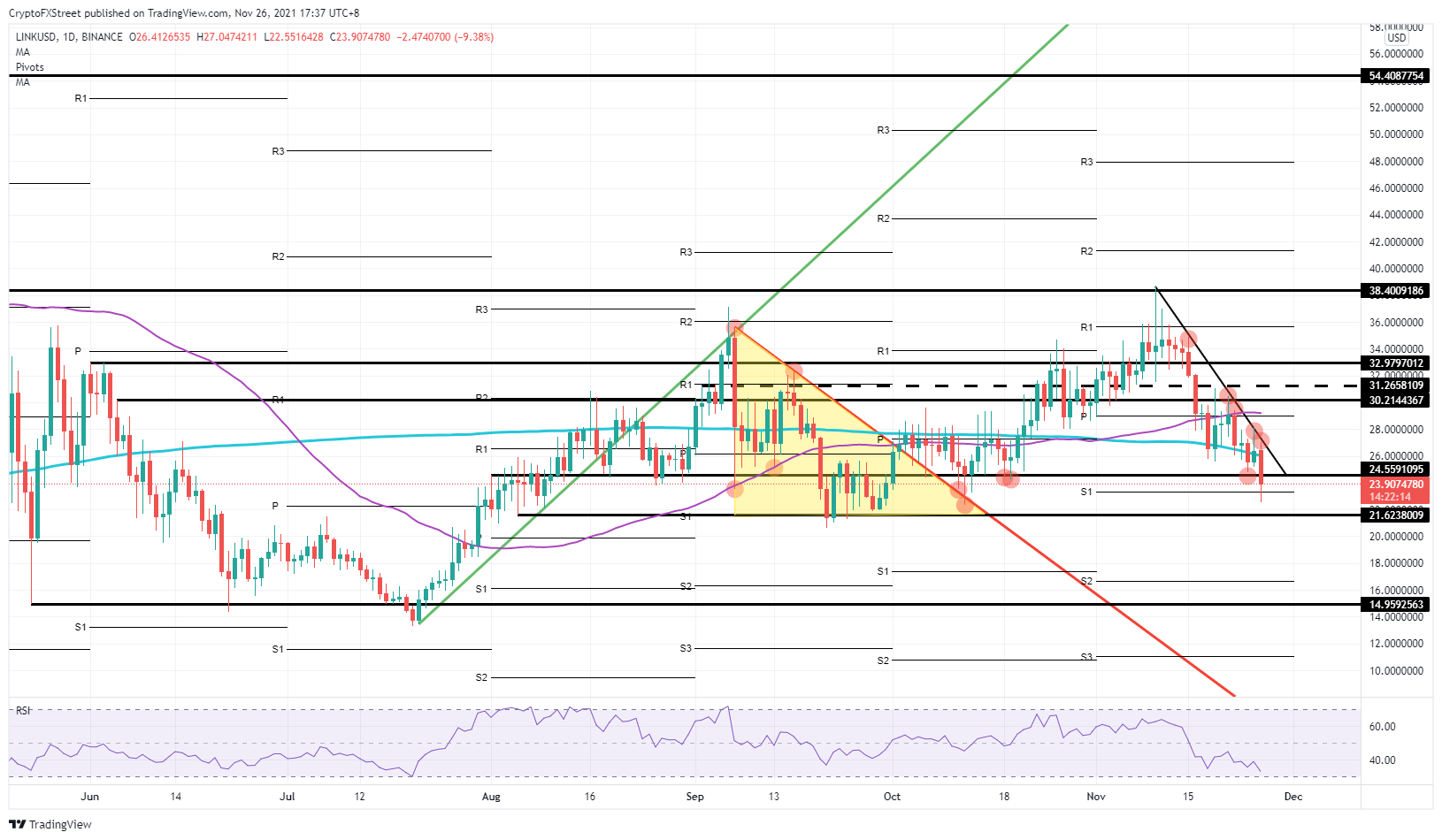 $14.95 could provide an eventual bottom, but many bears will want to lock in some profit on the way down at around $17.00 and the S2 support level. At these levels bulls will have the opportunity to pick up Chainlink at a very attractive discount. Expect a reversal from this zone, and a surge to the upside as the buy-side volume overtakes sell-side action, withLINK price rising back up towards $21.62.

Dogecoin price prediction shows reasons to be concerned. Analysts have been eyeing the notorious dog coin throughout the summer as the DOGE price fell into considerably discounted price territory at $0.050.