Chainlink price (LINK) attempted to take a stab at $38.40, but the price action faded after that failed attempt. LINK could not get there as sellers flocked in to push price action further down on the ascending green trend line. Next to that, the monthly R2 resistance level at $36 also added its weight to a muted upside as price action today cannot stay or even get above that level. Sellers look to be in control here.

On the downside, the first port of call will be $32.98, originating from the double top on June 1. This level has not shown its importance and has not been appropriately tested. The first test today by the sellers will be necessary for Chainlink. A break below opens the door to the next leg lower at $30.21.

These two levels, $32.98 and $30.21, act as fail-safes and keep Chainlink observers in tune to their buying appetites. The trend reversal looks heavy, and support does not show that it will put up a fight. Sellers look to take over the price action in LINK. 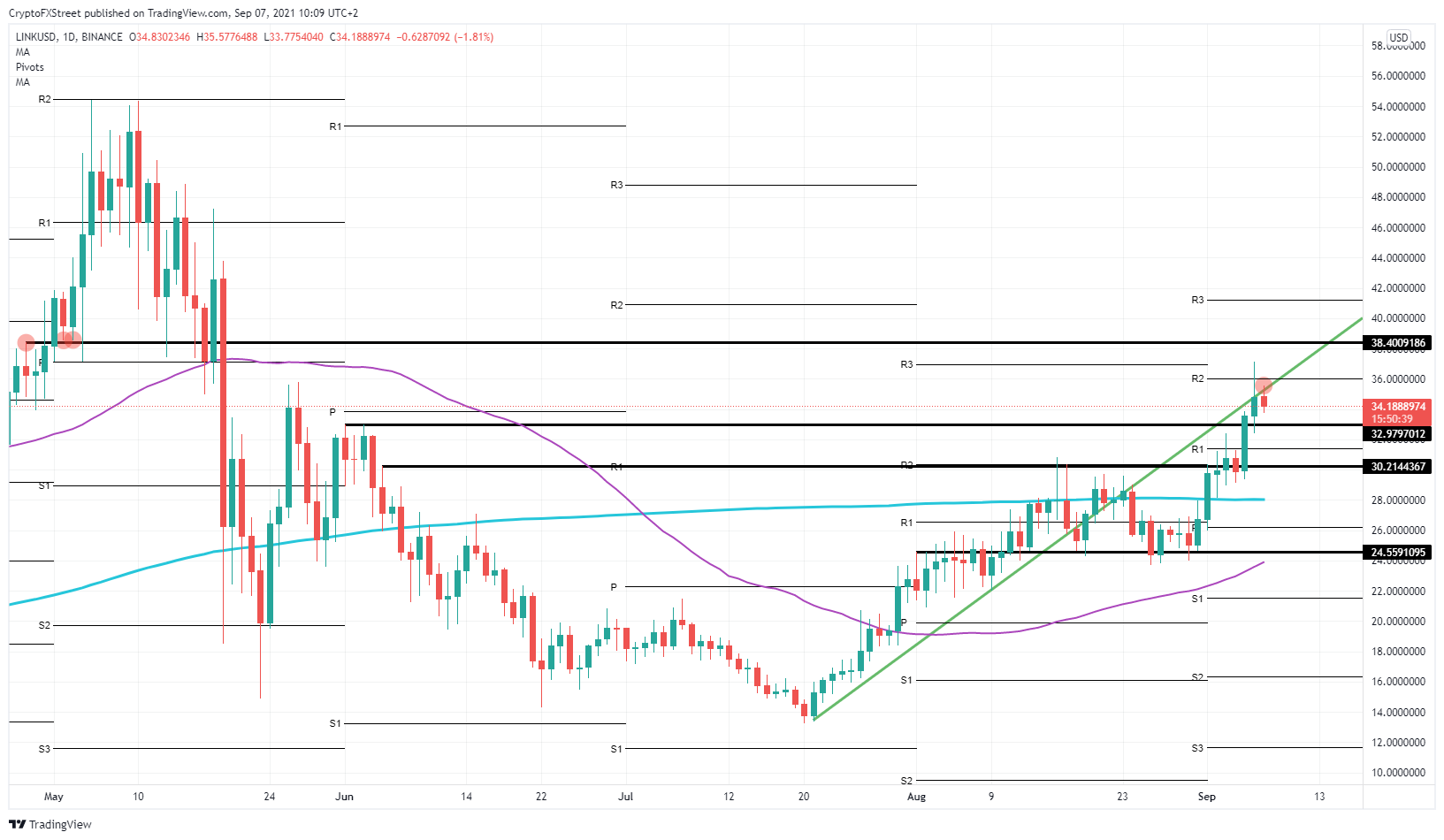 A break below $30.21 would then mean that sellers have a free card to go to $24.56. This would wipe out all the gains in LINK since September 1. That was when sentiment in cryptocurrencies resurged and caused a favorable tailwind in the asset.

The only item stopping sellers from dipping 20% after $30.21 is the 200-day Simple Moving Average (SMA). That SMA coming in at $28 could give some intermediate support as it acted as a launch path for further upside on September 2. The 200-day SMA could thus be the first point of interest for buyers to get back into LINK.

Further down, it will be the fundamental $24.56 level from August 1 that will act as the supportive floor. Additionally, just a few ticks below the 55-day SMA is coming into the mix. Buyers will have two reasons to enter Chainlink here, which should do the trick to halt the seller's push.