Chainlink price has been halted near the $29 to $30 value area for the past two days. Despite a bullish close above the Cloud and the fulfillment of an Ideal Bullish Ichimoku Breakout setup on the daily chart, the weekly Ichimoku chart shows why buyers see difficulty in a move above the $30 range.

The weekly Senkou Span A, Senkou Span B, and 61.8% Fibonacci retracement share the $30 value area. Those three price levels create near-term resistance preventing Chainlink price from moving higher. However, there is a Kumo Twist that occurs next week. Kumo Twists are often referenced as time cycles that can create significant major/minor swing highs and lows. However, they also represent the weakest point of a Cloud. 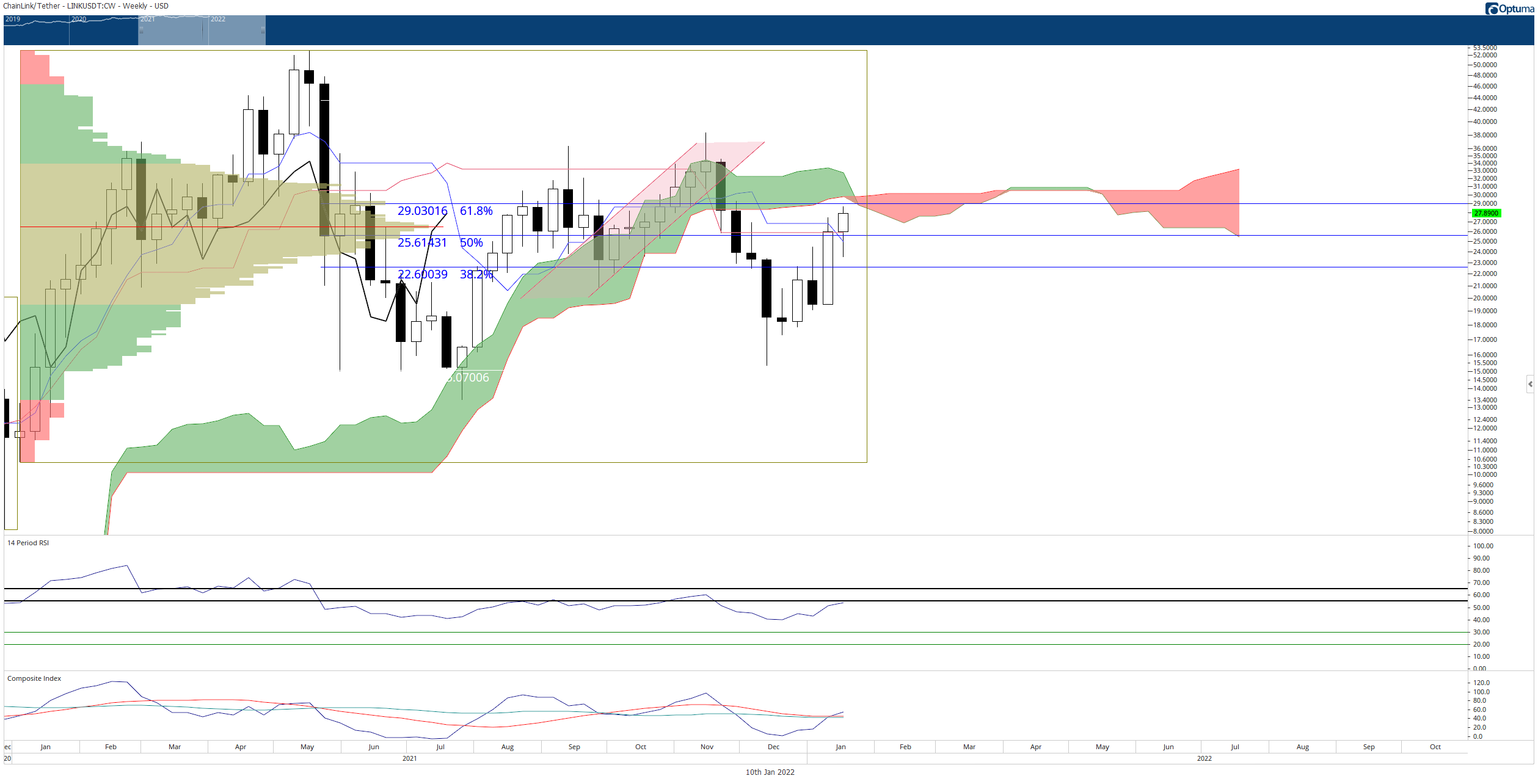 When price action moves through a Kumo Twist, the resulting behavior is often dramatic. It’s almost as if Kumo Twists act as a kind of accelerant or boost for price. That means that for Chainlink price, the expected behavior for price would be a robust launch higher. If bulls can perform a daily or weekly close at the $29 level, that will likely generate enough momentum to propel Chainlink price to the $35 value area.