Cardano is back in the spotlight after the team behind it rolled out a new program that is designed to change the network’s governance.

The news appears to have been welcomed by the cryptocurrency community as ADA price resumed its uptrend towards $2.

IOHK, an engineering and research company responsible for Cardano’s development, announced on February 17 that a new milestone in its mission to advance on-chain governance and accelerate community innovation.

Indeed, users will now be able to play a vital role in the decision-making process via Project Catalyst.

The firm is set to open the registration phase for Fund3 where token holders will vote on the projects that will receive funding and potentially improve Cardano's blockchain. Additionally, Fund4 will be launched as ADA’s first $1 million funding round to “tackle four entirely new innovation challenges.”

IOHK also released Daedulus 3.3.0, which is a new update to the Daedalus wallet that will include

These upgrades have put Cardano one step closer to beating Ethereum at its own game and competing with other smart contract networks.

From a technical perspective, the recent developments around Cardano appear to have added fuel to the uptrend seen since the beginning of the year. ADA price is up by nearly 8% in the last 24 hours, moving closer to reach the target provided by a head-and-shoulders pattern that developed within its weekly chart.

At the time of writing, Cardano price still needs to rise by another 100% to hit a target at $2. 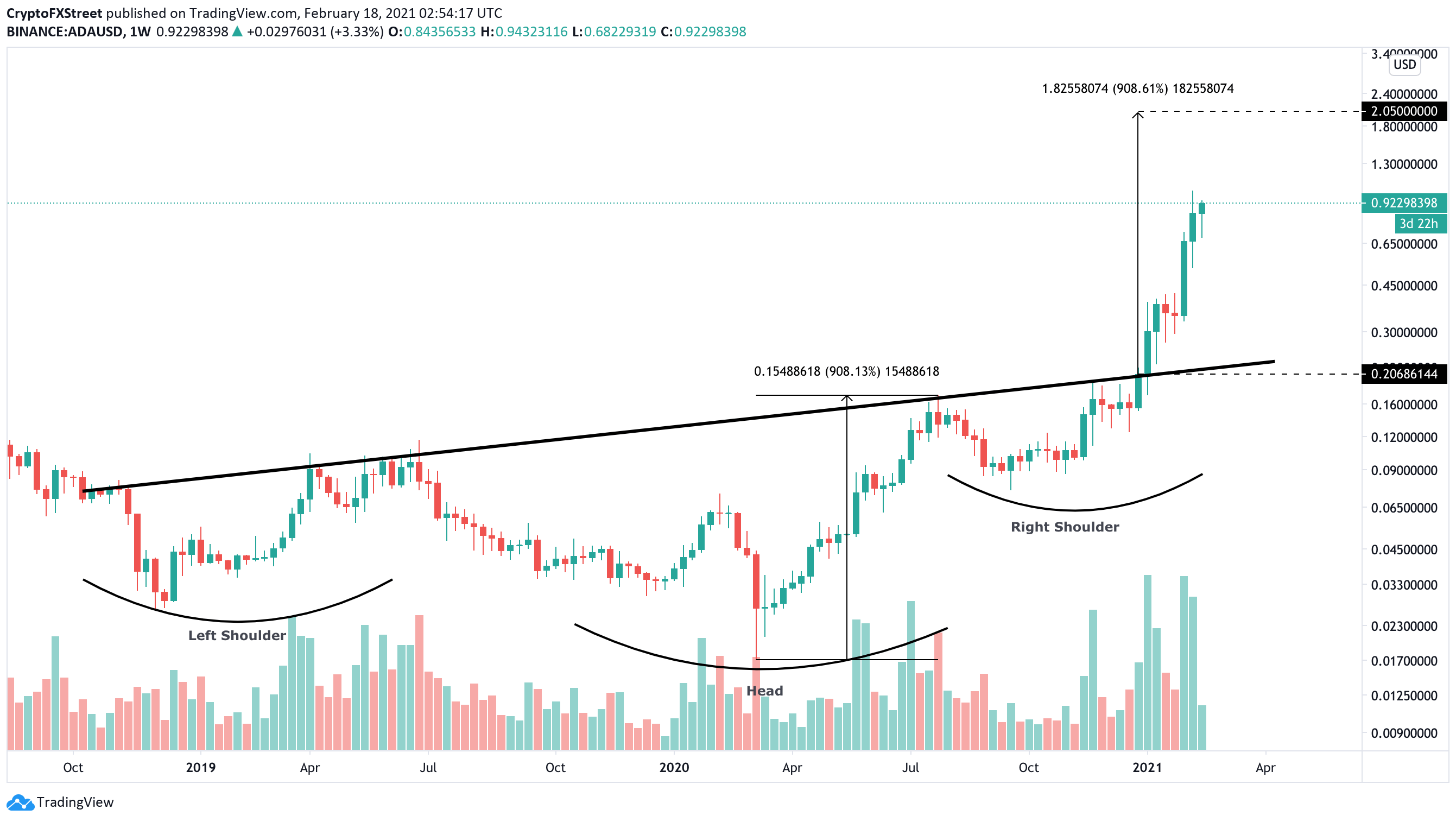 Cardano’s network activity adds credence to the bullish outlook after seeing a drastic increase over the past few months. Indeed, the number of new addresses joining ADA’s network has risen by 540% since mid-November 2020.

Today, about 46,000 new ADA addresses are being created on a daily basis, signaling a spike in user adoption over time.

Regardless of the bullish outlook, investors should note that a sudden spike in selling pressure could disrupt Cardano price rally. In such a case, ADA might retrace more than  50% towards the $0.42 support barrier.