Cardano price shows a lack of willing buyers that have pushed it below significant support, triggering a bearish market structure break. This development has a small window to recovery, failing to do so could result in a sell-off.

Cardano price at an inflection point

Cardano price has produced a descending triangle which is obtained by connecting the four lower lows and three equal lows produced since May 10.

This technical setup forecasts a 40% downswing to $0.241, determined by adding the distance between the first swing high and swing low to the breakout point at $0.400. On October 10, ADA produced a daily candlestick close below this level, confirming a bearish breakout and signaling the breakout of the descending triangle.

If ADA fails to recover above the horizontal support at $0.400, things will continue to deteriorate. Therefore, investors need to pay close attention to the daily candlestick close on October 11

Additionally, Bitcoin price is also looking ready for another leg down, which could help ADA bears reach their destination quicker.

Interested investors can open short positions on the retest of $0.400 and wait for a confirmation via daily candlestick close. 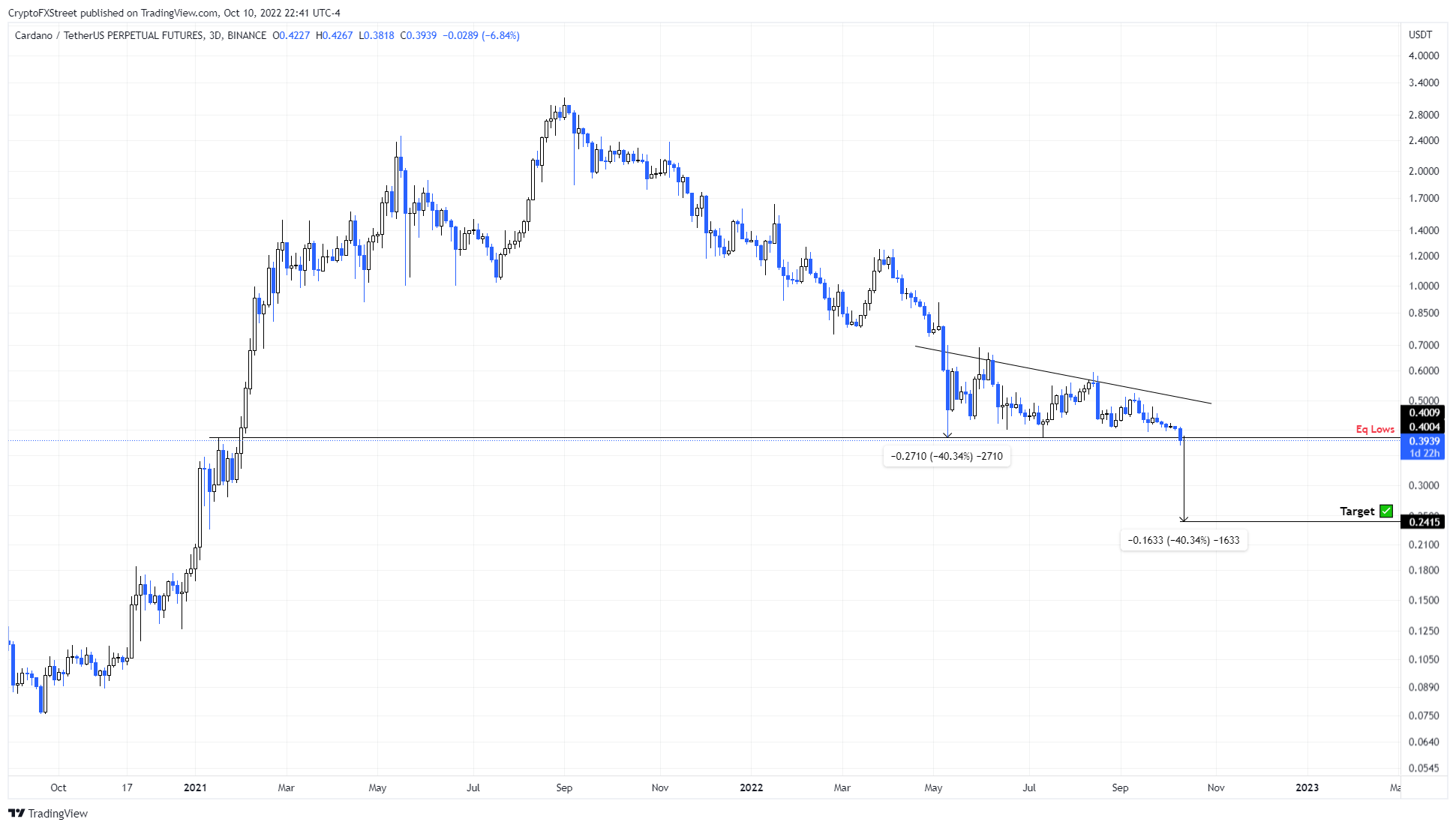 On the other hand, if buyers step in at this juncture and trigger a minor recovery above the $0.400 hurdle by producing a daily candlestick close above it, it would indicate a resurgence of bulls.

If this development pushes Cardano price to produce a higher high above $0.482, it will invalidate the bearish thesis for ADA and potentially trigger a further extension of the rally to $0.504.