Cardano bulls stay hopeful even as the quote seesaws around 1.1950, up 0.86% intraday, during early Friday.

Not only the cryptocurrency pair’s sustained trading above 200-SMA but buy signals from SuperTrend indicator and MACD’s gradual rush towards the bullish zone also suggest further upside quote the quote.

However, a clear break of the downward sloping trend line from March 19, around 1.2555, becomes necessary for the buyer’s entry.

Following that a two-week top near 1.3560 can offer an intermediate halt during the rally towards the 1.5000 threshold comprising the previous month’s top.

Although prices are likely to bounce off 1.1737, failures to do so will make ADA/USD vulnerable to test the previous month’s low near 0.9560. 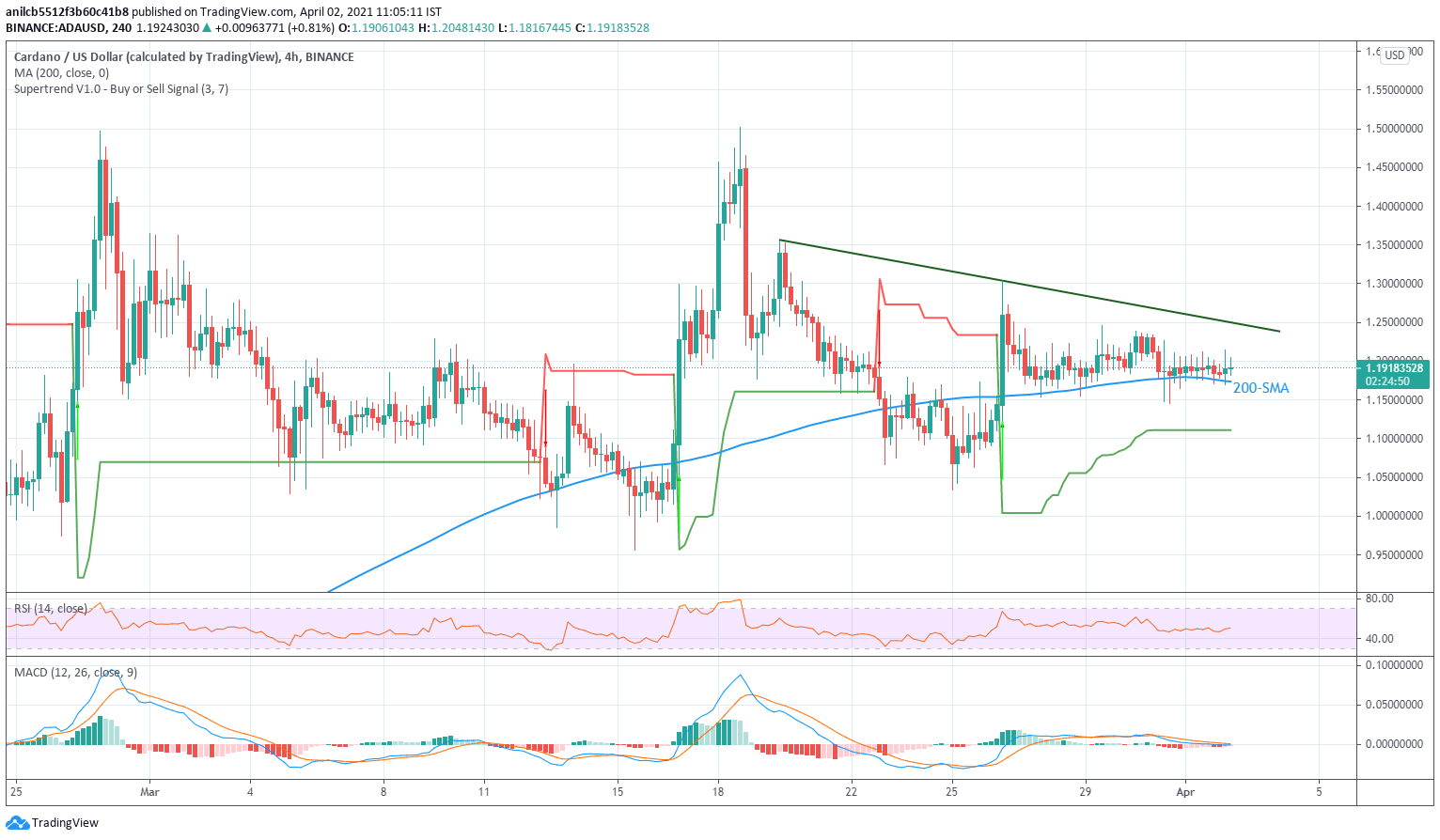