Cardano price triggers its liquidity fractal pattern again after the recent sell-off in Bitcoin and Ethereum. The collection of sell-stop liquidity has also caused ADA to catalyze a run-up. Interested traders can capitalize on this rally by jumping on this trend at the right time.

Cardano price created the seventh liquidity run on a twelve-hour chart as it swept the September 13 swing low at $0.460 and created a double bottom at $0.450. This development kick-started a reversal that has pushed ADA up by 5.82% so far.

The bounce in ADA could easily retest the immediate hurdle at $0.505. Since Cardano price produced a higher high at $0.521 relative to the September 6 swing high at $0.512, the trend seems to be favoring bulls. Hence, the ongoing recovery rally could aim for the $0.530 resistance level.

If ADA retests $0.530, it will have rallied 17% and is likely where the upside will be capped for the so-called “Ethereum-killer.” Additionally, this move would have produced a higher high relative to the last higher high at $0.524 formed on September 10. 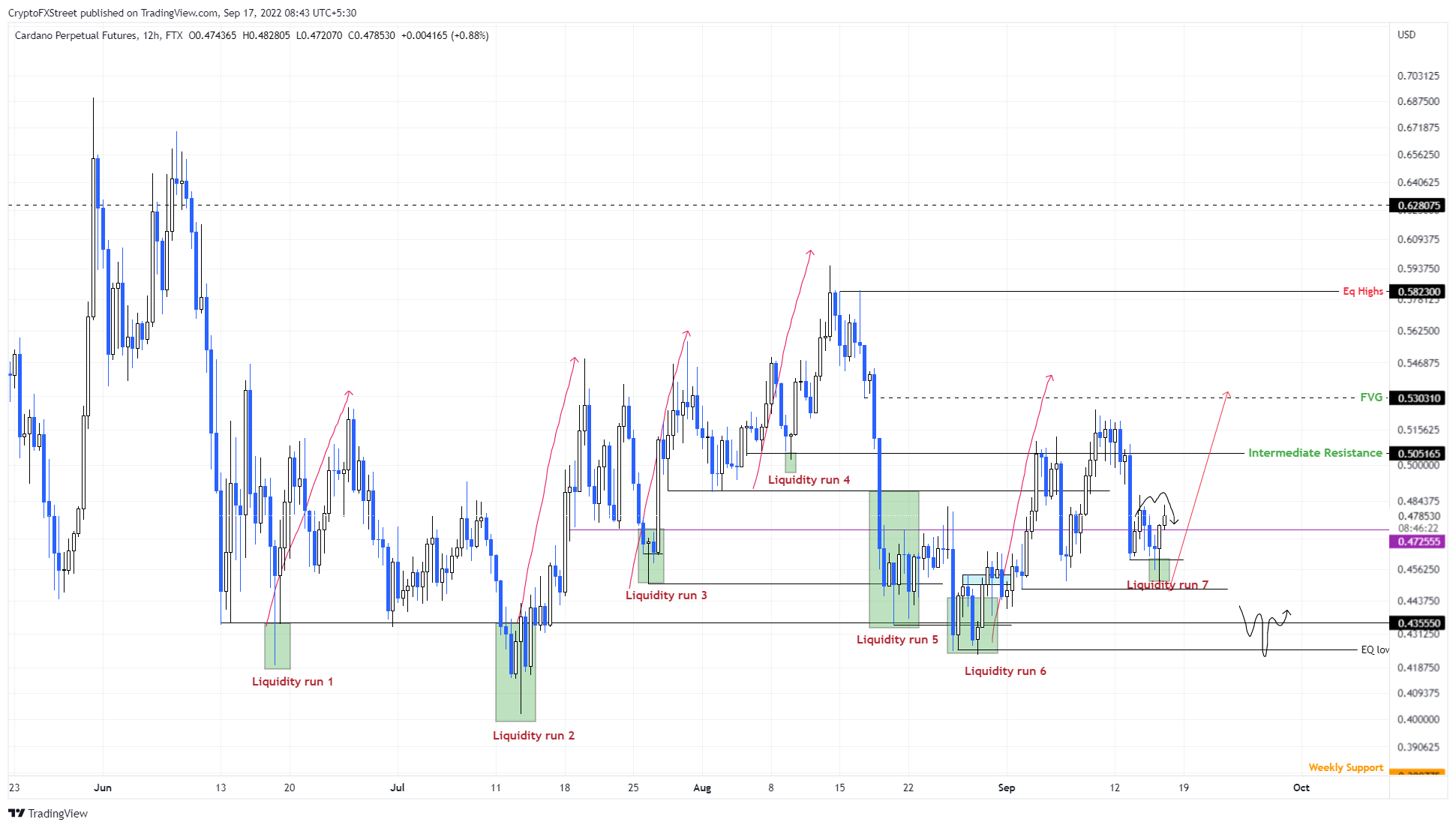 On the other hand, if Cardano price produces a lower low below the $0.450 level, it will invalidate the bullish thesis for ADA. This development could see Cardano price crash to the $.435 stable support level.

The video attached below talks about Bitcoin price and its potential outlook, which could influence Cardano price.

Coinabase has a lot of eyes on it, being the second biggest cryptocurrency exchange in the world. But despite that title, the exchange is losing revenue left and right due to the crypto market crash triggered by FTX’s bankruptcy.