Cardano price has been on a tight consolidative move for more than a month. However, this coiling up is a precursor to an explosive move. While on-chain metrics are all hinting at a bearish outlook, technicals suggest that there is hope.

Cardano price has set up three distinctive lower highs and five higher lows since September 21. Connecting these trend lines shows that the price action is squeezed and reveals the formation of a symmetrical triangle.

Since this pattern has no directional bias, it could break out either way. The target for this technical formation is obtained by adding the distance between the first swing high and swing low to the breakout point.

While the situation might seem black and white, it is not. Investors can expect Cardano price to breach the lower trend line first and enter the demand zone ranging from $1.99 to $2.10. 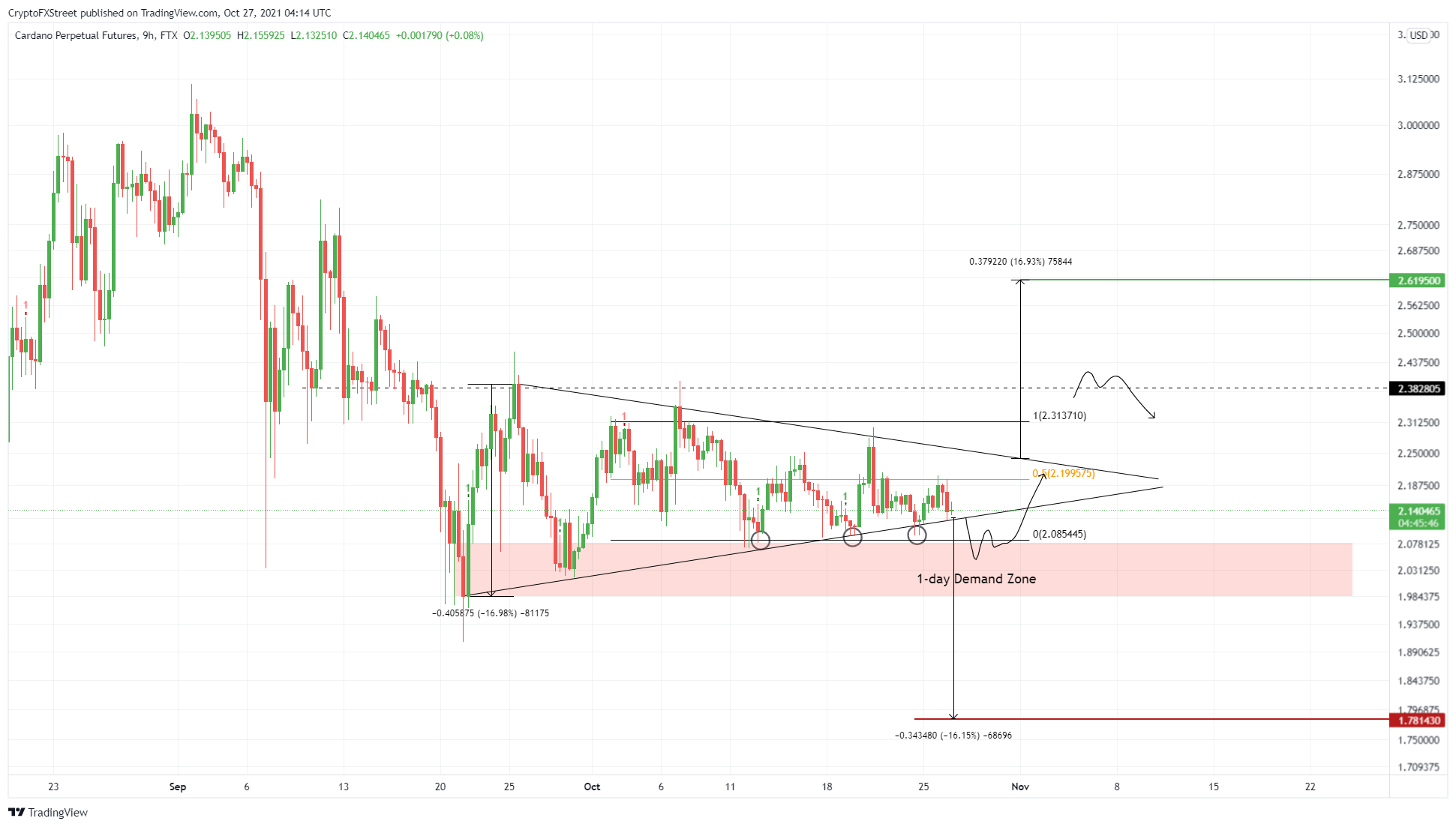 IntoTheBlock’s Global In/Out of the Money (GIOM) model shows that the immediate yet stable support level is $2.11, where roughly 147,87 addresses purchased a whopping 2.85 billion ADA.

Although the bullish move assumes that ADA bounces off the $1.99 to $2.10 demand zone, a decisive close below this area will put these investors “Out of the Money,” further increasing the selling pressure and invalidating the bullish thesis.

In this case, ADA might continue its descent and head toward its intended target at $1.78.

Further adding credence to the bearish outlook is the 60.7% decline in the number of large transactions worth $100,000 or more.

This on-chain metric serves as a proxy of high-net-worth individuals and can often help spot bullish trends. However, over the past six months, the number of such transactions has dropped from $3,500 to $1,370, indicating a reduction in institutional money flows.

While things are looking gloomy for the Ethereum killer, the demand zone ranging from $1.99 to $2.10 could be the salvation for bulls.