Cardano (ADA) had a violent correction on September 7, dipping 32%. In the meantime, investors and market participants are licking their wounds and have time to wrap their minds around what has happened these past few days.

As the dust settles, it looks like the correction was a bit exaggerated, and ADA has already paired half of its losses that occurred on September 7. Buyers stepped in eagerly at $2, which holds, of course, a significant psychological level. Next to that, at $1.98, the 55-day Simple Moving Average (SMA) came in. Price action never came down toward $1.89, but ADA would already have paired its losses entirely if it had, so buyers around and below $2 are omnipresent.

Danger ahead for Cardano with a possible dead-cat bounce

With a little over 12% to still recover, this correction is almost over and out. It could still put up a heavy might and might even trap buyers in a bull trap. Looking at the charts, ADA shows two trend lines crossing each other. The green ascending trend line was the rally's backbone since August 19 and had four solid tests. It even held the first trial of sellers on September 6, so the green trend line is not chopped up and will still retain some importance. A rule of thumb in trading is that support can turn into resistance, thus making this trend line now a resistance for buyers that they need to overcome in Cardano. 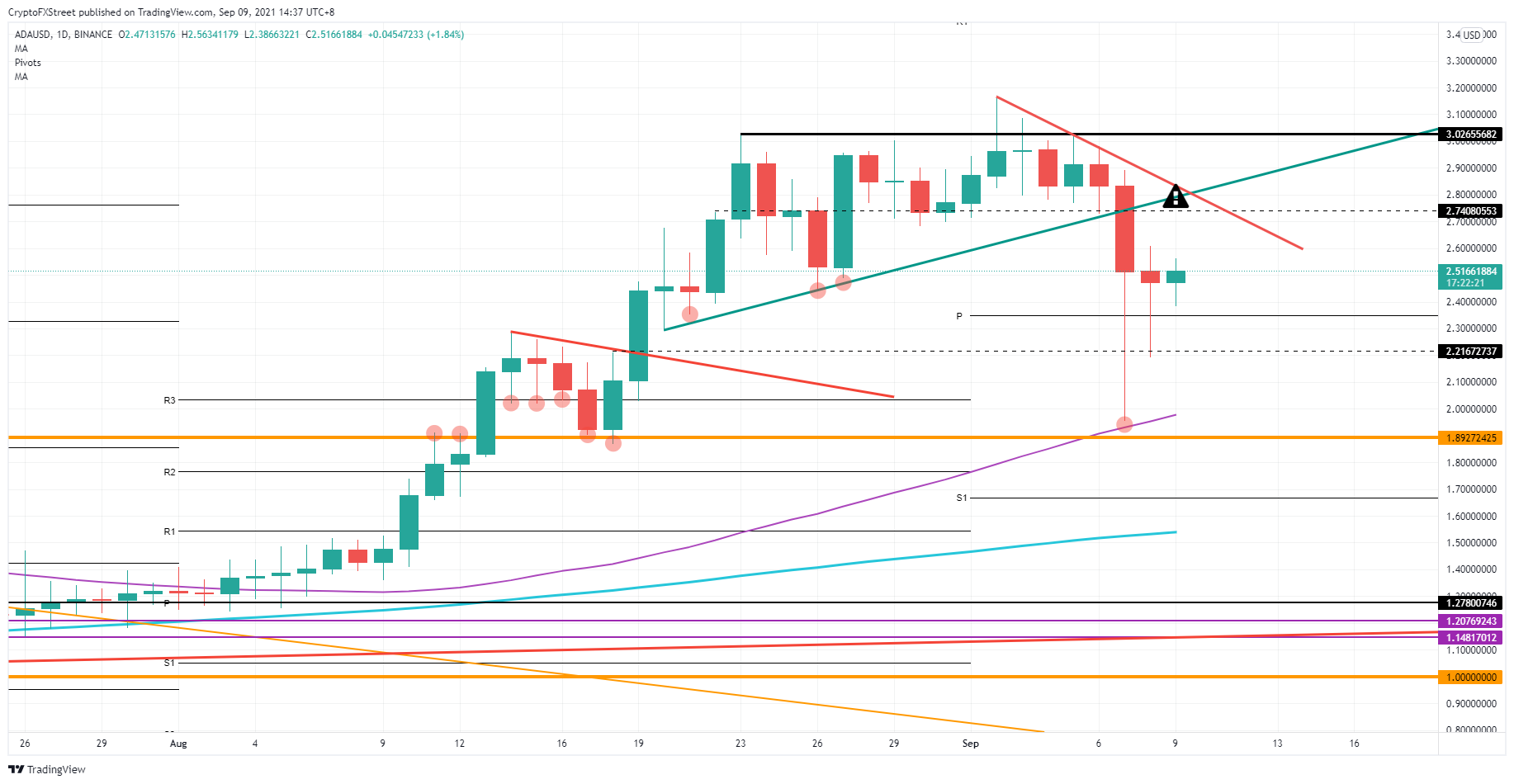 Another issue is the red descending trend line originating from September 2. It has had two solid tests that prove sellers are following the trend line and are defending it against any upside. This means buyers are now facing two heavy resistance levels that need to be broken to the upside if Cardano wants to get back to $3.

Buyers who joined late to the party and missed the entry at $2 would best wait or play this really short term. Sellers will be eagerly waiting for around $2.80 to defend both trend lines and have an incentive to go back in short against ADA. Buyers will want to add or step in either on the break above both trend lines or wait for the retrace back toward the monthly pivot at $2.35 before stepping in and running the price further up.