TRON's TRX price appears to be breaking out of a symmetrical triangle that has developed on its daily chart over the past 15 months. TRX price overcame the triangle's upper trendline over the past few hours and has yet to print a daily candlestick close above $0.086 to confirm the bullish outlook. 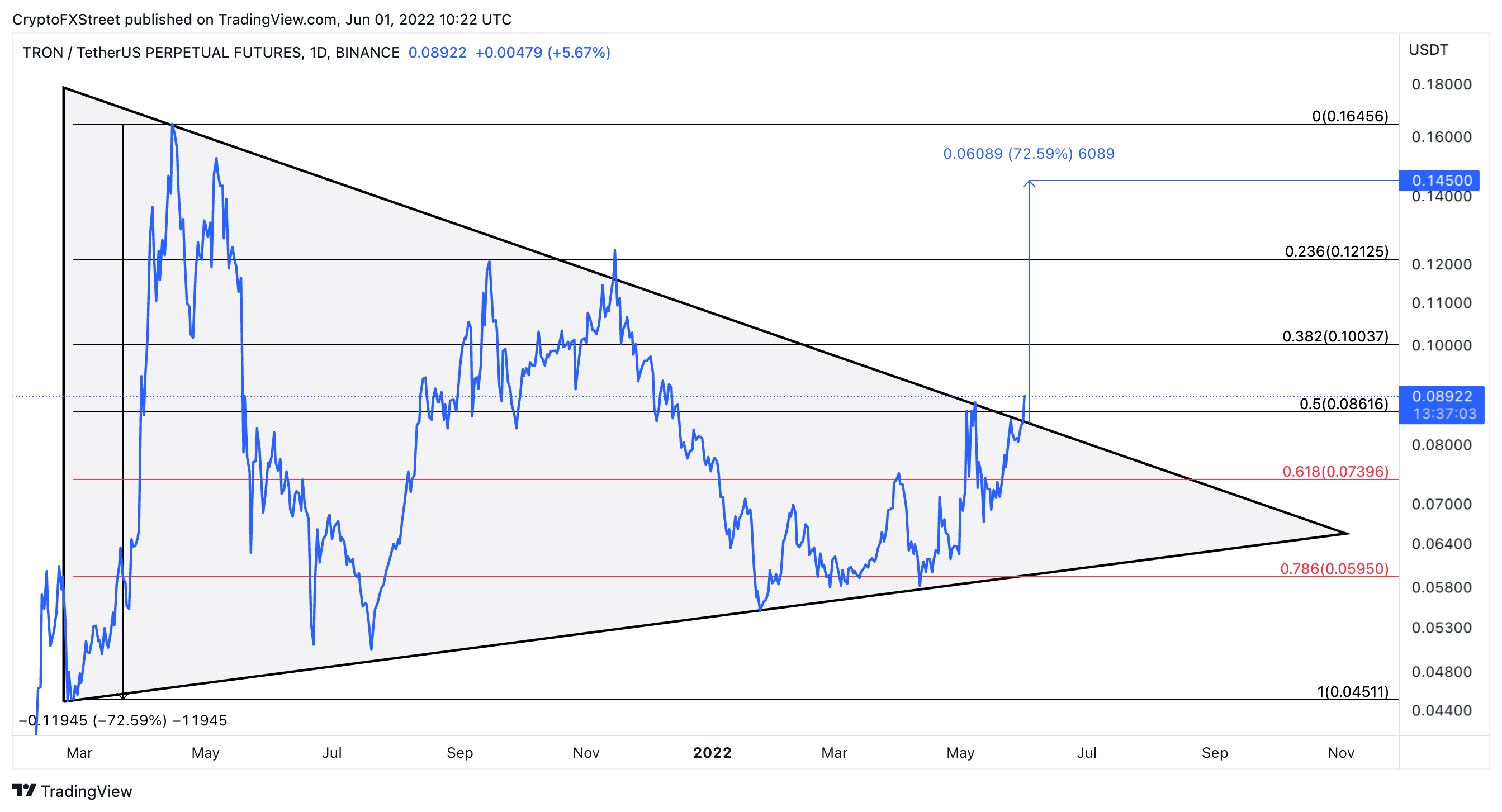 It is worth noting that failing to overcome the $0.086 resistance level will likely invalidate the bullish thesis and result in a correction to $0.074. But dipping below this support level can lead to further losses as the next important area of interest is at $0.060.

Analysts at FXStreet have evaluated the Terra LUNA 2.0 price chart and the token’s potential after its relaunch. In the following video, Akash Girimath, a leading cryptocurrency analyst at FXStreet reveals whether it is profitable to buy Terra’s LUNA 2.0 tokens.