Bitcoin price saw a momentary pause in its uptrend as it dropped by nearly 5% in less than an hour.

The downswing comes shortly after the Momentum Reversal Indicator (MRI) flashed a sell signal on the 12-hour chart. The pessimistic setup forecasts a one-to-four candlestick correction that seems to be underway.

Additionally, the downward price action pushed Bitcoin below a crucial support level repressented by the parallel channel’s trendline, hinting at a continuation towards the $56,643 support level.

If the selling pressure persists, BTC price could even slide to $52,500. 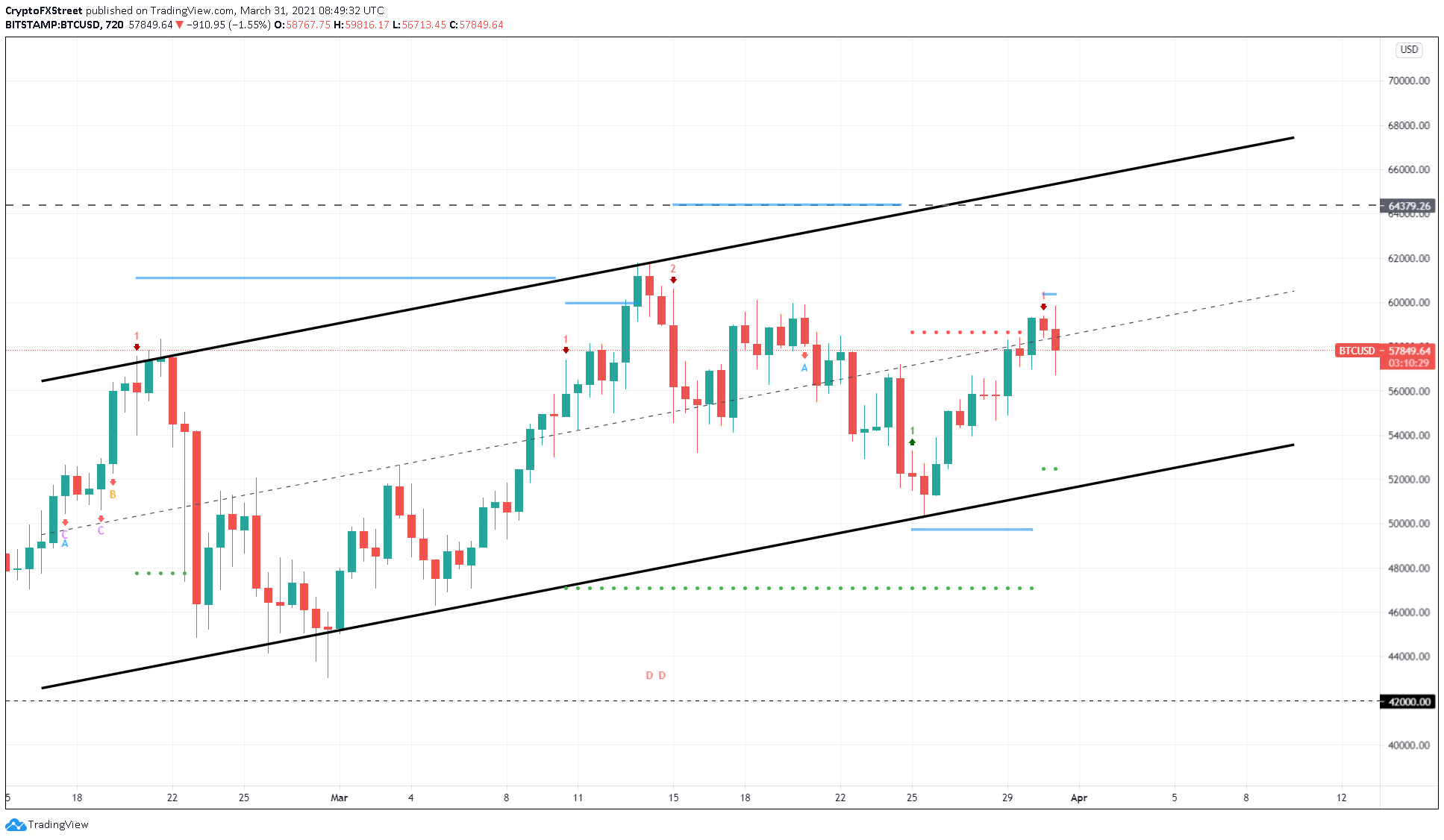 This minor uptrend could set the stage to propel the pioneer cryptocurrency toward the $64,000 level. This climb will face significant resistance at $60,300 and $61,000, but breaching these levels will generate enough bullish momentum to catapult Bitcoin price toward its intended target.

Adding credence to this bullish thesis is Bitcoin’s monthly chart, which shows a sixth consecutive green candlestick in play. Such a setup was last observed in 2013’s bull run.

Bitcoin price is heading lower following a break below a critical support trend line. The leading cryptocurrency is now exposed to a downside target of $56,568. The BTC IOMAP model suggests that the bellwether cryptocurrency is unlikely to drop below $56,000.

Chainlink price is witnessing its uptrend retreat following a technical signal that indicates the token has reached its local top. LINK is headed lower to retest critical support levels as the bears target $28.61 next. The token may fall toward the lower boundary of ...

SafeMoon price prepares to escape from prevailing downtrend with 60% ascent

SafeMoon has been locked in a downtrend since May 23, with little ambition to reverse the period of sluggish performance. While it's trapped in the prevailing consolidation chart pattern, an escape above $0.00000288 could spell trouble for the bears.

XRP price is trapped within a recent downtrend as the momentum has flipped to the downside. Ripple lagged behind while other cryptocurrencies, including Bitcoin and Ethereum, recently witnessed rallies reaching new all-time highs.