Bitcoin price could be awaiting a major upswing if the digital asset manages to slice above a crucial line of resistance. The prevailing chart pattern suggests that if the leading cryptocurrency could be expecting a 54% surge toward $110,000 if BTC breaks above $69,829.

Bitcoin price has formed an ascending triangle pattern on the weekly chart, suggesting that the general outlook for BTC is bullish. The prevailing chart pattern suggests a 54% upswing toward $110,714 if the bellwether cryptocurrency manages to slice above the upper boundary, which acts as resistance at $69,829.

The first line of resistance for BTC is at the 50% retracement level at $48,777, coinciding with the 50-week Simple Moving Average (SMA). 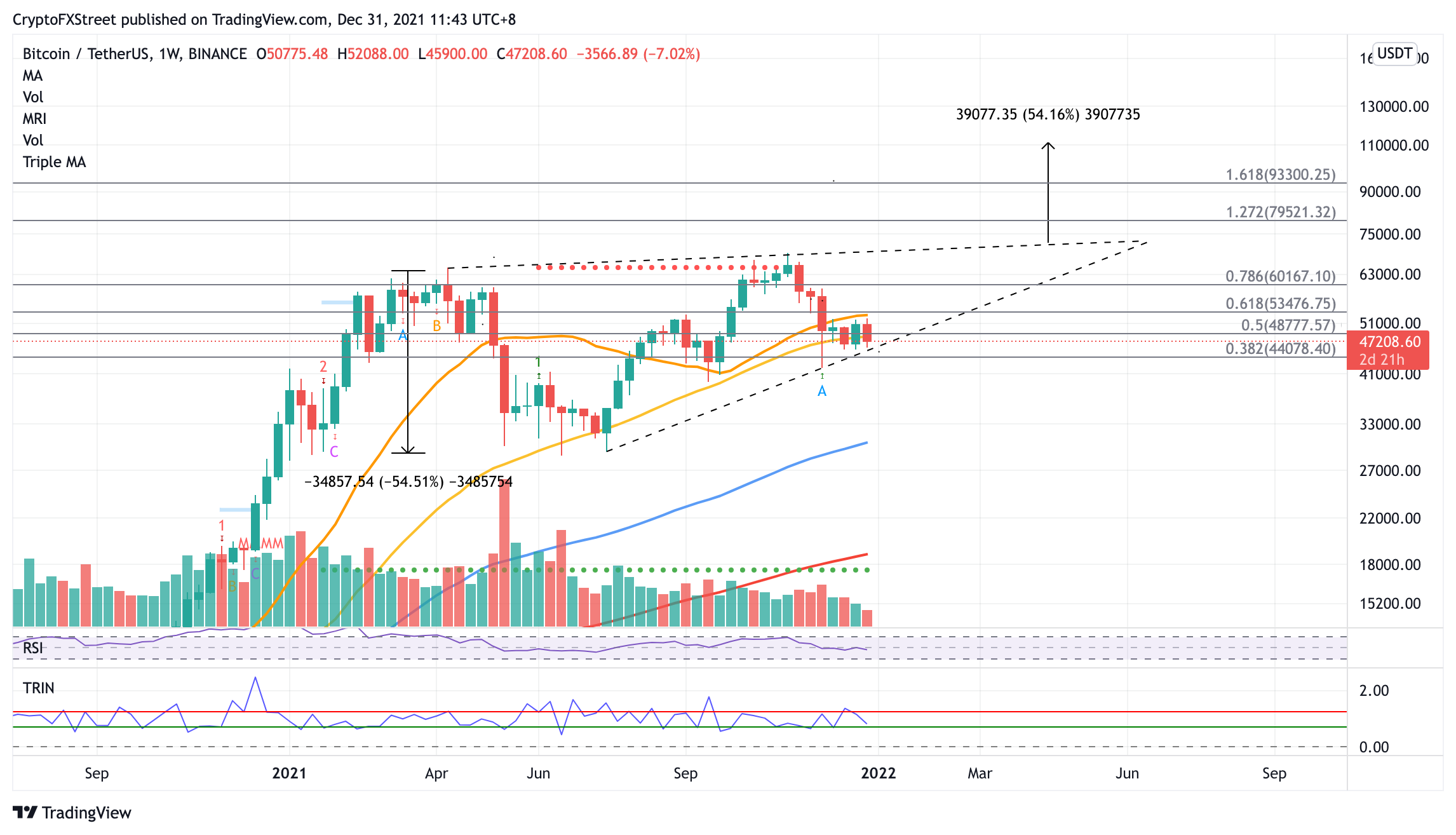 However, if selling pressure increases, Bitcoin price will test the lower boundary of the governing technical pattern as support at $45,766. Additional lines of defense will emerge at the 38.2% Fibonacci retracement level at $44,078, then at the November 29 low at $42,150.

Investors should note that if Bitcoin price falls below the downside trend line of the governing technical pattern, the bullish outlook would be invalidated.