The cryptocurrency market has achieved an incredible milestone following the breach of the $1 trillion mark in total market value. Crypto enthusiasts celebrated the historical accomplishment amid extreme volatility and Bitcoin’s ascent to a new record high significantly above $37,000.

Digital assets have hit the milestone after a nearly three-month bull run led by Bitcoin. The rally has been attributed to increasing demand from speculative traders by various strategies in the industry. Besides, high net worth individuals, institutional buyers like the $1 billion investment by MicroStategy, and other trend-following investors have contributed to the ongoing rally.

The flagship cryptocurrency spiked to a new all-time high above $37,000 during the Asian trading session on Thursday. In just 12 months, Bitcoin has soared four times its value and currently accounts for the lion’s share of the cryptocurrency market. According to the data by CoinMarketCap, Bitcoin’s dominance sits at 68.5%, leaving all the altcoins with only 32.5%.

The ongoing rally puts seasonal technical indicators to the test, especially when it comes to the Relative Strength Index (RSI), which helps identify overbought and oversold conditions in markets. Usually, an overbought condition suggests that an asset is trading above its real market value. Therefore, it could be overvalued; thus, the situation is followed by a reversal in price action.

On the other hand, an oversold market condition shows that the market is undervalued and hints at a recovery coming into the picture. However, the ongoing Bitcoin bull run has seen bull markets hitting overbought conditions and remaining overbought. 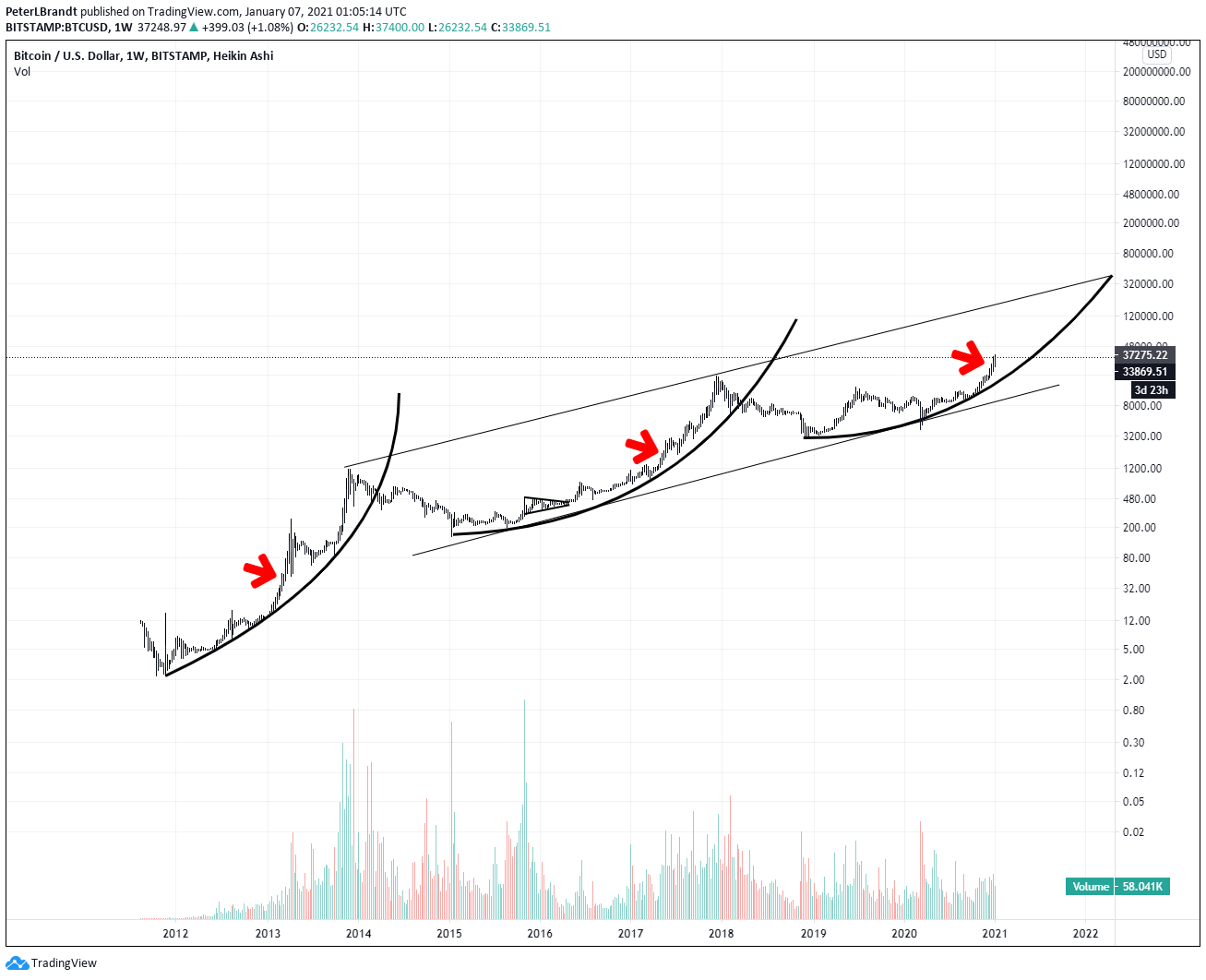 At the time of writing, Bitcoin is trading at $37,470 following a minor retreat from levels close to $38,000. The RSI is already in the oversold area, but as discussed above, in the ongoing bull market, Bitcoin tends to remain in the overbought condition. Thus the need to analyze the market holistically, keeping in mind the exceptionally high volatility.

Bitcoin’s bull market seems intact despite the resistance at $38,000. High support, preferably above $37,000, may call for more buy orders as investors and traders continue to speculate the price at $40,000 and $50,000, respectively.