The news from Bank of America last week stating that Bitcoin futures would be available for clients was a much-needed dose of positivity for the cryptocurrency markets. It lifted sentiment, and BTC bounced off $31,584.74, a level of importance from June 25.

Bitcoin price recovers on the weekends and drops during the week

Cryptocurrencies seem to be having profitable weekends of late, only to pair gains on Monday morning and then look for further downside. The positive tailwind from Bank of America was short-lived and could not attract many longer-term buyers into Bitcoin.

These are two very strong reasons for a cap on further upward price action. 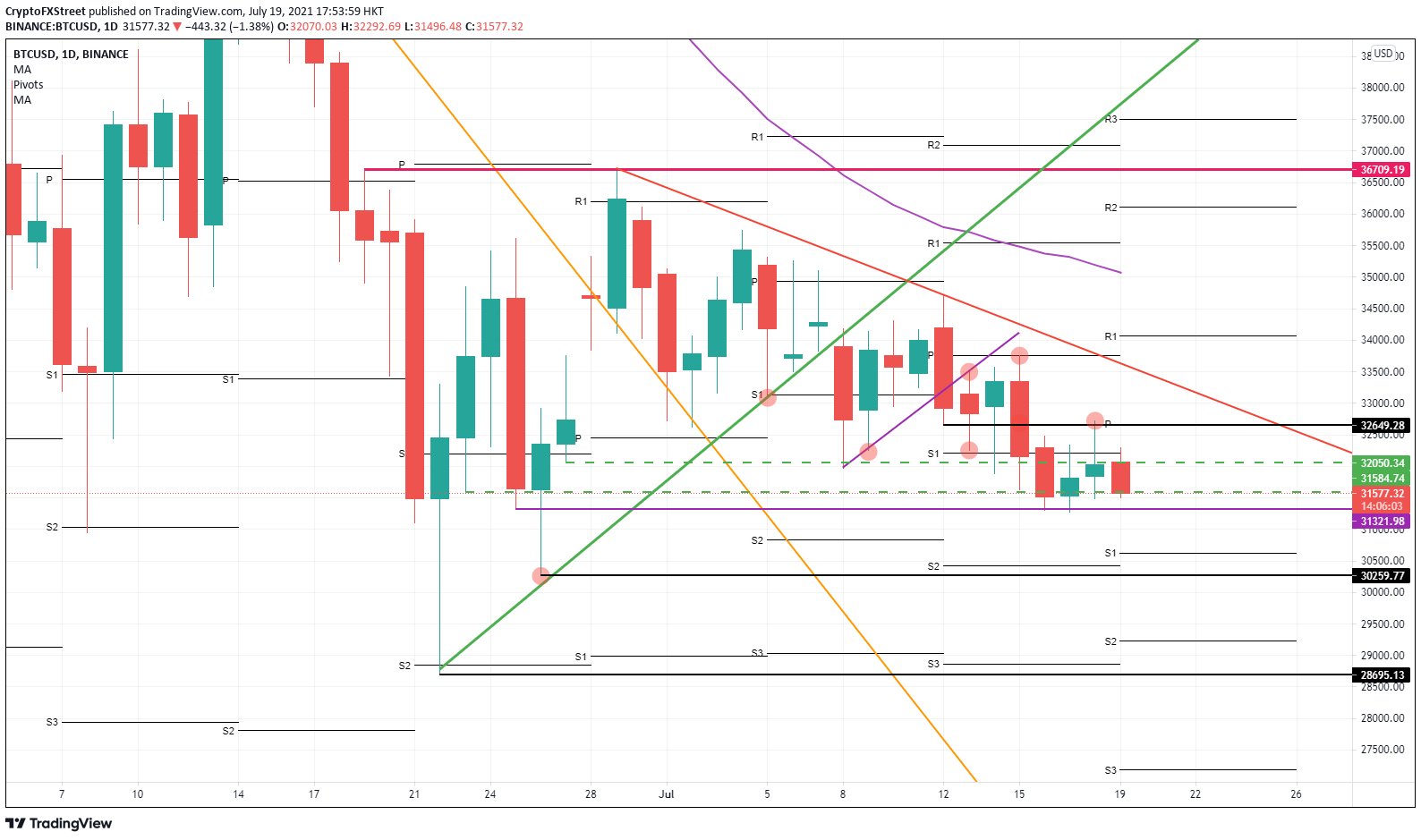 To the downside beyond the distribution zone, $31,321.98 has been tested two times already. The rule of thumb is that the third time’s the charm, so expect this level to break to the downside in the coming days.

Further down, $30,259.77 coincides with the June 26 low and has a few support levels from previous weeks just above.

Full completion of the trade to the downside will move toward $28,695.13. Again Bitcoin price has just above five supporting levels that, give or take, fall in line with each other on a weekly basis. This level will be marked up for buyers waiting to long BTC.