Bitcoin has reached a $217 billion market capitalization after the bullish momentum of the last week. The digital asset has gained more than $27 billion in market cap after hitting a low price of $10,249 on September 24. Bulls are in full control and eying up $12,000.

Bitcoin can potentially jump towards $13,000

In the past six hours, Bitcoin's price has increased by over 3% from a low of $11,476 to a peak of $11,834. It seems that the flagship cryptocurrency is breaking some of its correlation with the stock market as crucial indices like the S&P 500 are actually down, not up.

Bitcoin managed to turn the 50-SMA into a support level on October 16 and has been defending it ever since. The MACD remains bullish and continues strengthening, especially after the last price spike. The next price target for BTC would be the psychological resistance level at $12,000.

However, looking at the In/Out of the Money Around Price chart, we can observe that there is very little resistance to the upside compared to support. In fact, it seems that Bitcoin could run up to $13,500 easily without facing too many hurdles on the way.

Great data visualizations from @cryptoquant_com, which detail a lot of #Bitcoin's on-exchange supply compression I had referenced in an previous thread

1.Netflow (Inflows – Outflows) across the most widely used exchanges), has consistently remained negative throughout 2020 pic.twitter.com/t8EGyzCssL

On top of that, data provided by Cryptoquant shows the number of coins moving off exchanges is greater than coins coming in. This is an indication that investors are not looking to sell their Bitcoin but rather hold. 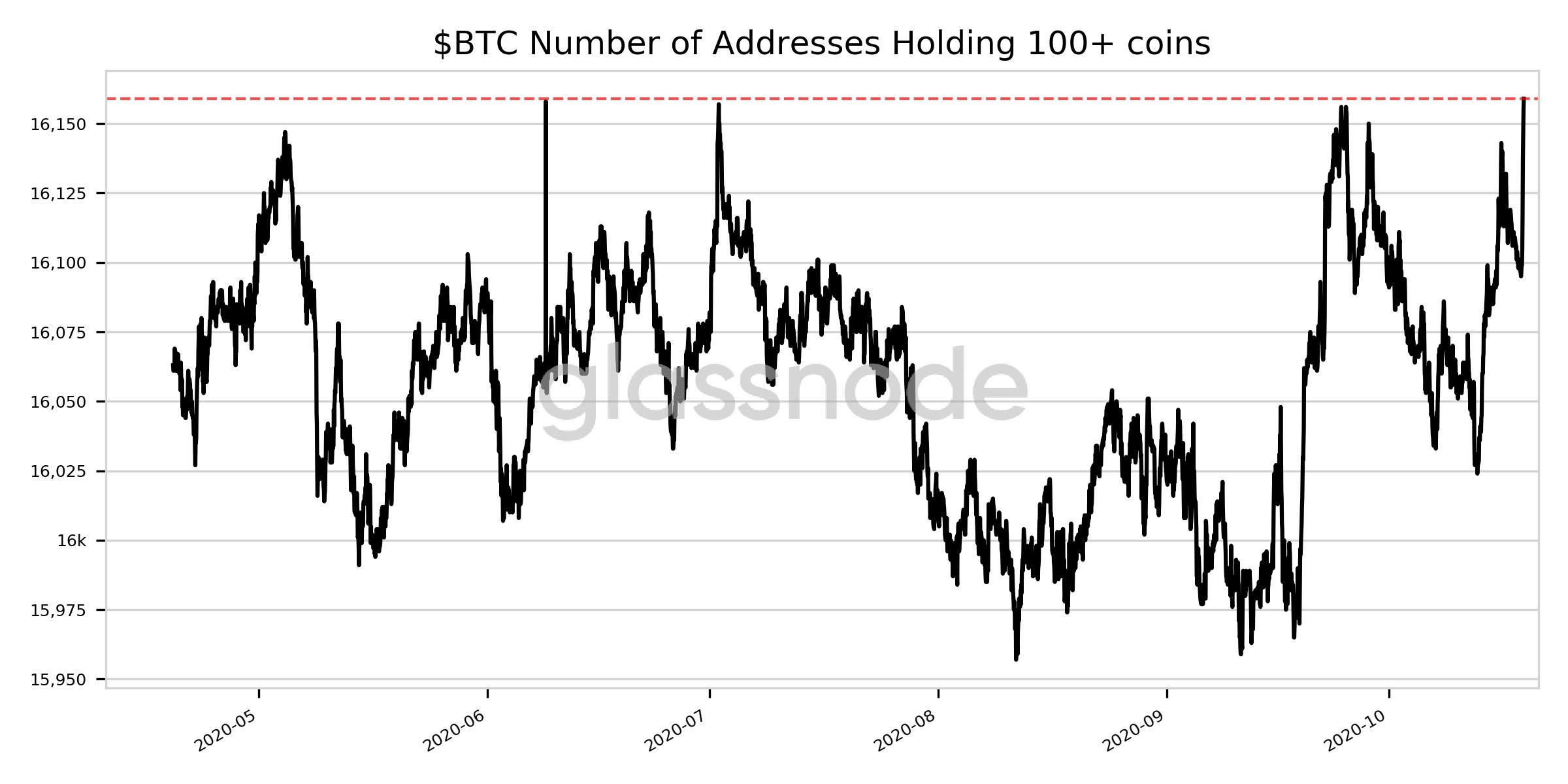 Furthermore, the number of whales holding at least 100 BTC reached a 6-month high of 16,159. The chart provided by Glassnode shows a massive spike in the past few days, which means whales are actively buying Bitcoin in view of a potential breakout to $13,000.

Nonetheless, bulls are still facing several resistance levels on the way up. The critical point established at $11,930 on September 1 is the most important in the short-term. Rejection from this level can quickly turn the odds in favor of the bears as there aren't many support levels on the way down either.

Additionally, it seems that the number of new addresses joining the network is dropping by a 7% average in the past week. Similarly, active addresses are also in a downtrend, around 8.4% in the past seven days. This metric would favor the bears, which are eying up a re-test of $11,000 from a rejection at $11,930.

Several on-chain metrics have turned in favor of the bulls, pushing the price above $11,750 for the first time since September 2. The next price target for Bitcoin would be the psychological resistance level at $12,000, followed by $13,000.

On the bearish side, Bitcoin is at risk of another rejection from $12,000 and possibly from $11,930, a resistance level formed on September 1. The price target for bears would be $11,000, a psychological level coinciding with the 100-SMA on the daily chart.