Bitcoin is trading at $13,857 after hitting a low of $13,512 in the past 24 hours. It seems that the uncertainty around the US presidential election is not stopping the digital asset from climbing towards $14,000. While it remains unclear whether President Donald Trump or former vice president Joe Biden will win, several technical and on-chain metrics suggest that BTC is facing intense selling pressure.

As uncertainty continues to reign the cryptocurrency market, Bitcoin is showing several bearish signals on its 1-day chart.

For instance, TD Sequential indicator is currently on a green nine candlestick, forecasting a one to four daily candlesticks correction. The RSI also sits in overbought territory and the SAR points recently moved on top of BTC's price, which is a very negative sign. 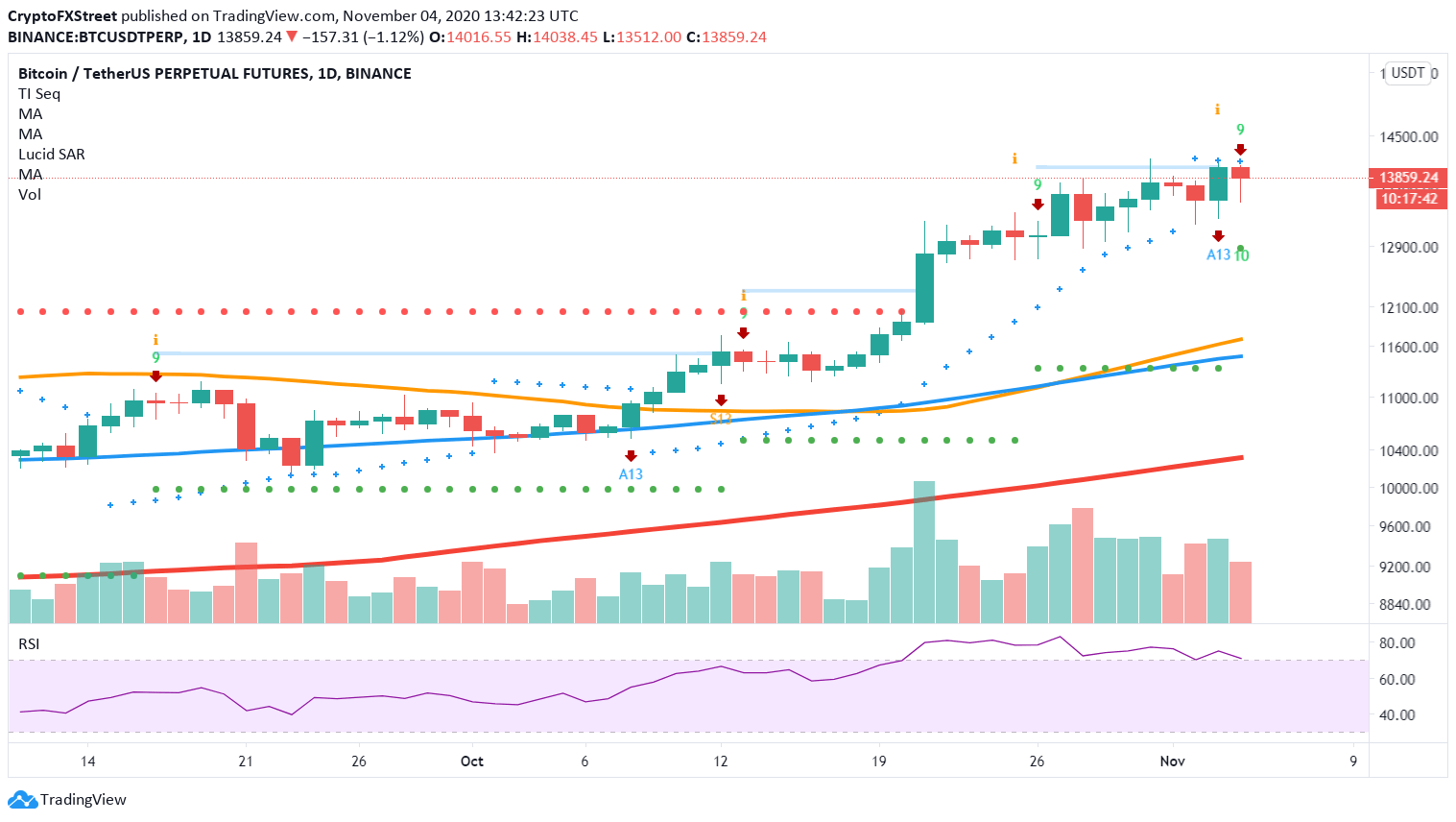 Additionally, the number of BTC being sent to exchanges can be considered one of the most concerning on-chain metrics because it indicates that selling pressure is building up. The blockchain analytics company CryptoQuant recorded a significant increase in Bitcoin's exchange inflow, suggesting that investors are preparing to sell. 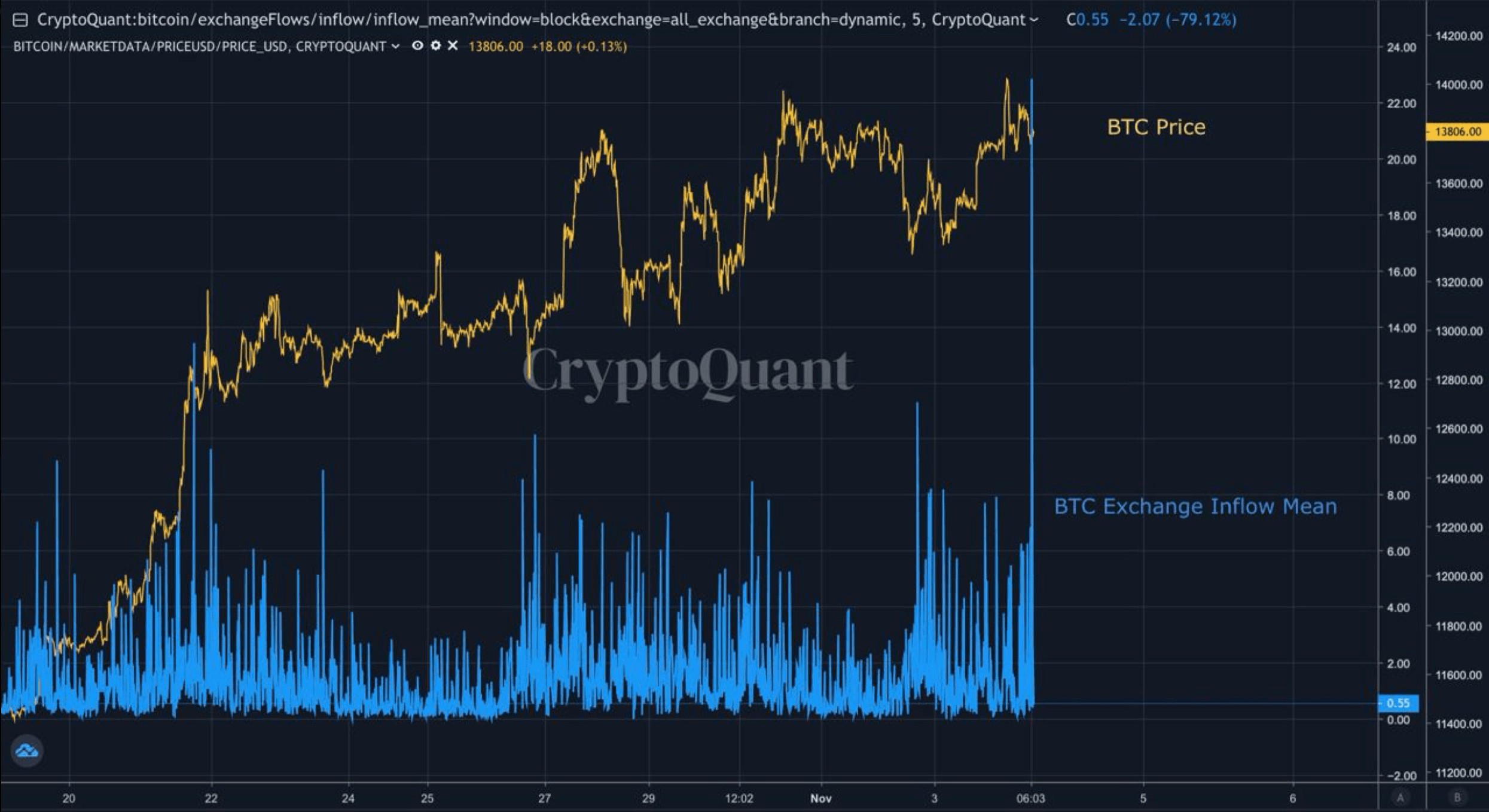 Such a spike in BTC's exchange inflow seems to be correlated with a massive number of dormant tokens exchanging hands over the past 24 hours. Santiment's Age Consumed chart recorded the most significant number of idle tokens being transferred since July 2019. This metric adds credence to the thesis that sell orders are piling up.

If all of these bearish signals are validated, Bitcoin's price may dive towards $13,000 to re-test this psychological level. A further increase in supply around this price hurdle could push it to the next important area of interest, around $12,700. Here, roughly 700,000 addresses had previously purchased over 500,000 BTC, based on IntoTheBlock's IOMAP model.

It is worth mentioning that the IOMAP cohorts show virtually no resistance ahead of Bitcoin's price. The only area that may provide stiff resistance sits around $15,000, where 130,000 addresses bought 60,000 BTC. A breakout above this psychological hurdle can push prices towards $16,000.