Bitcoin (BTC) is “seriously cheap” at $56,000 relative to network activity — and that means only one thing, one analyst says.

Advanced NVT uses Bitcoin’s market capitalizatio and network volume to determine the extent to which BTC is overbought or oversold at a certain price point.

As Swift explains in an introduction to the metric, it builds on the original NVT, accounting for changes in investor habits as Bitcoin matures over time.

Advanced NVT is thus the total Bitcoin market cap divided by the 90-day moving average of network transaction volume. Currently, it is “deep into oversold territory,” and when that happens, a price rise soon follows.

“Expecting a strong reaction in the not too distant future.”

An accompanying chart shows that Advanced NVT is now at its lowest since the start of 2020, with the exception of that year’s coronavirus crash and the 2021 miner shutdown in China. 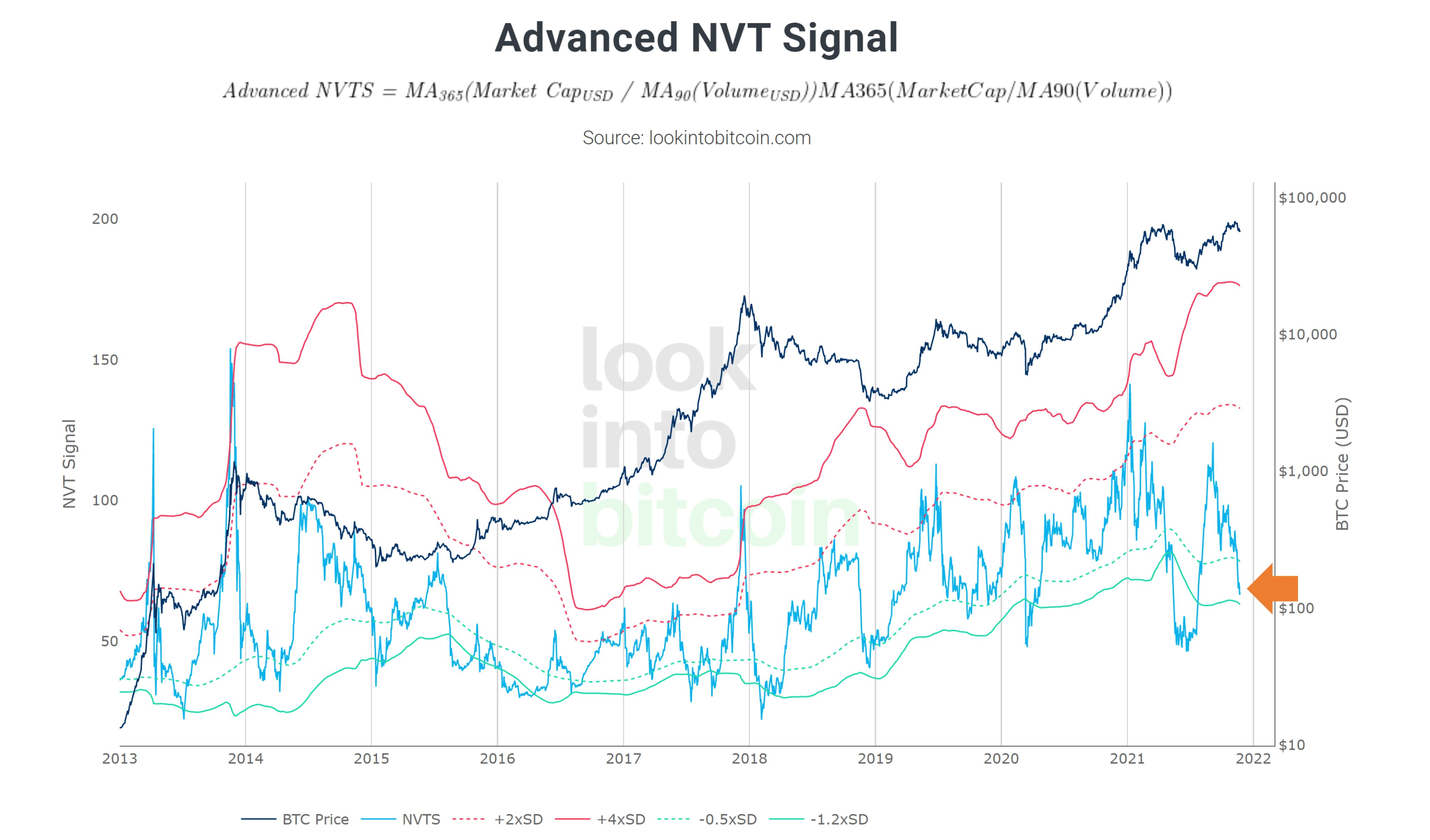 As Cointelegraph reported, NVT is far from the only on-chain indicator signaling a trend reversal in current conditions.

Relative strength index (RSI) values are likewise hinting at a BTC price rise, while a host of others refuse to flip bearish despite flagging sentiment.

STH wallets are those that have spent Bitcoin within the past 155 days.

“Seeing STH supply this low whilst price is near ATHs is a relatively unique case.”

Bitcoin price a countertrend move just before November's auction finalized. Still, on-chain metrics suggest the downtrend is not yet over. Bitcoin price is undergoing a profit-taking consolidation after the bulls prompted a last-minute countertrend rally into the $17,000 price zone.