Bitcoin price has had a wild ride in the last few weeks. The crypto traded above $8,000, came near $8,500 is one of the most spectacular bull rallies this year in July. However, the month of August has witnessed Bitcoin drop mercilessly to the extent of trading below $6,000.

The bear pressure appears to be slowing down allowing buyers to take control again. Brian Kelly, analyst with CNBC yesterday on the Bria’s “Fast Money” segment took time to expound on the current rebound in the market. He alluded the current bounce to the expiry of CBoE-based Bitcoin Futures. The statistic provided by Justin Stanislaw show that Bitcoin has shown tendencies of performing poorly on the days leading to the expiry date of the futures. However, post the expiry date, the crypto witnesses at least a 10% surge. The same was witnessed in April on the expiry of futures where Bitcoin went up 20% in less than 6 days.

In the meantime, Bitcoin price has continued with the bullish trend explored in an earlier analysis published today above $6,300. The price came close to $6,600 yesterday before the trend turned bearish toward $6,200 but formed a low of $6,208. Bitcoin buyers are not ready to give in to selling pressure and at the moment they are battling to retrace above $6,400 short-term resistance.

Significantly, the bulls have their eyes set on $6,500, moreover, the chart outlook is positive. For instance, the stochastic is rising above the oversold. While the moving average gap is narrowing with the 50 SMA moving to cross above the 100 SMA to signaling that the influence of the buyers is rising as well. On the flipside, there are a couple of support areas at $6,300 and the 50% Fib level at $6,274.43. The 50 SMA will also offer support above the next support target at $6,200.

Bitcoin price is likely to continue correcting higher and reclaim $6,400. The key resistance at $6,500 is within reach especially if the $6,400 resistance is cleared. 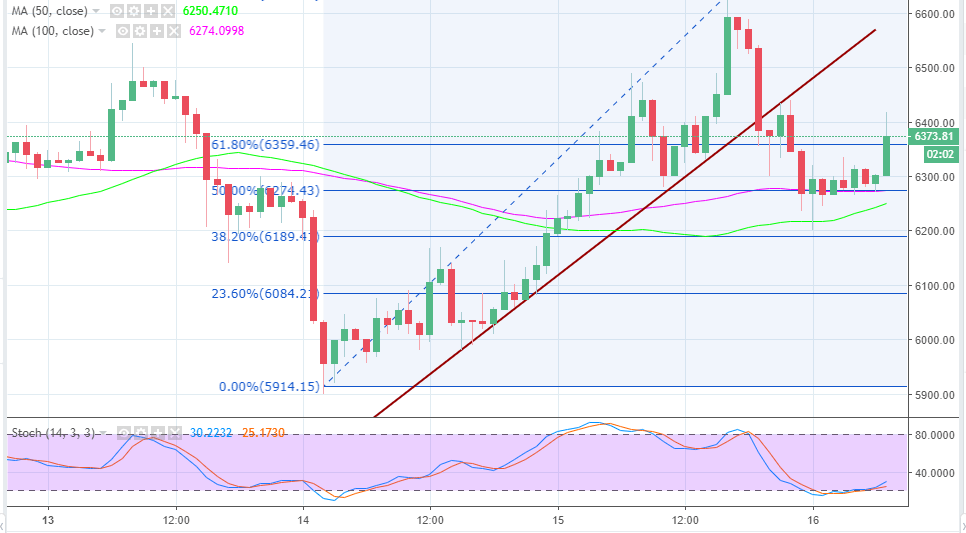 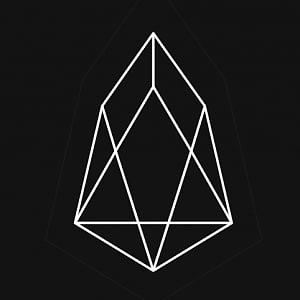