Bitcoin price has been limited below the resistance at $6,800 since the decline that had it drop from trading above $7,000 in June. The Bulls have managed to recoil the price from changing hands below $6,600, but they lack enough momentum for further upside corrections back above $7,000 (critical resistance zone). At the moment, BTC/USD is battling to consolidate above $6,700, although it is still limited at the narrow end of the rising wedge pattern.

In the latest report published by Chinese state media, the Central Bank of China is very contended with the current status of cryptocurrency ban in the country. The report shows that the Chinese Yuan currency is utilized in less than 1% of all crypto-trades. China banned the trading of cryptocurrencies along with Initial Coin Offering in September 2017. The crackdown on virtual currency activities has continued since then. An industry analyst at the Zhongchao Credit Card Industry Development Company, Zhang Yifeng commented on the new data from the central bank saying:

“The timely moves by regulators have effectively fended off the impact of sharp ups and downs in virtual currency prices and led the global regulatory trend,”

Guo Dazhi, a research director at Zhongguancun Internet Finance Institute also commented on the effect of the ban on cryptocurrencies. He said:

“This indicates that the policy has been very successful. It is within expectations that the yuan’s share in global Bitcoin transactions would drop after China announced the ban.” 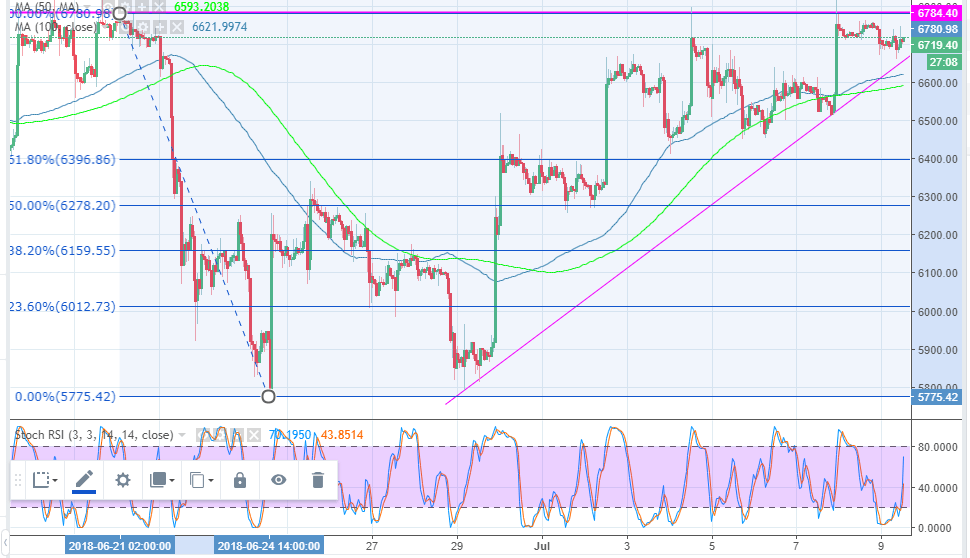 Bitcoin Price Analysis: BTC bulls may hit a brick wall on approach to $9,800

Bitcoin (BTC) extended the recovery to trade at $9,750 at the time of writing. The first digital asset bottomed at $9,300 on February 19 amid massive sell-off and managed to regain some ground since that time.

Bitcoin Cash explored the region at $350 as I discussed in the previous article. However, the bulls quickly entered the market ready to buy low and push the price upwards. BCH/USD is already in the green ...