The recent blackout in China’s Xinjiang region has caused a drop in hash rate from several Chinese Bitcoin mining operations. Despite several traders suggesting that the Bitcoin price crash was correlated to the hash rate plunge, some analysts have not reached the same consensus.

China’s Xinjiang province faced a major power outage due to a coal mine explosion. According to prominent crypto analysts, Bitcoin’s hash rate dropped by 30% instantly, while Xinjiang and Sichuan provinces together have over 50% of the overall Bitcoin hashrate, according to Dovey Wan, the founding partner at Primitive Crypto.

Thomas Heller, the co-founder at Compass Mining, explained that mining farms in Xinjiang were closed on April 16 in relation to the coal mine accident earlier in the week.

According to Nic Carter, co-founder of Coin Metrics, based on the recovery of the coming week, estimation could be made of Xinjaing’s share of the Bitcoin network. He added that Xinjiang’s grid going down and its effects on Bitcoin’s hash rate are what economists call a “natural experiment,” which could act as a helpful source of data.

Prominent analyst Willy Woo suggests that Bitcoin price and hash rate have always been correlated. Woo also looked at the latest hash rate data on a 6-hour moving average and suggested it has almost been fully recovered. The analyst suggested that this could be a massive buying-the-dip opportunity for those who are looking to enter the market.

Bitcoin corrections are not monocausal

Bitcoin price suffered a massive drop over the weekend, erasing most of its gains when it reached its all-time high. Woo also suggested that the Bitcoin sell-off was also due to the anticipation of miners going offline in China, which triggered the liquidation of short-term speculator positions. 9,000 Bitcoin were sent to Binance, which Woo pointed out as a sell-off from those with closer knowledge of the happenings in China. 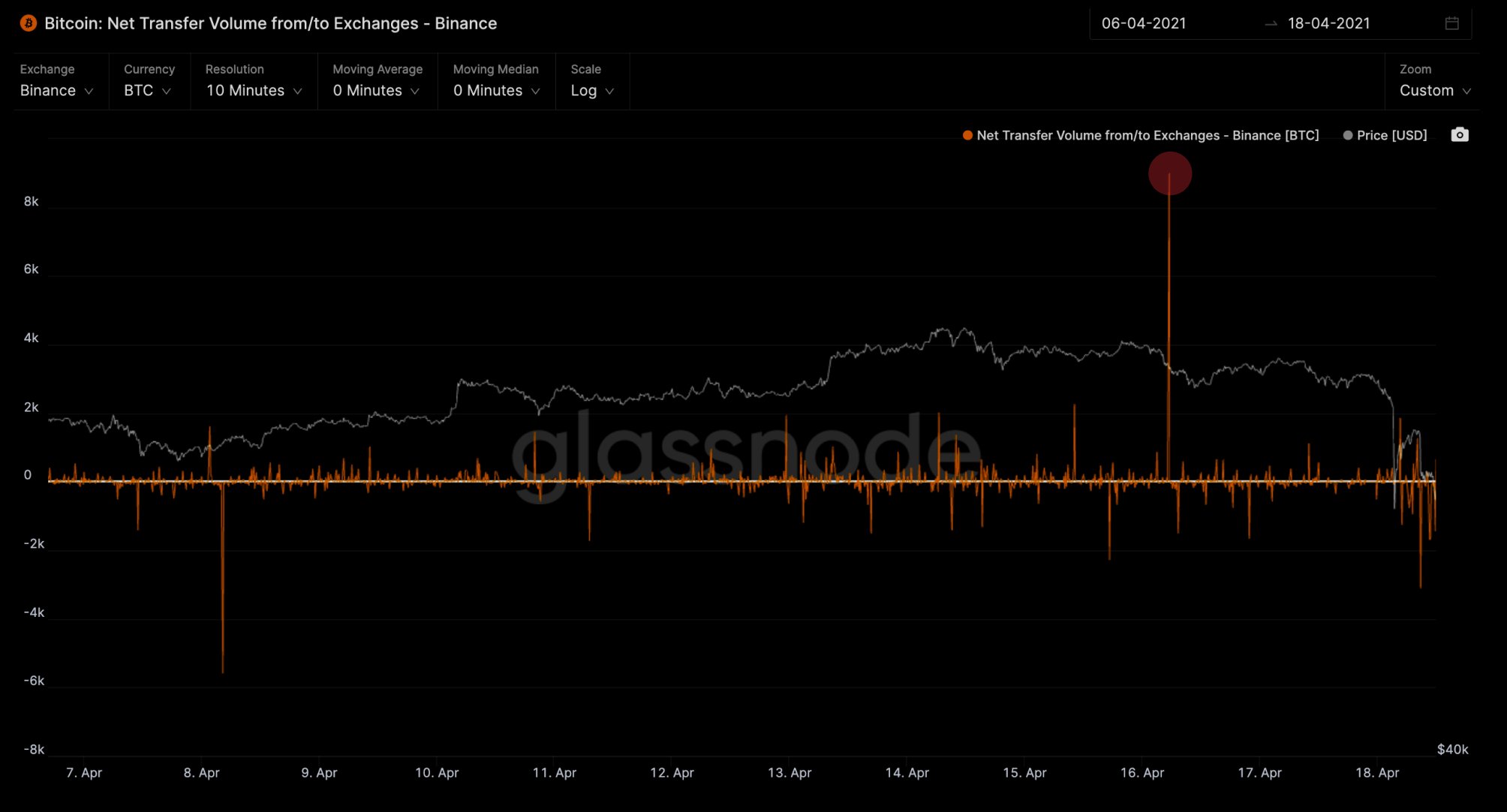 Despite the steep Bitcoin price drop, Woo indicated that longer-term fundamentals are strong.

Larry Cermak, the director of research at The Block, dismisses the argument that the hash rate plunge was the reason for the recent BTC price crash. However, he acknowledged that the hash rate could have dropped by around 20% due to the electrical gird blackouts in China. He said:

What’s hilarious is that the hashrate is actually at exactly the same level as when people were saying it’s down 40%. There has been no change whatsoever, just statistical inaccuracy connected to the calculation. Still down about 20% from the peak.

Cermak explained that corrections are natural after massive rallies, especially when weekends are usually met with low liquidity in the market. Bitcoin price rally was fueled by positive sentiment around the Coinbase direct listing last week. Cermak added:

The best advice in this market is to stop looking for reasons and always be ready for large 20% down moves that have always happened.

It was also due to market exhaustion that led to the latest Bitcoin price drop. He concluded that markets have been running up for weeks, traders have been overleveraged, and “a lot of negative narratives converge.”

Adam Back, the CEO of Blockstream, indicated that many people have misread and relied on graphs that are “wrongly extrapolating too short sample periods from high variance block-interval.” He added that some graphs are under-reporting hash rate due to low sample rate bias.