One of the best analysts in the world, Mike McGlone, working for Bloomberg Intelligence, has stated that Bitcoin can reach $100,000 but it will be a hard path. In the latest Bloomberg crypto newsletter, McGlone talks about the past history of Bitcoin and relevant indicators.

Since initially reaching $10,000 in 2017, the benchmark crypto corrected about 70% and remains in an extended period of consolidation around that level. When Bitcoin first traded at $1,000 in 2013, it corrected about 80% and consolidated. About four years after initially reaching $1,000, it added a zero. Considering normal maturation, about double the time frame from $1,000 to $10,000 would come in around 2025, for Bitcoin to potentially add another zero.

One of the main points of the report is the increase in Bitcoin demand. McGlone states that the flagship cryptocurrency needs to first increase its market capitalization for large institutions and central banks to jump in. The report says that ‘Central banks have been big buyers of gold, absorbing about 20% of annual supply in 2019’

However, this 20% would be too small for them considering the total market capitalization of Bitcoin is $200 billion while gold is at $9 trillion.

The report also briefly mentions Tether and its potential to surpass the market cap of Ethereum in 2021.

A digital version of gold

Another positive factor in favor of Bitcoin is big institutions buying. The Grayscale Bitcoin Trust has been buying significant sums of BTC over the past year and has more than 400,000 coins already.

On a 52-week basis, Bitcoin is the most correlated to the metal in our database since 2010. When futures were launched in 2017, the Bitcoin-to-gold relationship was closer to zero vs. about 0.44 now. 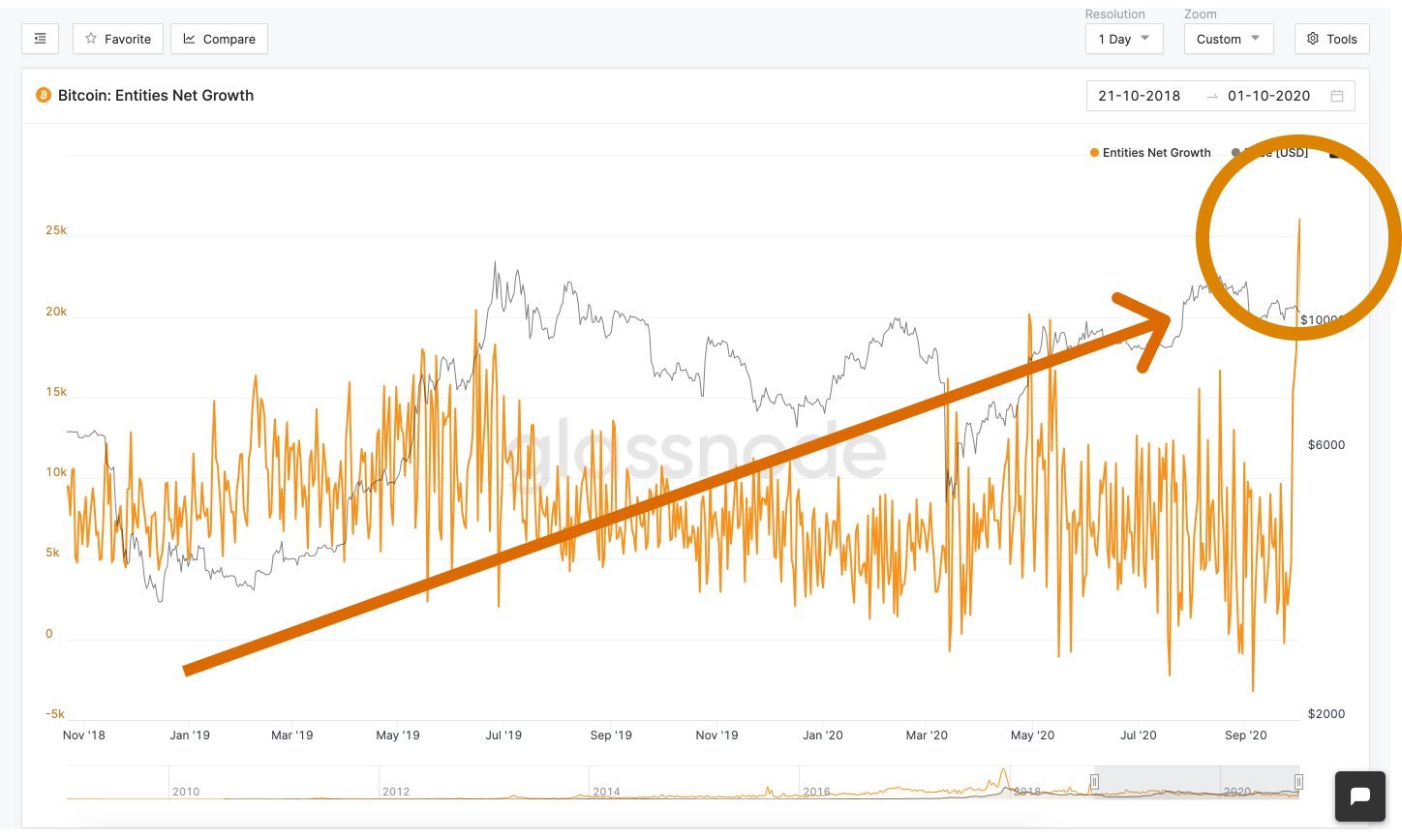 Bitcoin is already showing signs of a short-term recovery. Looking at the chart of new addresses entering the network, we can observe a massive spike to 25,000 not seen for years. According to the chart, Bitcoin usually sees 5-10k new addresses per day.

#Bitcoin STH-MVRV Ratio has been above one since April.

Currently testing the support line at 1 (indicative for trend reversals) – short term holders are valuing $BTC at its realized price.#Bullish as long as we hold this level.

Another on-chain metric in favor of Bitcoin is the Short Term Holder MVRV (STH-MVRV). The chart has been positive for Bitcoin since April, holding above 1, which means holders are ‘valuing BTC at its realized price’

One of the most famous models that intends to predict the price of Bitcoin is the S2F. The idea behind this model is that Bitcoin is comparable to commodities like gold because its difficult to increase their supply. The flagship cryptocurrency has a limited supply. 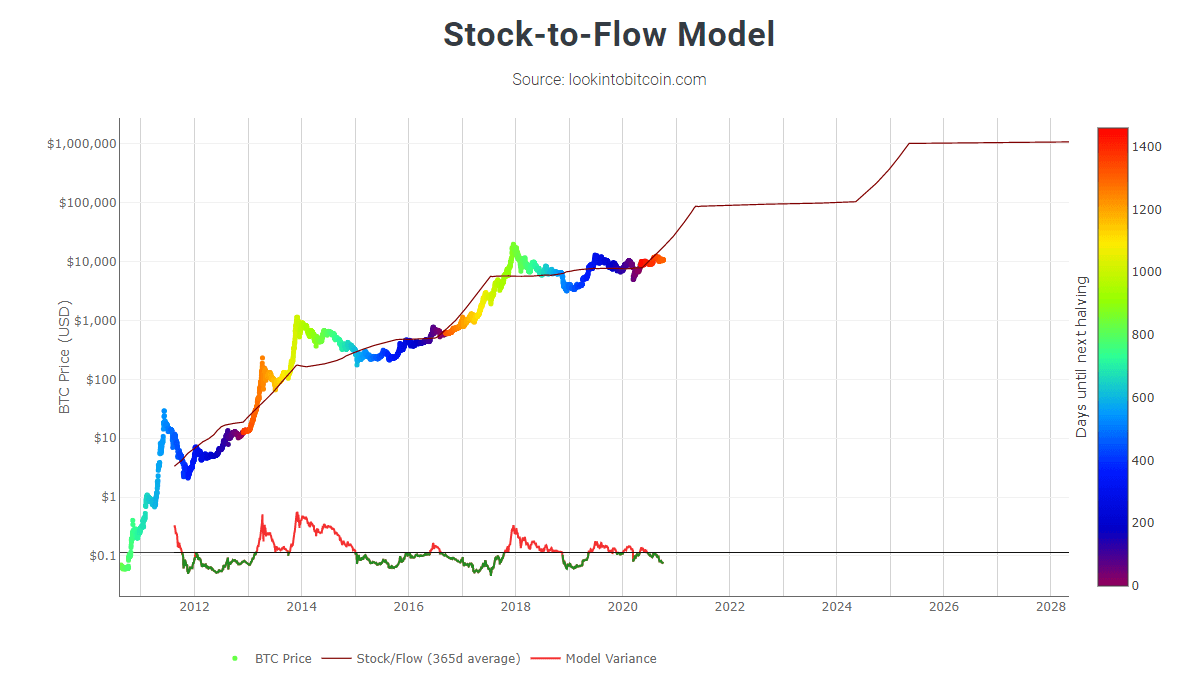 I calculated bitcoin's monthly SF and value from Dec 2009 to Feb 2019 (111 data points in total). Number of blocks per month can be directly queried from the bitcoin blockchain with Python/RPC/bitcoind. Actual number of blocks differs quite a bit from the theoretical number, because blocks are not produced exactly every 10 minutes (e.g. in the first year 2009 there were significantly less blocks). With the number of blocks per month and known block subsidy, you can calculate flow and stock. I corrected for lost coins by arbitrarily disregarding the first million coins (7 months) in the SF calculation. More accurate adjusting for lost coins will be a subject for future research.

Bitcoin has a bright future, there are many on-chain metrics in favor of the first-ranked cryptocurrency. Some of the most famous predictive models seem to agree that BTC can eventually reach $100,000, however, we know the road will be bumpy.