Bitcoin price action has leaned heavily on the bear side of late. Bitcoin dropped nearly 24% from last Monday's open, the most significant loss occurring on Friday with a massive 13% nosedive. Sunday's recovery was in question as sellers continued to push Bitcoin lower until denied by an influx of buying.

When Bitcoin price hit the 88.2% Fibonacci retracement, it immediately reversed Bitcoin's direction. From an oscillator perspective, Bitcoin is neutral in the Relative Strength Index but severely oversold in the Optex Band oscillator. This is the first time Bitcoin has hit the weekly oversold level in the Optex Bands oscillator since July 2021 – which preceded a move to new all-time highs.

Despite the greater than 50% drop from the all-time high, the losses suffered by Bitcoin price are still less than what was experienced between April and June 2021. Bitcoin is down 52% from its all-time high, but the April – June 2021 collapse put Bitcoin lower by nearly 56%. 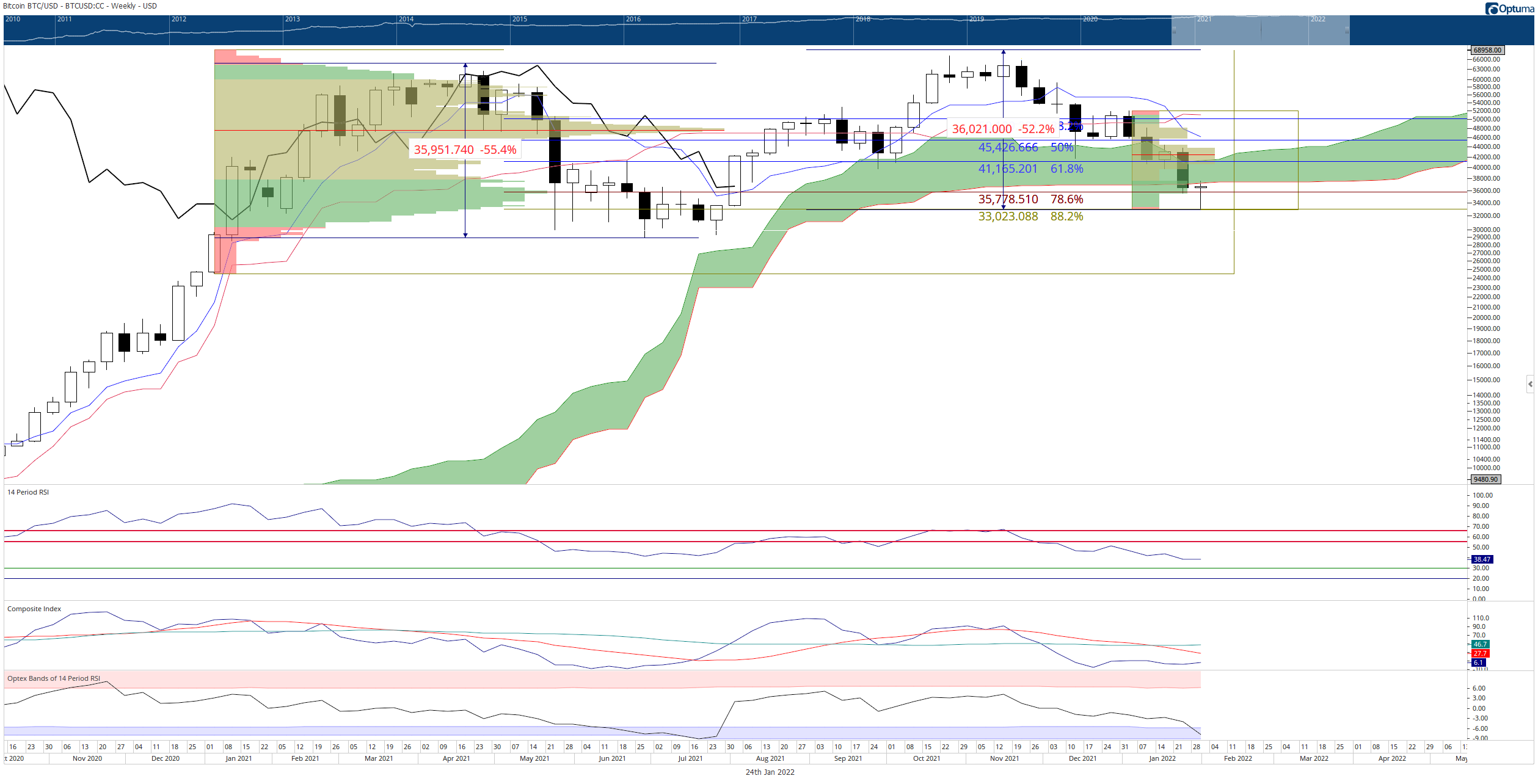 Buyers must close Bitcoin at or above the $37,300 value area this week. If that does not happen, Bitcoin will enter into an Ideal Bearish Ichimoku Breakout setup – the most sought-after short setup in the Ichimoku Kinko Hyo system. Fulfilling the criteria for that short entry would be the first time since the Covid-crash in March 2020 and only the second time since May 2018.