Bitcoin price action has continued to weaken as BTC has dropped below a crucial level of support. The prevailing chart pattern projects another 16% drop for the leading cryptocurrency.

Bitcoin price has sliced below the lower boundary of the descending parallel channel on January 21, putting a 16% plunge toward $29,026 on the radar.

If Bitcoin price breaks below the aforementioned levels of support, BTC may eventually tag the bearish target given by the governing technical pattern at $29,026, which coincides with the 127.2% Fibonacci retracement level.

Investors should note that if Bitcoin drops below the aforementioned pessimistic target, BTC may slide even lower to prices not seen since January 2021.

However, if buying pressure increases, Bitcoin price will face immediate resistance at the lower boundary of the prevailing chart pattern at $35,570.

An additional hurdle may emerge at the 78.6% Fibonacci retracement level, coinciding with the middle boundary of the descending parallel channel. 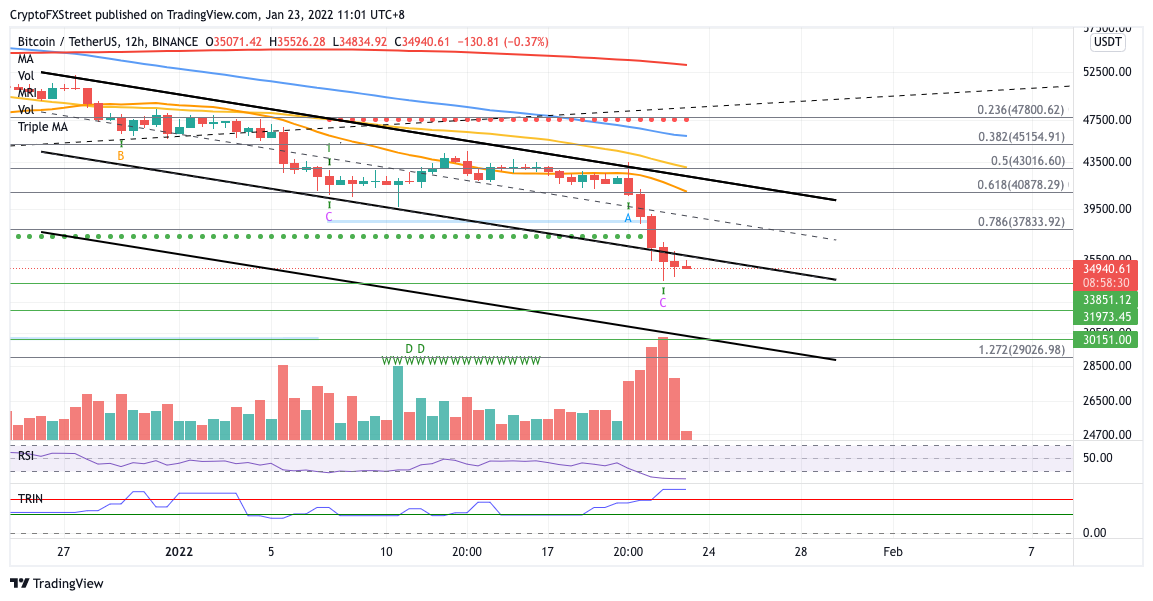 A spike in buy orders may incentivize Bitcoin to tag the upper boundary of the prevailing chart pattern next at $40,878, where the 61.8% Fibonacci retracement and 21 twelve-hour Simple Moving Average (SMA) intersect.