Bitcoin price dropped to lows in the $47,000 zone after recording its all-time high at almost $65,000 in the previous week.

After panic sparked by the rumor that US President Joe Biden would be announcing a bill to increase capital gains taxes for those generating an annual income of more than $1 million, the crypto markets crashed in tandem with the stock market.

While Bitcoin has recovered slightly since the deep plunge below $50,000, the market sentiment has shifted over the last week of price action.

The Crypto Fear & Greed Index, which measures current sentiments across the crypto market, moved from “Extreme Greed” toward “Fear,” as most cryptocurrencies traded in a sea of red. The Index measures aspects of the market, including its volatility, trading volumes, momentum, social media sentiments and trends.

The current levels of fear around 27 points have not been seen since a year ago when Bitcoin price action was affected by the ongoing coronavirus pandemic crisis. The low level shown by the metric indicates that investors are as worried about losing capital with Bitcoin as they were a year ago.

Further, Bitcoin’s Network Realized Profit/Loss (NPL) on-chain metric suggests that coins moving on the blockchain are on average doing so at a loss, just ten days after Bitcoin set a record high. This dip argues that there has been a wave of panic sell-offs by short-term traders.

Bitcoin’s social sentiment has also dropped to a negative value as the community continues to panic over the short-term potential price action of the leading cryptocurrency. Following Bitcoin’s "peak hype," a period of consolidation and correction has started.

According to behavioral analytics firm Santiment, Bitcoin’s social metrics point out that investors are no longer expecting new highs and a perennial bull market in the near future. The market has shifted to a bearish outlook, which indicates the anticipation of further losses and deeper corrections.

Additionally, Bitcoin’s 30-day MVRV ratio that tracks the average profits and losses of all BTC addresses tells the story of short-term traders trading down by around 11.7% on their initial investment.

The RSI metric, which calculates the balance between buyers and sellers, is almost at the lows of March 2020, indicating that Bitcoin is oversold. 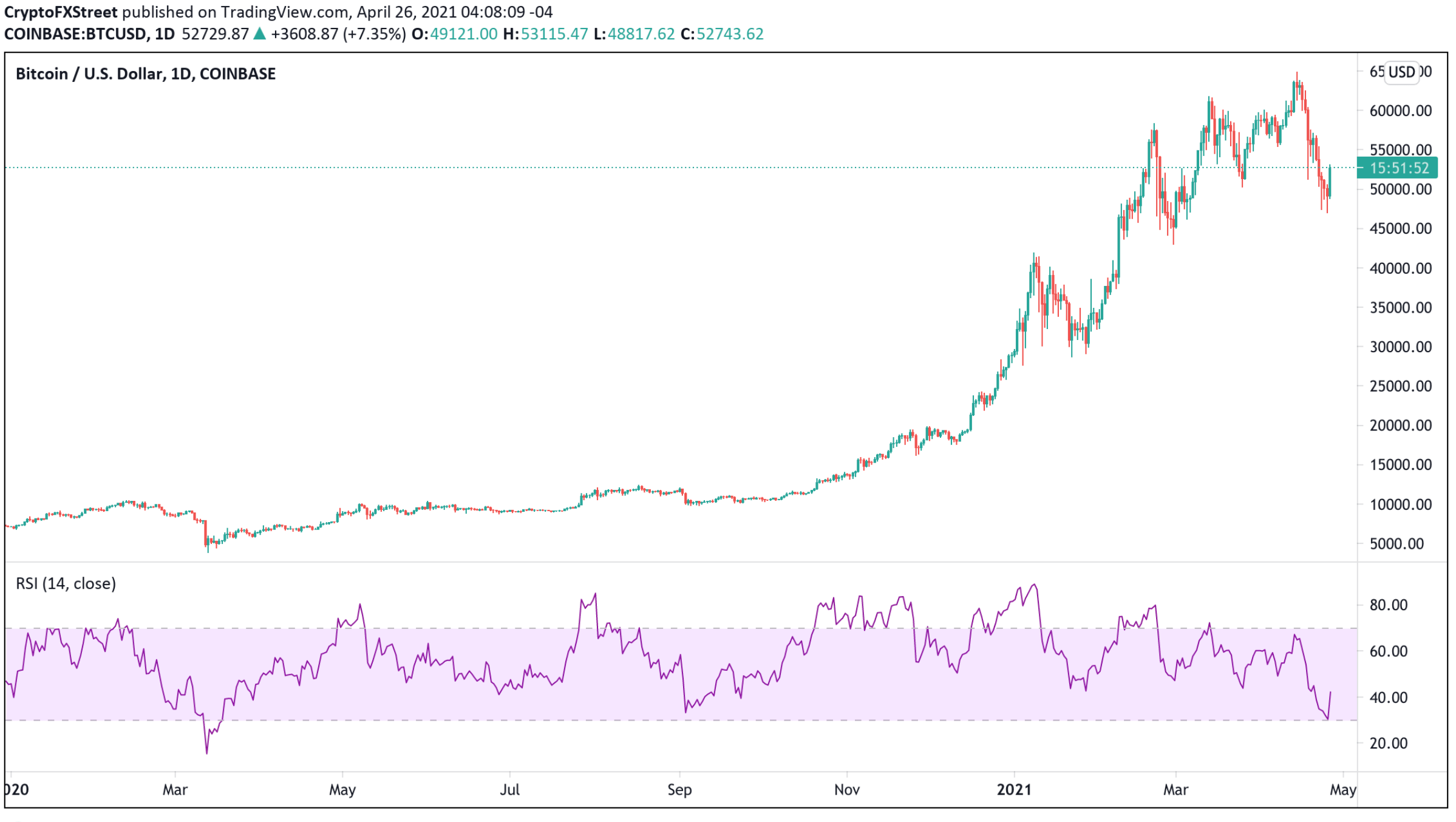 Extreme bearish sentiment and oversold indicators could be pointing to short-term price bottoms, which could alleviate further selling pressure.