Resistance near $50,000 to $55,000 could stall the recovery given short-term overbought signals.

Bitcoin (BTC) remains in a long-term uptrend despite the sharp 50% correction from the all-time high around $63,000 in April. Buyers were able to defend support around $30,000 after a two-month consolidation phase, which resolved to the upside. Bitcoin faces resistance near $50,000 to $55,000, which could stall the recovery given short-term overbought signals.

Unlike the 2018 bear market, bitcoin (BTC, +1.58%) is currently holding above the 40-week moving average, which reflects renewed upside momentum. Bitcoin will need to form a decisive break above $55,000 to fully resolve the selling pressure from May. 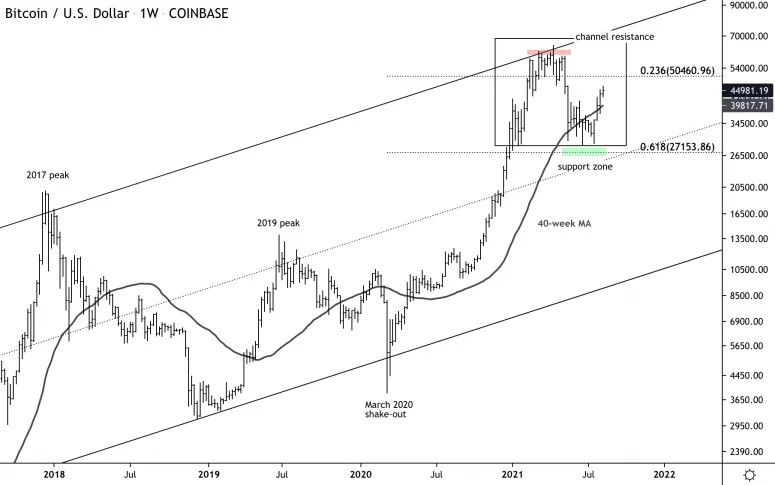