As a result of various factors external to the BTC operations market, such as wars in Europe, threats of war in Asia and energy crises throughout the world, we find ourselves in a moment of downward trends for traditional and non-traditional economic markets.

One of the main economic consequences is the high levels of inflation existing in the different regions of the world from the USA, India to Asia, among other regions.

Inflation is usually characterized by generating a direct loss of economic capacity in the purchasing power of consumers, by raising the price of goods and services, the income of consumers is directly affected.

The Bitcoin industry has proven to be one of the fastest growing industries from the beginning of the pandemic to the present.

In this sense, more and more people decide to start investing in Bitcoin by opening an account in an exchange or in a virtual wallet.

Currently BTC has a market cap of $380,507,752,015, it is estimated that about 4.2 percent of the population owns Bitcoin, with a number close to 320 million BTC holders worldwide.

As a consequence of the indefinite increase in the monetary base, the value of the money in circulation is becoming smaller.

Unlike the monetary emission scenario, BTC has a deflationary emission system, this is because the maximum circulating supply of BTC will reach the number of 21 million. 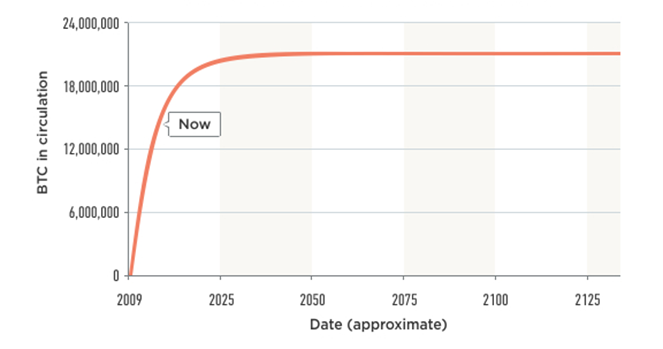 What do market experts think?

Jeronimo Ferrer, Business Development at Paxful, says “Bitcoin is changing the reality of people around the world. Thanks to its extraordinary and particular qualities, BTC is a special asset different from the rest of virtual assets, it was the first and without a doubt it will continue to change and challenge traditional real economies for much longer. ”

THE VALUE OF DIGITAL ASSETS CAN GO DOWN AS WELL AS UP AND THERE MAY BE A SUBSTANTIAL RISK THAT YOU COULD LOSE MONEY BUYING, SELLING, HOLDING OR INVESTING IN DIGITAL ASSETS. YOU SHOULD CAREFULLY CONSIDER WHETHER TRADING OR HOLDING DIGITAL ASSETS IS RIGHT FOR YOU IN LIGHT OF YOUR FINANCIAL CONDITION.