Binance Coin (BNB) price action shot back above the red descending trend line yesterday with a massive relief rally that lifted market sentiment. With that, the downtrend looks to be broken, and an uptrend could be on the cards if bulls can take out the $444-$452 resistance barrier with a triple top formation, the 55-day Simple Moving Average (SMA) and the longer-term pivotal level all coincide in this region. Once through there, expect the next stage to be set for a move towards $480 with the 200-day SMA coming in, returning another 10%.

Binance Coin set for the second phase in the recovery rally

Binance Coin is undergoing some profit-taking this morning after the solid relief rally from yesterday that has lifted market sentiment and saw some decent inflows into markets. On the way up, bulls hit some resistance from the double top from February 08 and January 21 and, in the process, made it a triple top resistance. This, together with the already known $452 and the 55-day SMA coming in at $445, makes it a substantial barrier that will need to be broken to prove that the relief rally still has plenty of juice to go.

Expect thus some profit-taking today, a little bit on the back foot with $419 as support to bounce off back to $445. Some more positive signals coming from the Russia-Ukraine developments could be the needed additional catalyst to push through this difficult barrier. The next target is set at $480, with the 200-day SMA falling in line with that considerable number, resulting in probably the same profit-taking pattern as BNB price action shows today. 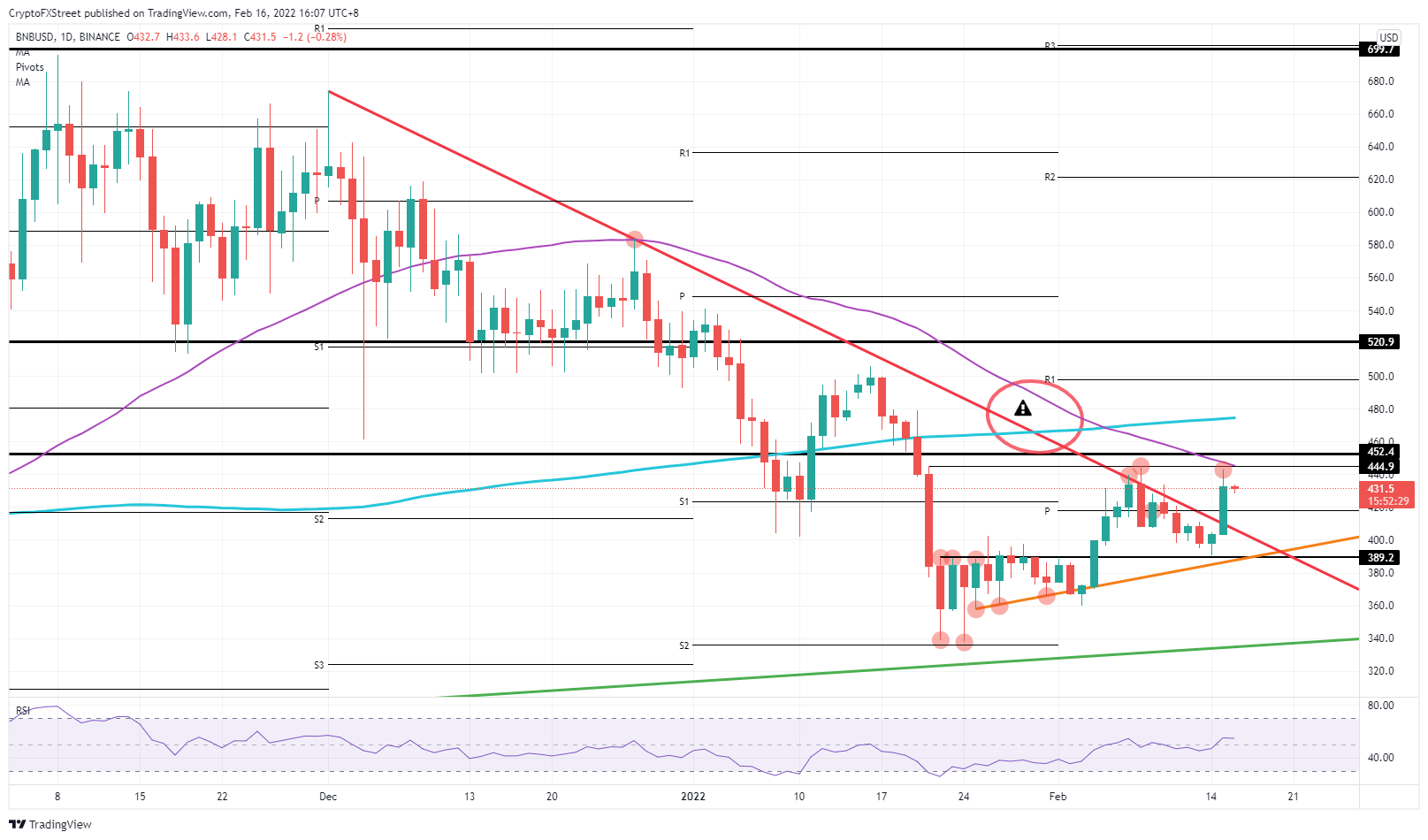 Overall, the US keeps claiming that the situation in Central-Europe remains precarious and could see an escalation any time now. Once those headlines hit the wires, expect the whole cryptocurrency space to collapse and for there to be a massive pullback from investors, with BNB price falling back initially to $389. Depending on the severity of the attacks, another push lower towards $340 would be the logical outcome and result in BNB price shedding 22% of its value.