Axie Infinity price appears to have stabilized between the $90 to $100 value areas. Additionally, strong buying and shorting signals exist on the $5.00/3-box reversal Point and Figure Chart.

Axie Infinity price has two very powerful trade setups for both sides of the market. The long trade idea is probably the most likely to play out in the long-term between the two possible trade ideas. The short entry has an extremely high probability of playing given the current position of AXS – but the downside risks are minimal and not likely to reach the projected profit target.

The hypothetical long entry is a buy stop order at $120, a stop loss at $105, and a profit target at $170. The trade idea represents a 3.33:1 reward/risk setup with an implied 44% gain from the entry. A two-box trailing stop would help protect any profit made post entry. 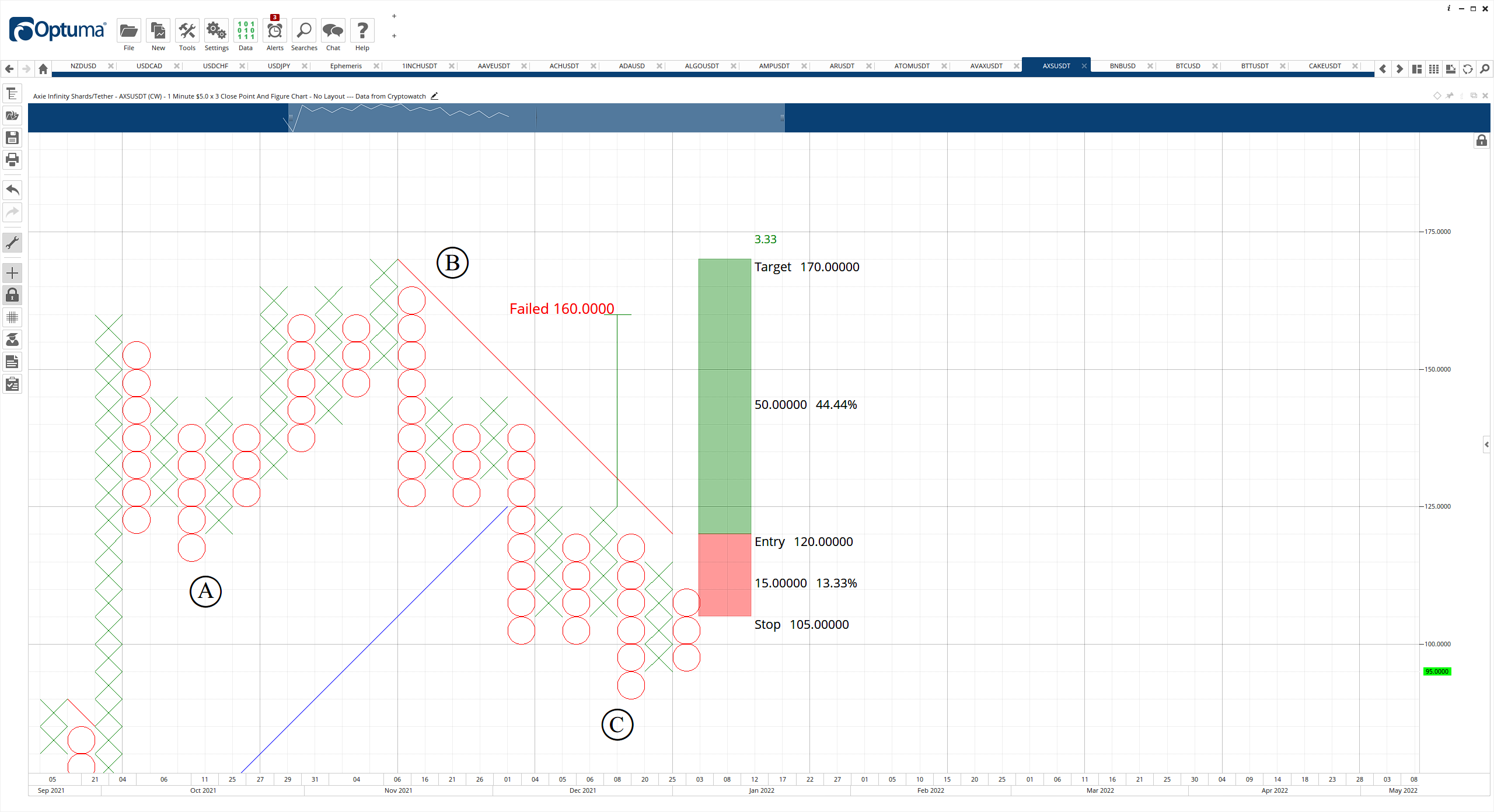 The long trade setup is invalidated if the short entry below is triggered before the buy stop hits.

The theoretical short setup is a sell stop order at $85, a stop loss at $100, and a profit target at $35. The short entry is based on a powerful bearish Point and Figure pattern known as a bearish catapult. However, that pattern appearing near a swing low could be a bear trap in development. 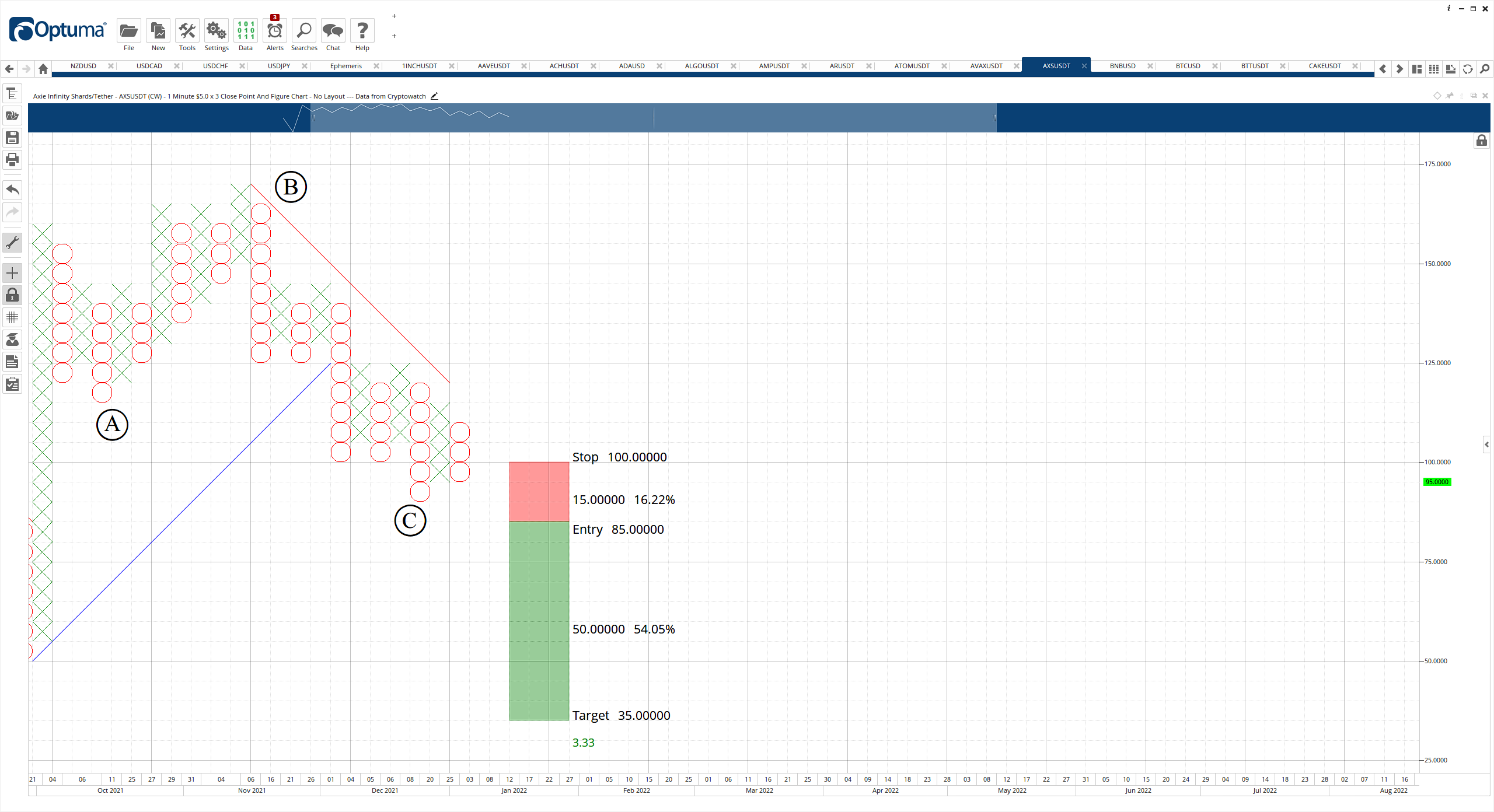 The projected profit target is based on the Vertical Profit Target Method  - but AXS price would, in reality, not move to that extreme of a low. The short entry is invalidated if the long entry above is triggered before the sell stop is hit.