Axie Infinity has two solid signals for the long and short sides of the market. The theoretical short trade is a sell stop order at $85, a stop loss at $100, and a profit target at $35. The short idea is based on a Bearish Catapult pattern in Point and Figure Analysis. 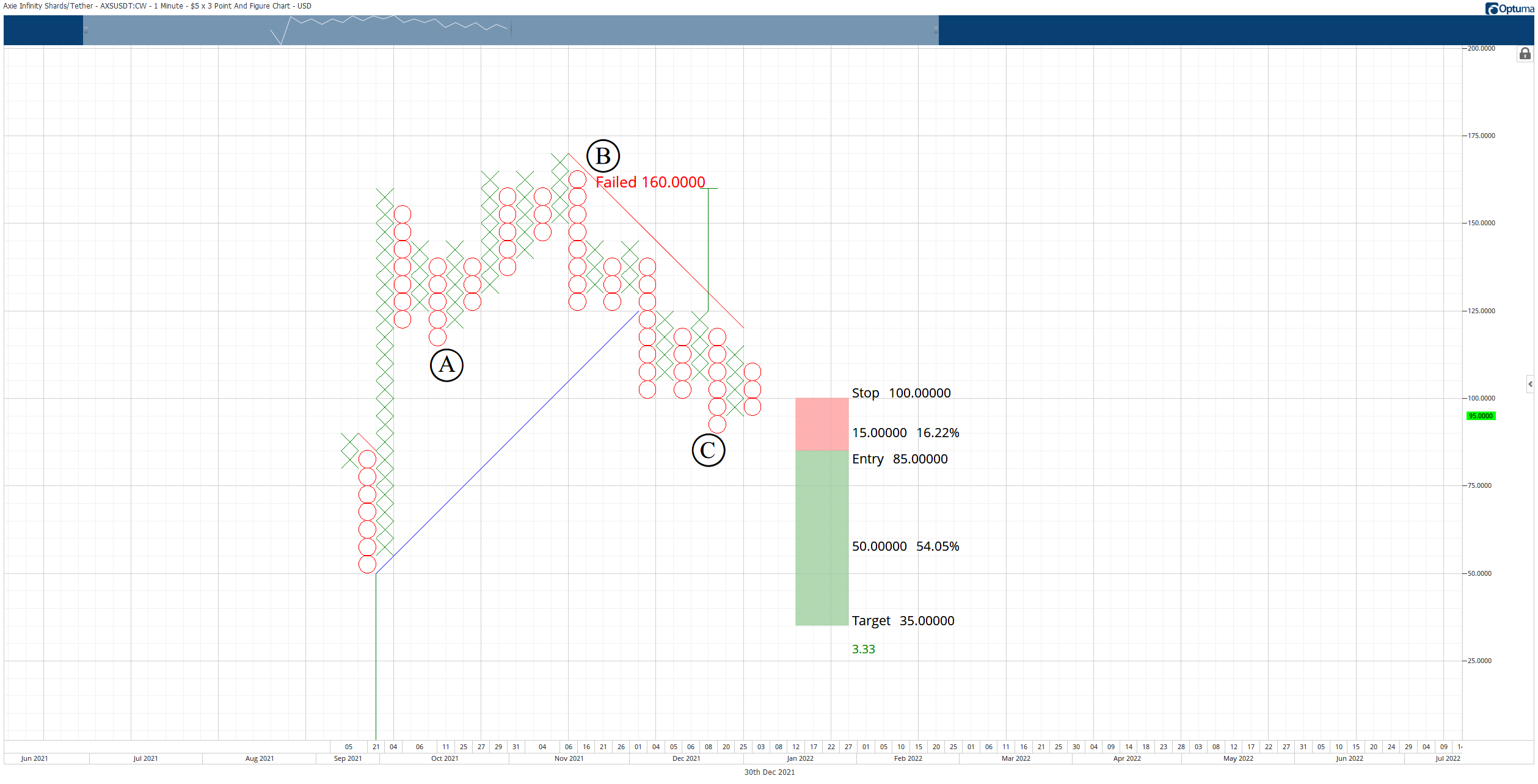 The short entry represents a 3.33:1 reward for the risk and projects a 54% loss in value from the entry—the profit target of $35 just above the 50% Fibonacci retracement of $31.

The hypothetical long entry for Axie Infinity price is a buy stop at $120, a stop loss at $105, and a profit target at $170. AXS will have simultaneously broken out above a double-top and the bear market trendline if the entry is triggered, thereby converting AXS into a bull market. 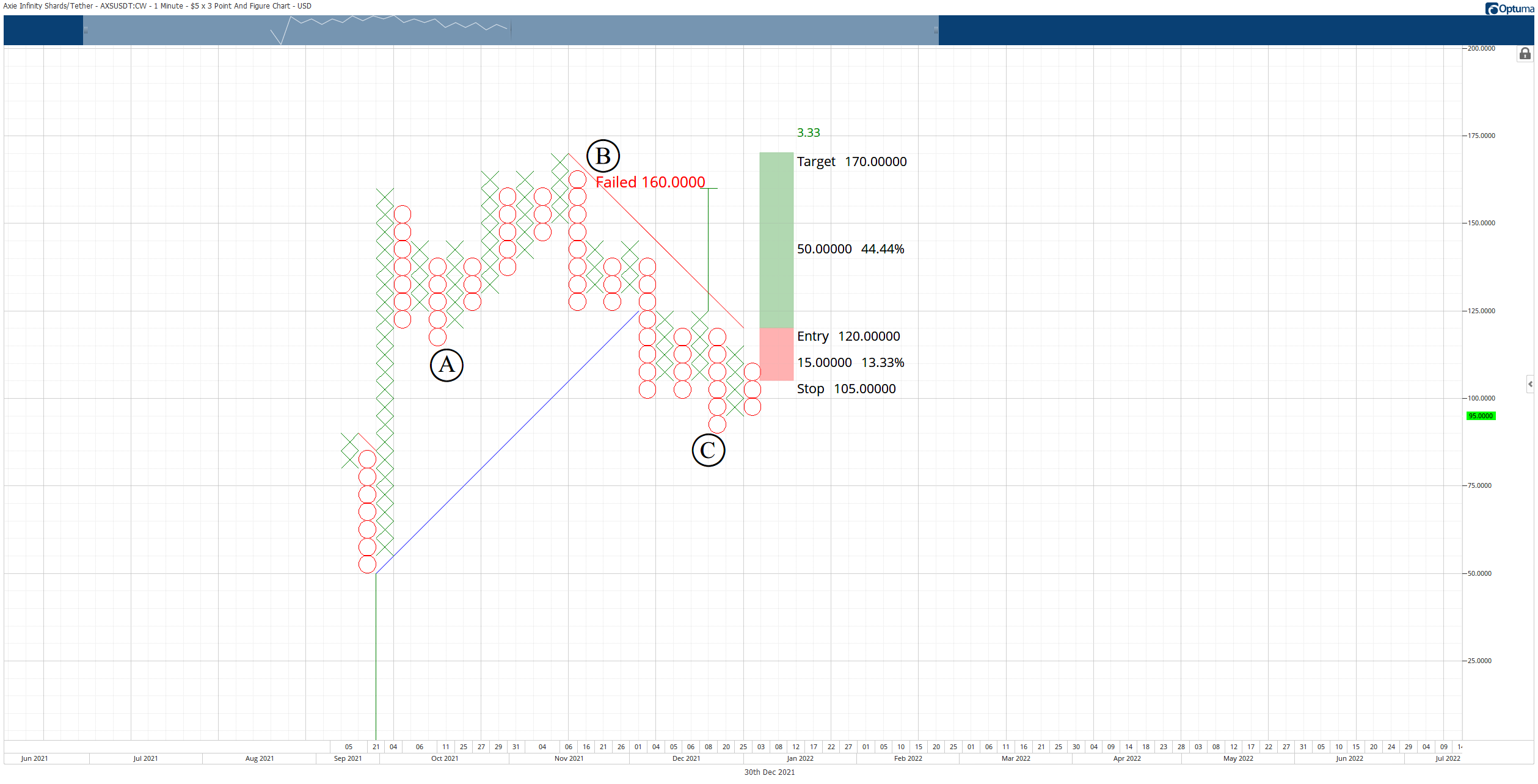 The hypothetical long entry represents a 3.33:1 reward for the risk setup, with a projected 44% gain after the entry. A two to three-box trailing stop would preserve any implied profits post entry. The long entry is invalidated if the short entry is triggered first.