Axie Infinity price has been a rebel coin due to its relatively recent launch and its breathtaking performance. While the exponential rally has not yielded gasping corrections, investors can continue to be bullish on AXS price.

Axie Infinity price has held up perfectly compared to its exponential growth, suggesting that a massive portion of the investors are not planning on exiting yet. Moreover, AXS has also not seen a massive pullback after hitting a new all-time high at $53.59 on July 27. In fact, Axie Infinity price has been consolidating, which indicates that a breakout could head in either direction.

Building on this assumption, market participants need to know that a decisive 12-hour candlestick close above $45.91 would indicate a resurgence of buyers and the bulls’ way of telling that AXS wants to head higher.

If the buying pressure pushes the altcoin to successfully shatter the $49.80 resistance level and flip it into a support level, it will confirm the start of a new uptrend.

In this particular case, investors can expect AXS to easily shatter its all-time high and set up a new one after rallying 26% to tag the 127.2% Fibonacci extension level at $67.2 or the subsequent supply barrier at $84.70. 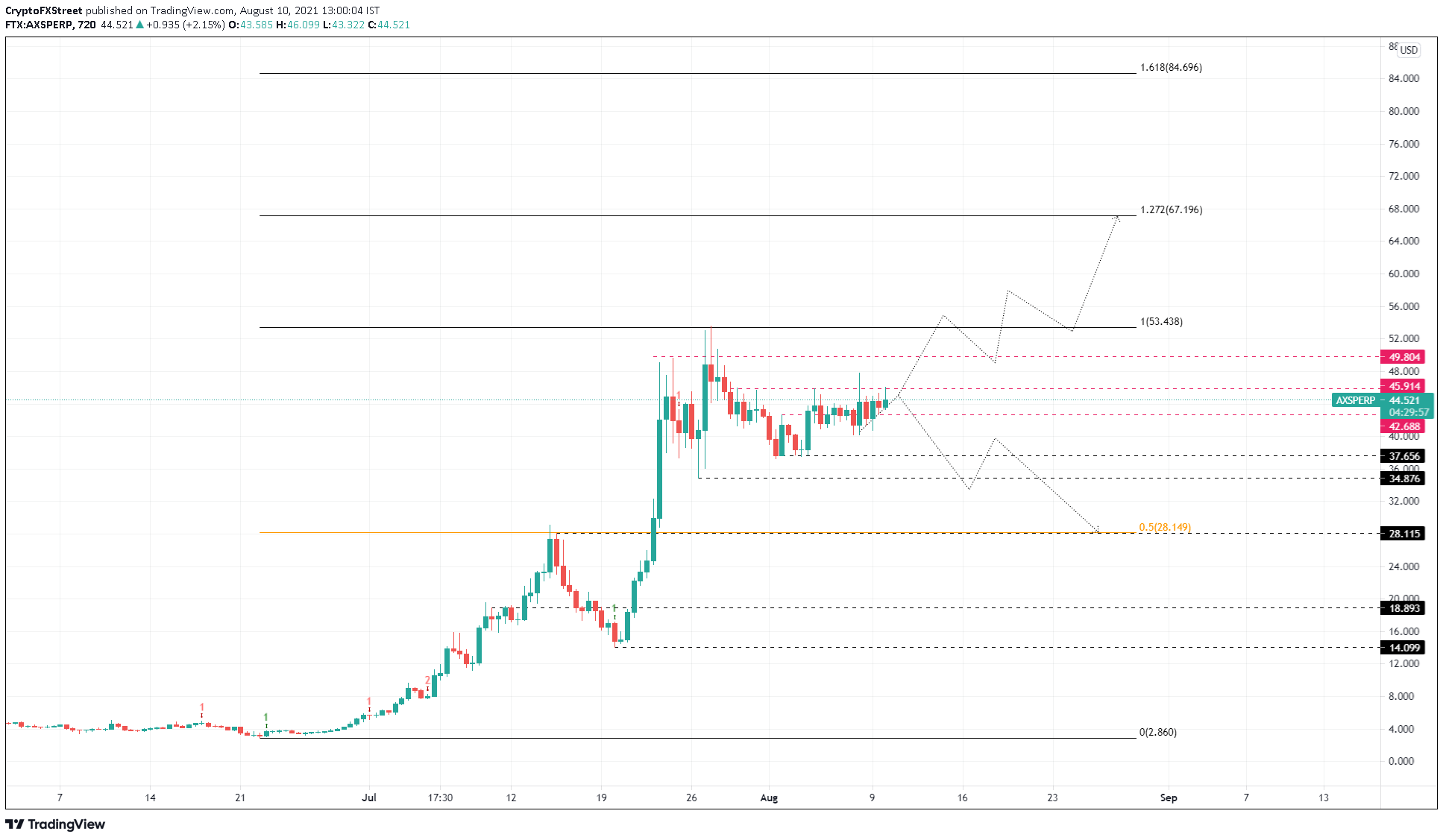 While the optimistic scenario seems plausible based on the assumption, things could reverse if Axie Infinity price fails to climb. If the buyers lack strength, the bears could push AXS to breach the immediate support level at $42.69.

While this move would put a dent in the bulls’ plans, a breakdown of the $34.88 support level will invalidate it and open the possibility of heading lower.