AVAX price held the line despite the massive selling pressure that pushed BTC to retest levels last seen over a month ago. Avalanche bulls are waiting for a chance to run wild as a technical indicator is yet to flash a well-timed buy signal will.

AVAX price dropped 21% on September 20, retesting the 50% Fibonacci retracement level at $54.79. Although this encounter provided momentary relief, sellers continued to push the Avalanche price lower. This move resulted in a dip below $54.79 and a retest of the $52.39 support floor.

Since this point, AVAX price has rallied 12% to where it currently trades. If the big crypto is done shedding, investors can expect Avalanche to climb and retest the immediate resistance level at $62.17. The optimism stems from the fact that the Momentum Reversal Indicator (MRI) has flashed a preemptive buy signal in the form of a yellow ‘up’ candlestick on the 4-hour chart.

The MRI will flash a green ‘one’ buy signal if Avalanche drops or produces another red candlestick.

Therefore, a resurgence of buyers flipping the $62.17 barrier into a support floor will open the path for a 10% advance to the next ceiling at $68.44.

If the bullish momentum persists, AVAX price could retest the range high at $76.48, constituting a roughly 30% climb. 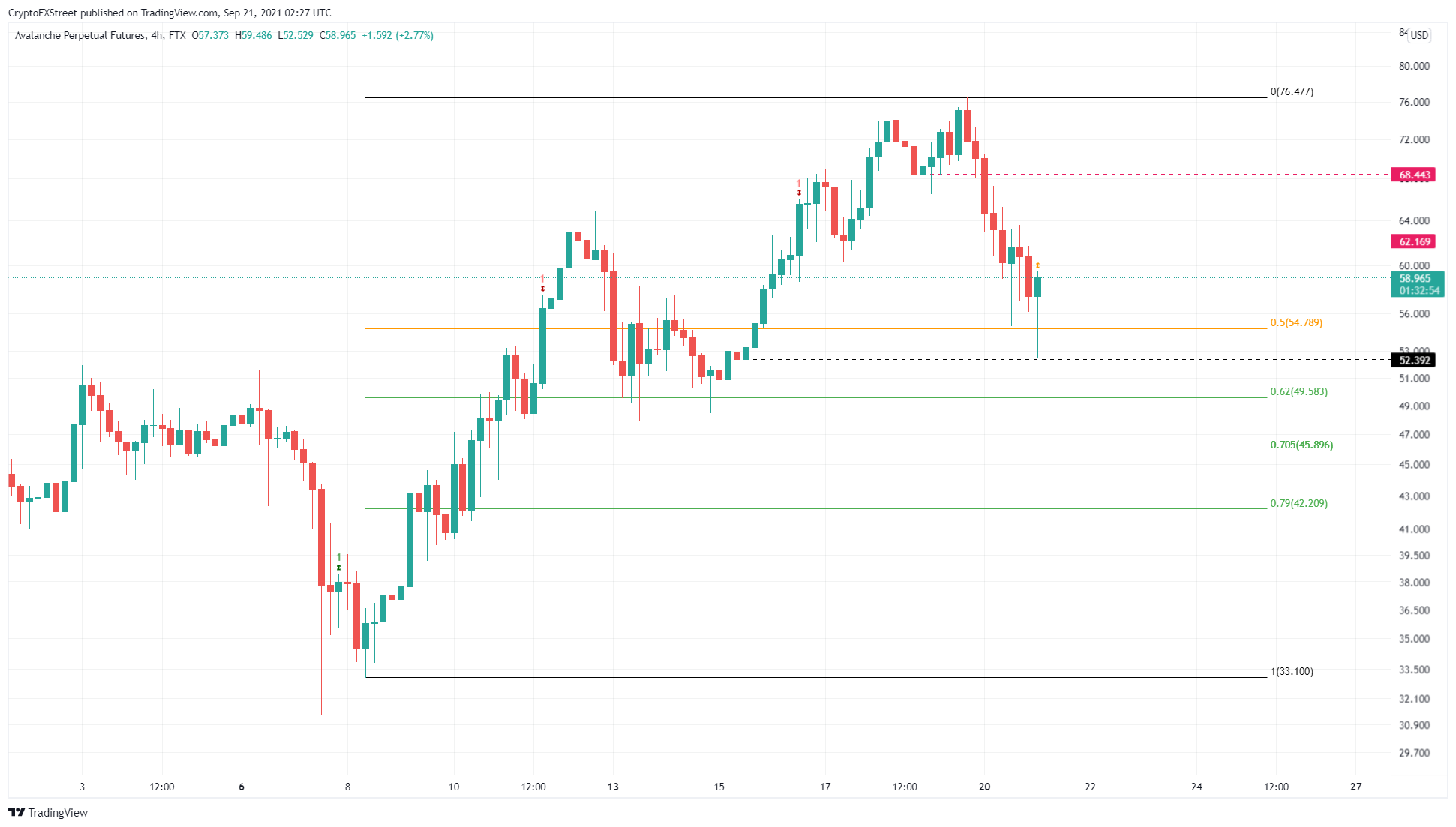 On the other hand, if AVAX price fails to climb above $62.17 and continues to head lower despite the MRI’s buy signal, it will indicate that the sellers are not done with their rampage. In such a case, market participants can expect Avalanche to revisit the $52.39 support floor.

However, a breakdown of the $49.58 swing low will created a lower low and invalidate the bullish thesis.

Dogecoin price is trying to establish a directional bias as it hovers aimlessly after collecting buy-stop liquidity above equal highs. Investors need to be aware of a potential downswing, especially considering the lack of momentum in Bitcoin price.