Cardano price has been consolidating since the second week of June with no signs of a clear breakout. However, in this sideways movement, ADA seems to have formed a bullish reversal setup that could be the key to escaping the ranging markets.

Cardano price has formed a triple tap setup, which resembles the triple bottom but has a few variations to it.

Unlike the triple bottom, this technical formation does not have all the swing lows along the same line. The triple tap setup has three distinctive swing lows, with the central one deeper than the rest. The first and the third swing points are often along the same trend line.

However, in some cases, the third swing low is formed a little higher than the first, creating a variation of the triple tap setup. Regardless, this setup forecasts a reversal in trend favoring the bulls if it is formed after a downtrend.

In a highly bullish case, ADA could reach the next level at $0.628. 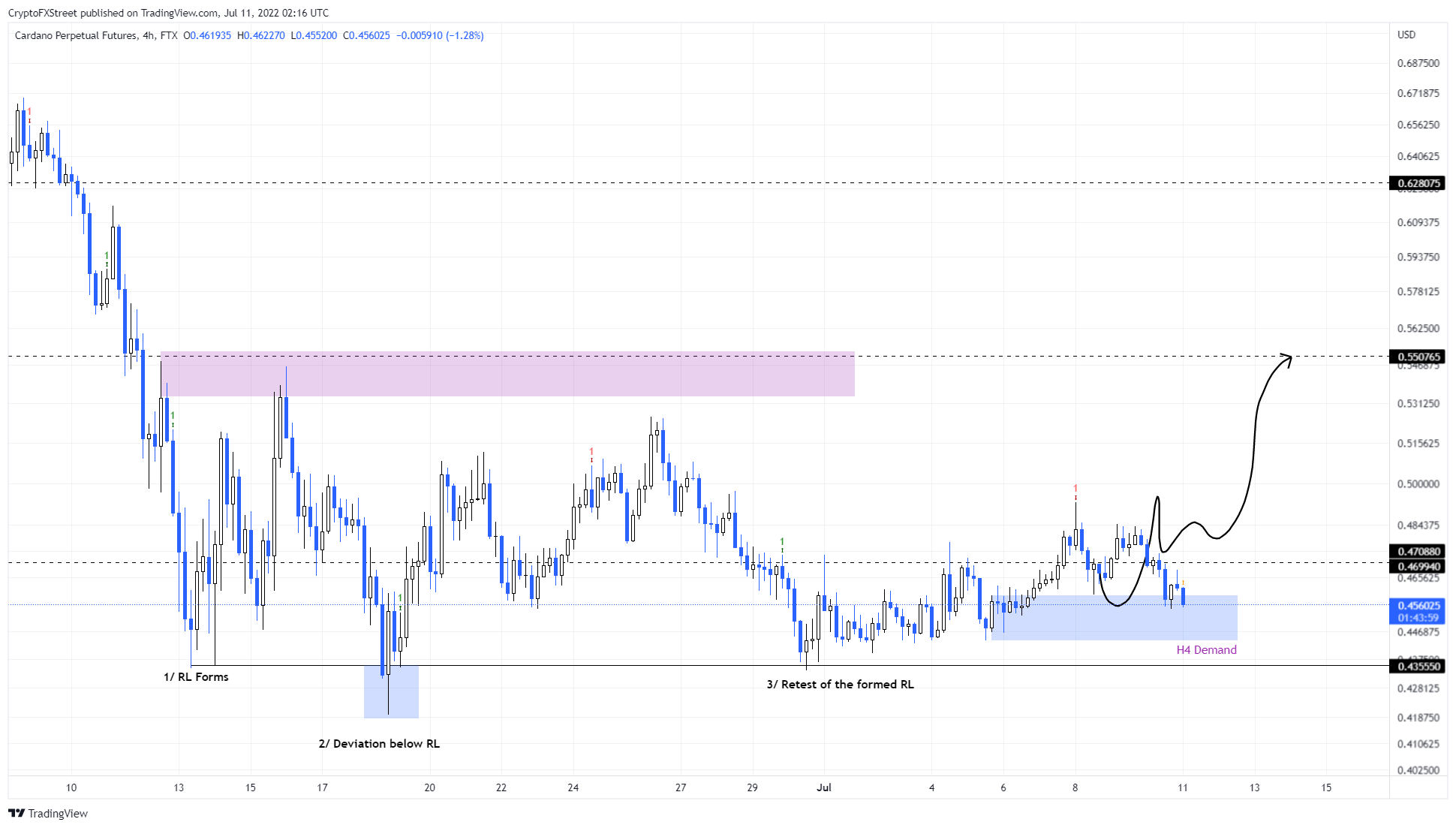 While things are looking up for Cardano price, a four-hour candlestick close below the $0.435 support level will invalidate the triple tap setup. In this situation, ADA needs to quickly recover above the said level to attempt a recovery rally.

However, if the bulls fail, it could result in a 12% drop that retests the immediate support level at $0.380.