Cardano price is showing signs that it wants to move higher and trigger a quick run-up. This development comes after many days of sideways movement. If successful, investors can realize quick gains, but traders need to be cautious with Bitcoin as it could ruin the setup.

Cardano price is moving higher after forming a triple tap setup, which is a variation of a triple bottom. The technical formation has three distinctive swing lows with the central one deviating below the first and the third swing low. The third swing low is often formed at the same level as the first one.

The rally kick-starts after the last retest of the first swing low.

For Cardano price, the first swing low was formed on June 13 at $0.435 and ADA deviated below it on June 18. Although the final retest was on June 30, the bullish momentum was not enough, which led to consolidation.

However, ADA has formed a four-hour demand zone, extending from $0.443 to $0.459, which has been helpful in triggering the long-overdue run-up.

Going forward, investors can expect Cardano price to rally 15% and retest the $0.550 hurdle and collect the liquidity resting around it. In a highly bullish case, ADA could reach the next level at $0.628. 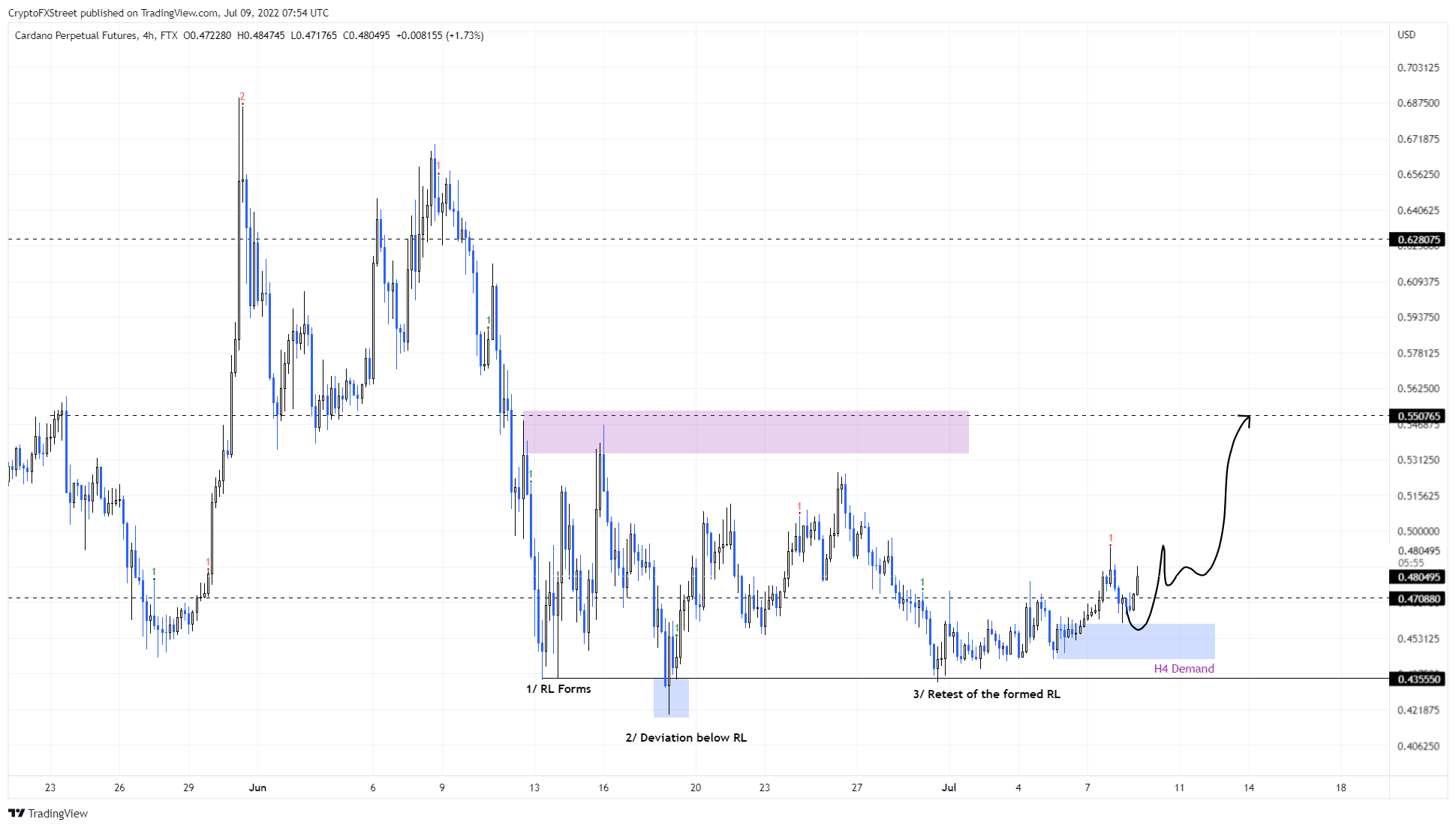 Regardless of the optimism, a four-hour candlestick close below the $0.435 support level will invalidate the triple tap setup. In such a case, ADA needs to quickly recover above the said level to have any chance at attempting a leg-up.

If the bulls fail to do that, it could result in a 12% drop that retests the subsequent weekly support level at $0.380.