As explained in previous articles, a rangebound movement is not only easy to identify but trade. A sweep of the range low is likely to be followed by a quick run-up to the range high. If the momentum continues to build up in favor of the bulls, the rally will extend. The opposite will occur if the range high is swept first.

For Cardano price, investors can expect a sweep of the $0.487 level, which will be the first sign of accumulation. The confirmation will arrive after a recovery above this level, which is where interested traders can enter a long position.

This recovery will be followed by an explosive move to $0.614, where a local top can form. However, if buyers continue to accumulate ADA, there is a chance Cardano price will extend to the next hurdle at $0.677.

In total, this move would constitute a 39% gain and is likely where the upswing is capped for the so called “Ethereum-killer.” 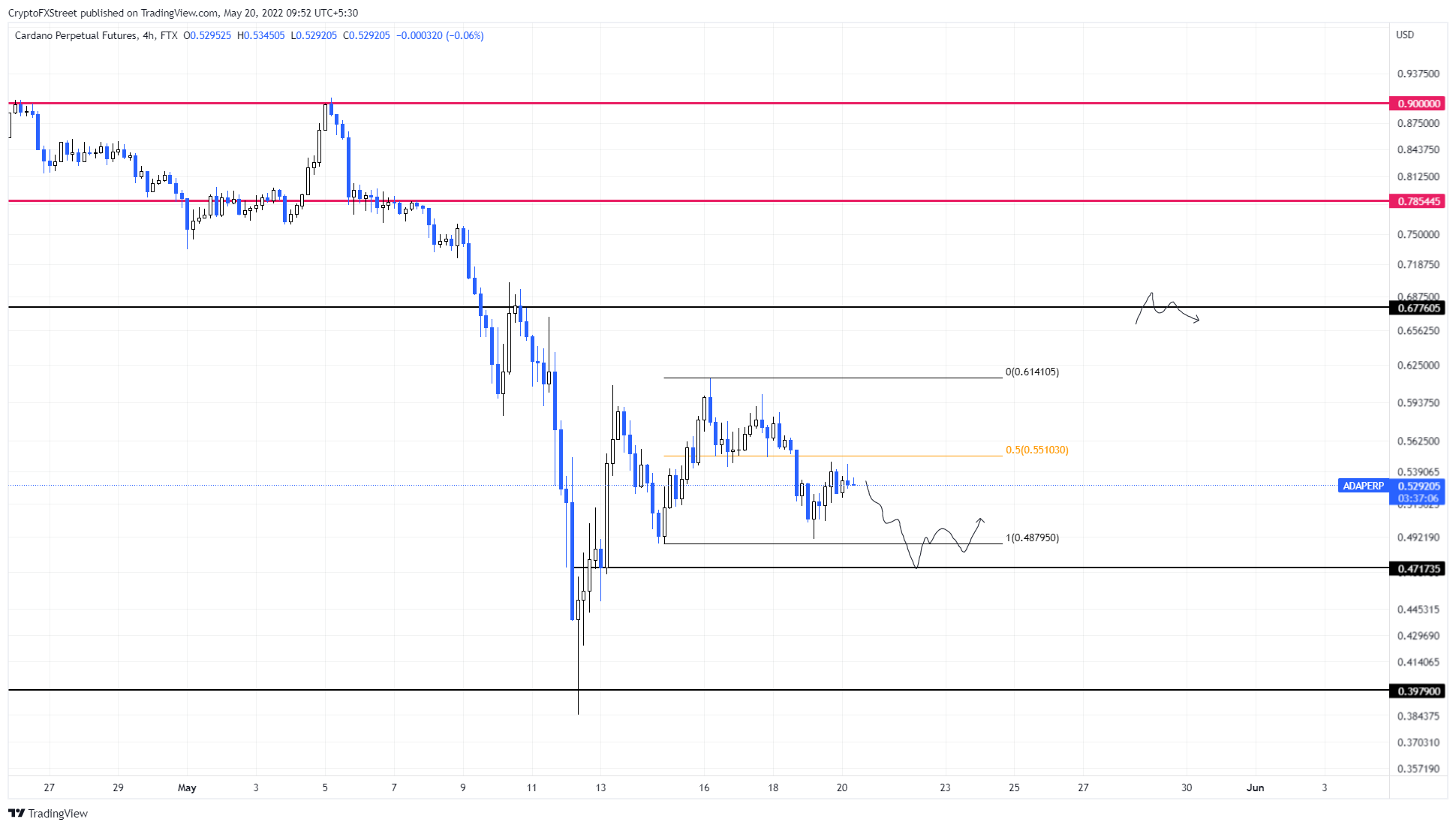 While the technicals make a logical sense, the game plan requires Bitcoin’s vote of approval. In case the big crypto continues to fall, then Cardano price will follow suit. In this situation, if ADA produces a four-hour candlestick close below $0.471, it will create a lower low and invalidate the bullish thesis.

This bearish development could further trigger a 15% crash in Cardano price to $0.397.