Algorand price is in trouble

Algorand price has declined by 47% since the start of November. During the downswings, the bulls have struggled to retaliate for more than a day or so before the bears initiate another attack. On November 21, the ALGO price endured a 20% fall since the weekend, showing strong signals that more losses will be on its way.

Algorand price currently auctions at $0.24 as the bears have forged a steep decline during the New York session. As the downmove persists, it is hard to avoid the ramping pattern that the Volume Profile Indicator has produced. Bears in the market are likely aiming for the $0.23 lows, which could provoke a much larger sell-off if knife-catching bulls remain sidelined. The next key area would be the $0.21 barrier, which has remained outside of ALGO’s reach since 2020. 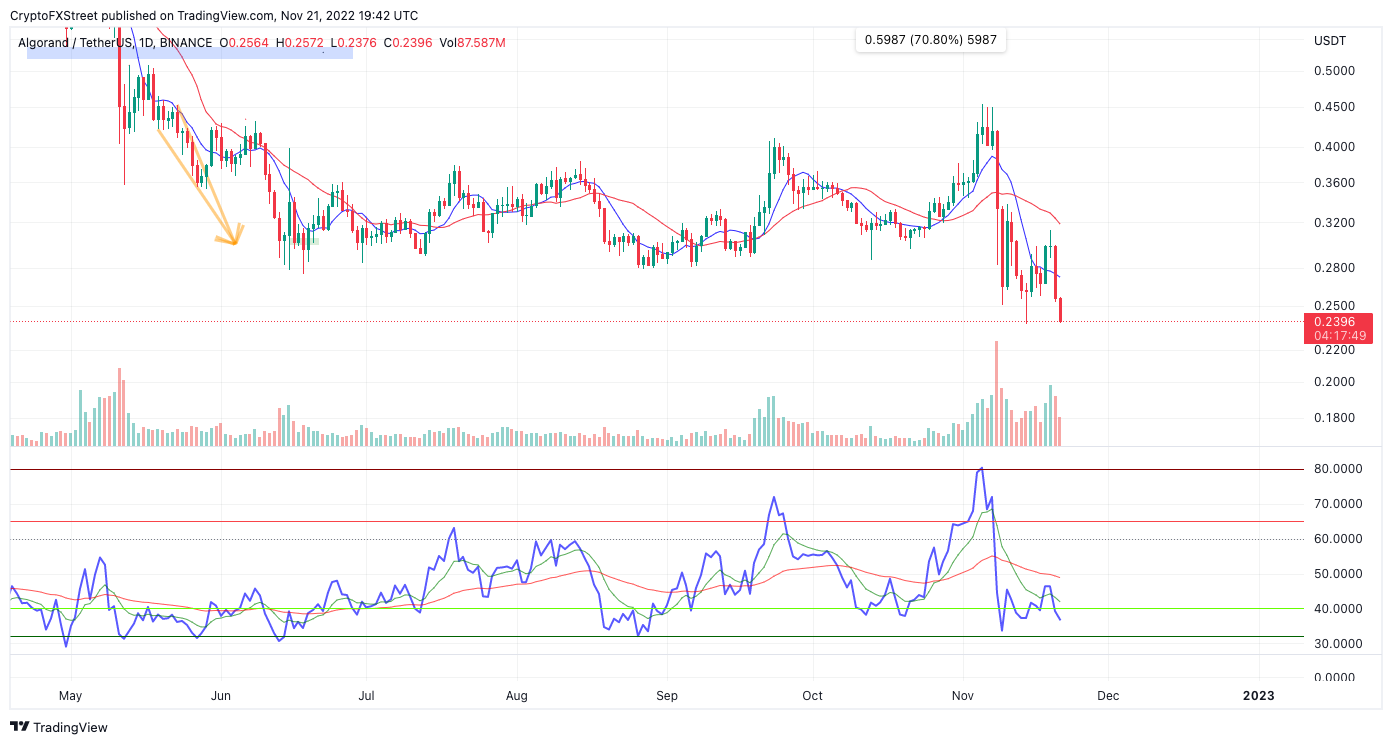