Algorand price, like most altcoins, has suffered from an extended downtrend that has been exacerbated by general risk-off sentiment due to geopolitical saber-rattling by Russia's invasion of Ukraine. However, technicals indicated that a major rally would occur despite uncertainties.

Algorand price positioned for a return to $1.10

Algorand price action is a perfect example of what an extremely oversold and overextended instrument looks like. ALGO is currently trading at a discount of nearly 76% from its November 2021 all-time high of $2.99. A good chunk of that loss is likely to see some retracement very soon.

From an Ichimoku perspective, Algorand price has massive gaps between the weekly candlestick bodies and the Tenkan-Sen, indicating an imminent and swift mean reversion back to the Tenkan-Sen near $1.10. Additionally, ALGO has moved to such an extreme that it hit the max mean range from the Kijun-Sen, warning a violent snap-back to a value between $1.10 and $2.00.

The historical lows in the Composite Index oscillator indicate the likelihood of a major mean reversion rally. These new all-time lows have formed as the Relative Strength Index hits the first oversold level in a bear market at 30 and while Algorand price bounces off of the critical 88.6% Fibonacci retracement at $0.73. 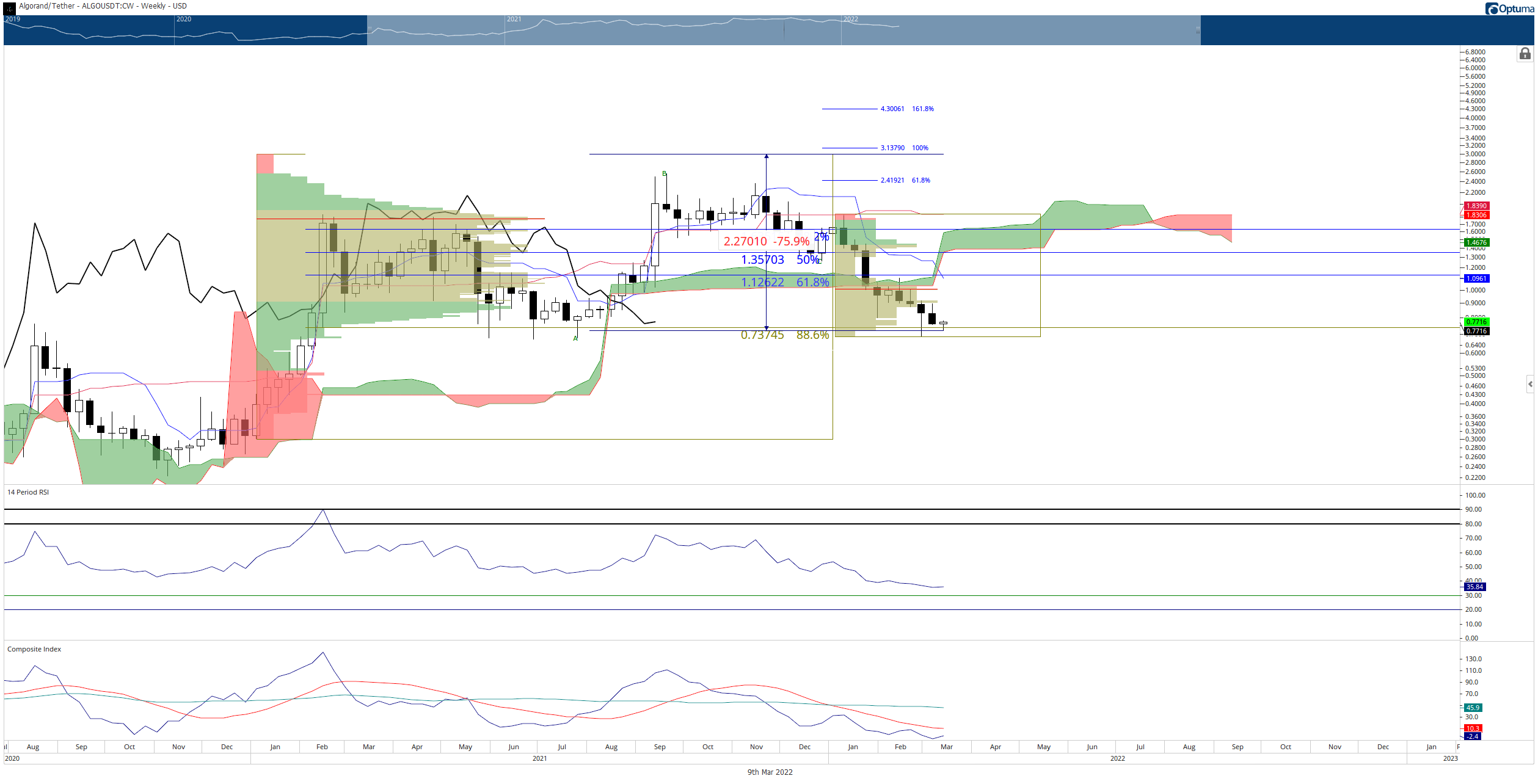 Downside risks remain a concern, but the size and scope of any continued move lower are likely to be small. Algorand price has significant support near the top of the 3-week Ichimoku Cloud (not shown) in the $0.70 to $0.71 value area, helping establish a swing low and a limit to how much further ALGO can move when it is already so extended.