Aave's token LEND has had a stellar performance in the last 24 hours. The token of the decentralized project jumped by 35% in a matter of hours on Wednesday and hit the recent high of $0.7682. Despite the retreat to $0.6682 by press time, it is still in good bullish shape.

LEND's market capitalization settled at $890 million, while its average daily trading has reached $170 million. The token is most actively traded on Binance.

Aave is an open-source DeFi-protocol where users can earn interest on deposits and borrow assets. The project enjoyed massive success in 2020, while its token's price gained over whooping 14000% since the start of the year.

A Twitter user Marc 'Billy' Zeller (@lemiscate), posted a leaked email that Aave would suggest several protocol improvements that may change the monetary incentives, and thus influence users' interest in the project.

According to the text from the email screenshot, they are looking into tweaking Safety Incentives with the decisions on monetary policy staking rewards to be made every quarter. Also, initially, the stakers would get the rewards of 400 AAVE per day with no slashing at the beginning to motivate people to migrate and boost the initial liquidity. The incentives will change after the slash is activated.

The information is yet to be officially confirmed by the project's team; however, the community seems to be reacting positively to the news. But will the upside momentum gain traction, or fade away like a dream? Let's have a closer look at the charts to find it out.

On the daily chart, the price broke outside the symmetrical triangle amid strong bullish momentum. Even though the token retreated from the recent high, the overall trend remains bullish as long as it stays above the upper boundary of the above-said triangle (now at $0.62). Once it is verified as a support, the price will resume the recovery with the next focus on $0.80 and the all-time high at $0.90. 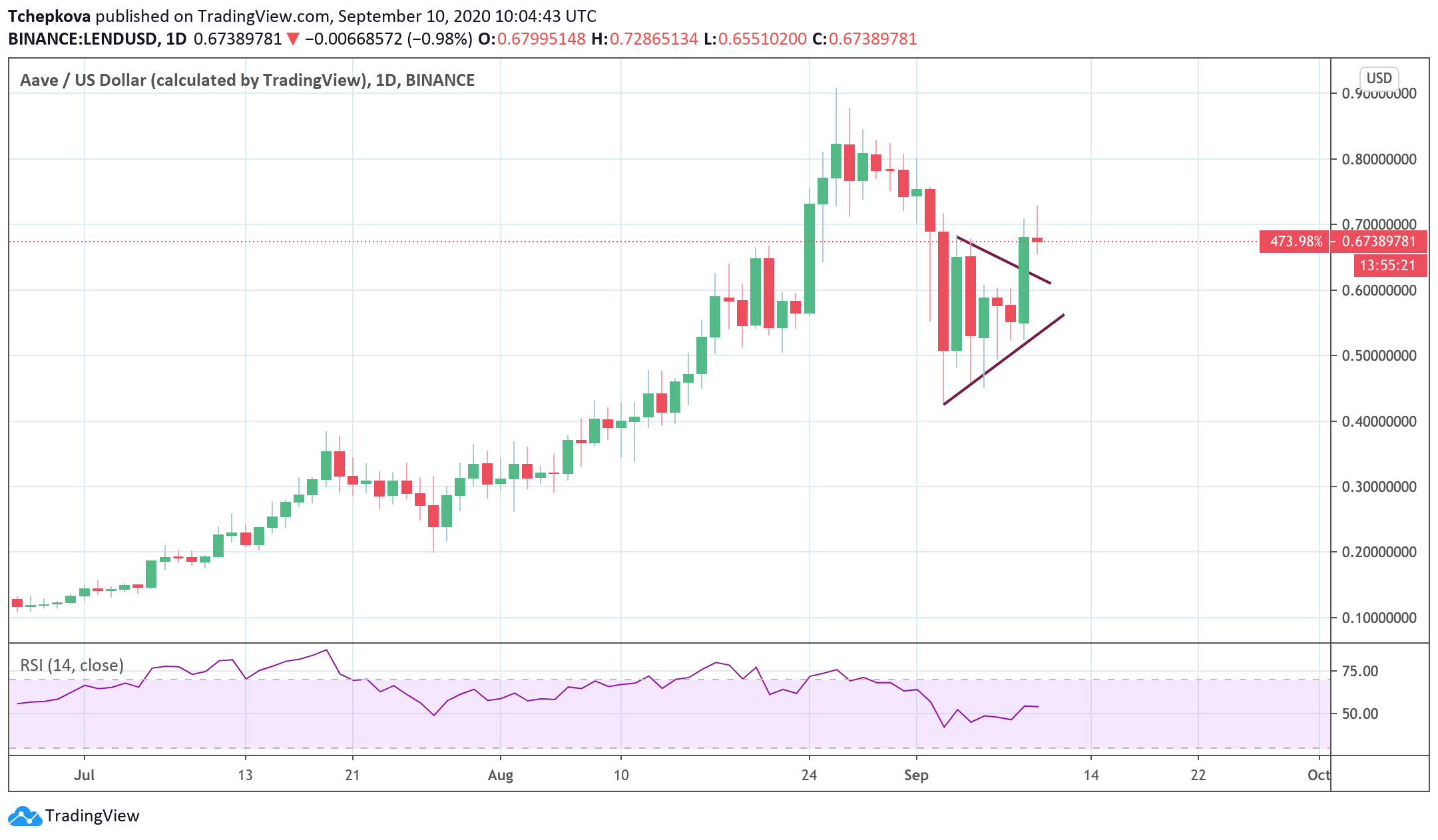 The same triangle is visible on the 4-hour chart. Meanwhile, the 4-hour SMA50 at $0.6840 serves as local support. The price retreated below this technical barrier after a spike to $0.682 during early Asian hours on Thursday, resulting in extended correction towards the above-mentioned broken triangle. However, a sustainable move above this barrier will bring the recovery back on track.

To conclude: LEND broke above the upper line of the symmetrical triangle at $0.62 and hit $0.7682. While this development has improved the technical picture, we will need to see a move above 4-hour SMA50 to confirm the recovery. Otherwise, the price may retest $0.62 before the growth is resumed.