The Dollar has remained mostly in narrow ranges so far today against the other main currencies, with the exception being the Yen, which has continued to see its safe haven premium deflate. USDJPY printed a fresh six-week peak at 107.84, in what is now a third consecutive day of ascent, which is in turn amid a third consecutive week of gains. AUDJPY and GBPJPY also posted respective six-week peaks, while EURJPY saw a fresh one-month high. News that the very hawkish US national security adviser, John Bolton, was fired by Trump has been something of a tonic for markets, maintaining buoyancy in global stock markets while sparking a 1%-plus dive in oil prices. Gold, the other traditional safe haven asset, also saw continued selling pressure. It closed a fourth consecutive day lower at 1485.50 and below a key Fibonacci level at 1486.00. A recovery in the Asian session has seen a breach of the daily pivot at 1490 and a first test of 1495. 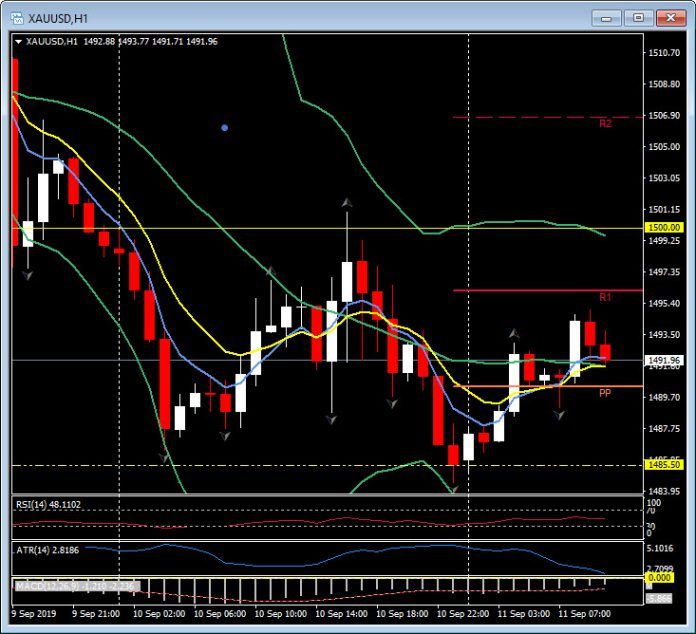 Elsewhere, both EURUSD and Cable remained in narrow ranges, underpinned following recent gains, but below recent highs. US CPI and retail sales data are up later in the week, with expectations of an ongoing benign price picture and a flat performance in the retail sector. While in-line data wouldn’t be a dollar-buying cue, neither should it prompt sell button reaction. Another focus (and the key event of the week) is tomorrow’s ECB meeting, which comes with updated staff projections and is widely expected to see the ECB introduce further easing measures. The event risk is that the package of measures will fall short of what markets have been pricing in, because without regulatory changes there is limited room for government bond purchases to be extended significantly.