In response to Tapering All Talk No Action, Expensive Valuations, Duration Risk reader David is wondering about the Euro.

David asks “Can anyone explain why the Euro is still rising in value against US dollar, nonstop? When this will end?”

Hi David, this was expected, at least at this end. Rather than play the Euro which I do not like for numerous reasons, I have been long the pound.

I went long the pound on October 7, after the pound’s big Brexit crash. Peter Atwater had this pertinent Tweet on sentiment about a month earlier.

I am not sure when I first mentioned being long the pound but I commented on it on December 14, 2016 in Saxo Bank CIO Bets on Weaker Dollar, Cites Blowout Equity Bubble. 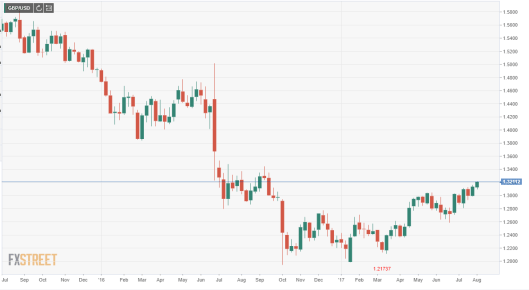 Both FXStreet and Investing.Com have good chart tools. 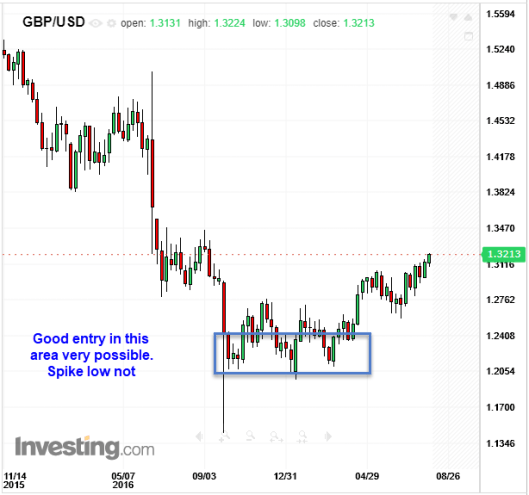 I did not catch the low, more like 1.23 or 1.24. The trade went nowhere for six months. The Beginning of January 2017 was still an excellent time to buy the pound.

Why is the Euro Still Rising?

1. ECB’s moves are in front of it. Think expectations.
2. The Fed’s moves are largely behind it. How many hikes will the Fed get in vs promises and expectations?
3. The Trump reflation bet is over. Expectations were high but there was no healthcare bill and tax reform is questionable at best.
4. Growth in Europe has been better than expected.

When Will Dollar Rise Stop?

A snapback could happen at any time especially given structural flaws in the euro and the banking mess in the EU. Eurozone risks are high and rising and the Euro is 62% of the dollar index.

However, currency trends are very sticky. Look how high the dollar index rose.

We are all guessing, but I would rather take my chances with the pound than a bet either way on the Euro.

XAU/USD bears waiting to feed on head and shoulders

The price of gold has been sucking in the bears since the break of the 1930/20 support, only to pull in demand again at the 1850 mark.