The UK’s flash January composite PMI smashed expectations in rising to 52.4, a 16-month high and a solid rebound from December’s 49.3 reading. The median forecast had been for a much more modest lift to 50.5. This is the first time the composite headline had been above 50.0 since last August, driven by the sharpest increase in new work since September 2018, reflecting a release in pent-up demand following the election result in December, which cleared the fog of Brexit and political uncertainty. Employment rose for a second month, while business optimism also rose to its highest level since June 2015. Both the services and manufacturing PMIs rebounded strongly. The flash services figure lifted to 52.9 from 50.0 in the month prior. The flash January manufacturing PMI, meanwhile, lifted to 49.8, from 47.5 in December.

Sterling rallied and then turned lower despite unambiguously solid PMI survey data. Cable printed a post-data high at 1.1378, a seventeen-day high, in the immediate wake of the data release only to subsequently drop to a two-day low at 1.3085. EURGBP concurrently posted a near-six-week low at 0.8388 before lifting back to near net unchanged levels around 0.8420.

There doesn’t appear to be a clear-cut reason why the Pound more than gave back initial gains in the wake of the data. One candidate theory in market narratives is that it reflects a general non-committal state of markets given prevailing uncertainty about the coronavirus outbreak in Asia. Other conjecture includes the view that the post-election bounce in the UK economy will prove to be short lived, especially with the government having set what looks to be an impossible time-frame of just 11 months to strike a new trade deal with the EU. Positioning in OIS markets now implies a 47% probability for the BoE trimming the repo rate by 25 bp at the January-30th MPC meeting next week, so markets are still anticipating easier monetary policy, albeit to a lesser extent than recently. 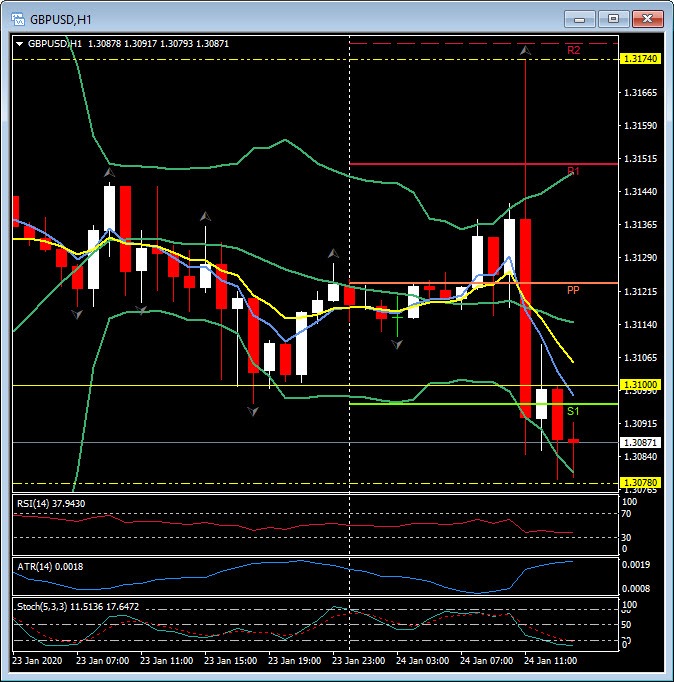 Dovish RBA Minutes and coronavirus concerns of economic growth weighed on the Aussie. Westpac Leading Index coming up next.