This year, a word that has entered the vocabulary of many investors is SPAC, short for Special Purpose Acquisition Company. Yet, for some, what a SPAC exactly is and for what it is suitable, remains a mystery.

What exactly are SPACs?

I find it helpful to understand SPACs by breaking them down into bullet points:

What are SPACs advantages?

The advantages SPAC’s provide are twofold. One advantage is for the SPAC sponsor, and the other is for the owners of the unlisted companies with which the SPAC mergers.

Understanding how popular SPACs are in2021 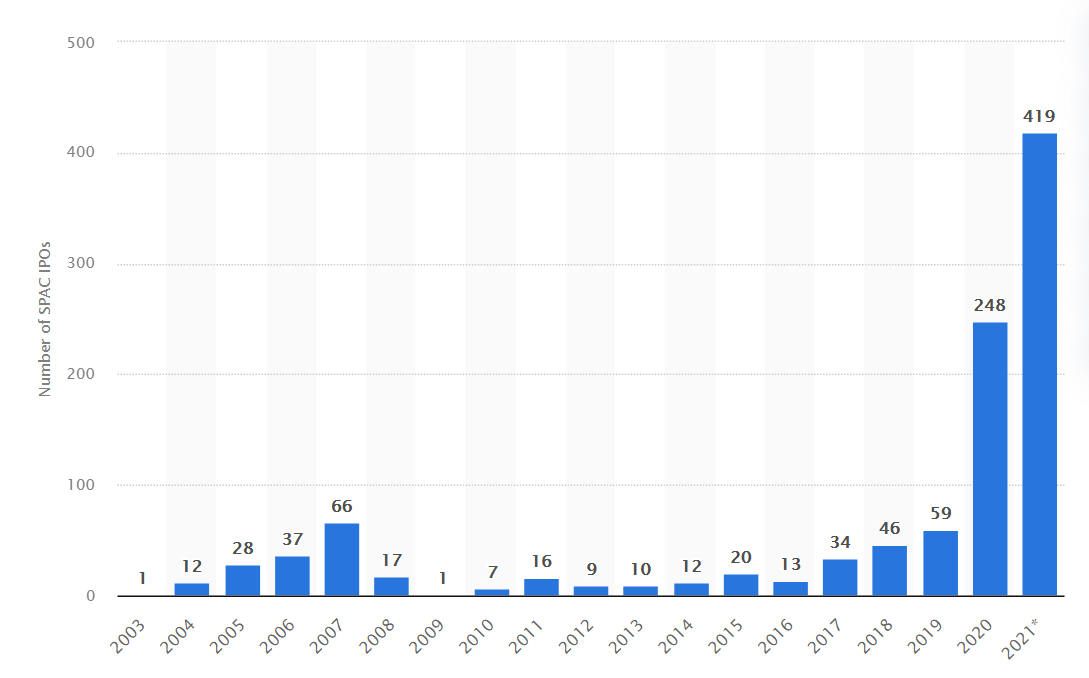 Since emerging in the 1990s, SPACs have primarily remained a fringe financial product. That is, until last year when their popularity exploded in the US. In 2020, SPACs raised more than US $82 billion. Not to be outdone, 2021 eclipsed this value by April and has since gone on to raise more than US $120 billion. In contrast, SPACs raised a comparatively tiny US $13.6 billion in 2019.

According to Skadden, the rise in SPACs is due to recently enhanced investor protections and famous financial figures associating themselves with the investment vehicle. Names that have been associated with SPACs in the past couple of years include Bill Gates and Richard Branson, as either SPAC sponsors (Branson) or stakeholders in companies that have merged with a SPAC (Gates).