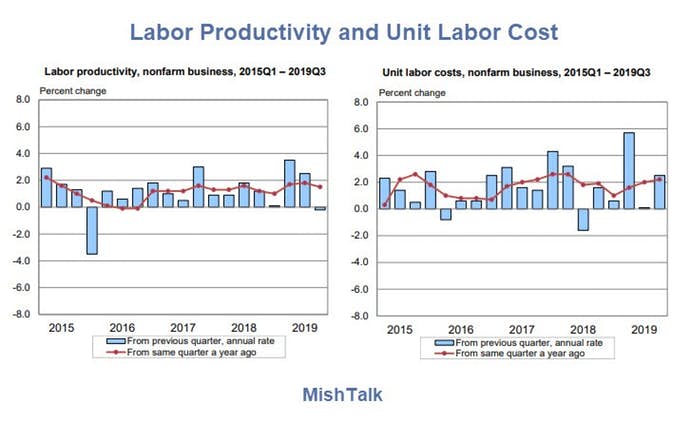 Productivity fell 0.2% compared to an estimate of a 0.1% decline.

Labor productivity, or output per hour, is calculated by dividing an index of real output by an index of hours worked by all persons, including employees, proprietors, and unpaid family workers.

Unit labor costs in the total manufacturing sector increased 3.0 percent in the third quarter of 2019, and increased 4.4 percent from the same quarter a year ago.

For a related post please see Investigating the Mystery of Weak Wage Growth.