Silver plunged on Tuesday, just as it was likely to after the triple reversal that we’ve been writing about, and it was declining strongly during Wednesday’s pre-market trading. And then it all changed. Silver soared before the U.S. markets opened and the white metal ended the session in the green. We definitely saw a silver reversal. But, was it significant and can it be trusted?

We doubt that and the below chart shows why.

About That Silver Reversal 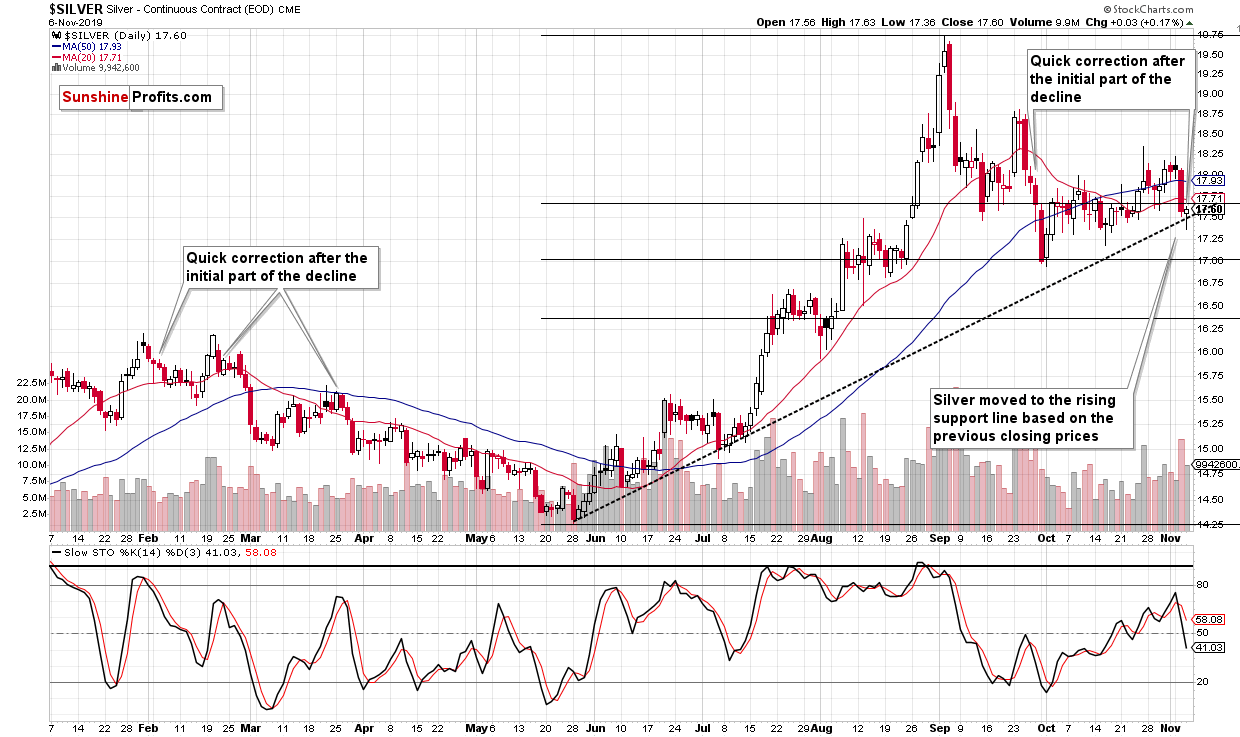 We doubt the significance of yesterday’s reversal in silver, because daily corrections after the big daily declines are not something that indicate a reversal. Conversely, it’s something normal.

For instance, the intraday reversal that we saw in early February should have been – theoretically – followed by higher prices. It wasn’t. It was simply a breather that silver took before continuing to decline. These daily pauses don’t always take the same form. In late February, silver corrected by simply rallying a bit without an intraday reversal. And in late September, silver’s pause took form of a significant slowdown in the pace at which silver was declining.

In all above-mentioned cases silver resumed its decline shortly. So, is this time really any different? That’s unlikely.

Besides, silver had a good reason not to decline without looking back. The rising support line that’s based on the previous lows in terms of closing prices (May and July lows) was just reached in intraday terms. Since the line is based on daily closing prices, and we didn’t see a daily close below it yesterday, we don’t view yesterday’s price action as invalidation of the breakdown. The support held for now, but that’s not enough to make the outlook bullish.

Moreover, let’s keep in mind what we wrote in yesterday’s Gold & Silver Trading Alert about the size of silver’s decline so far:

Silver declined profoundly and it seems to be just starting its decline. Silver has recently outperformed on a very short-term basis after having formed a shooting star reversal. It doesn’t seem that just a one-day decline or something only a little bigger than that is enough to really be a reasonable response to multiple strong sell signs. Similar signals in the past used to be followed by multi-dollar declines. 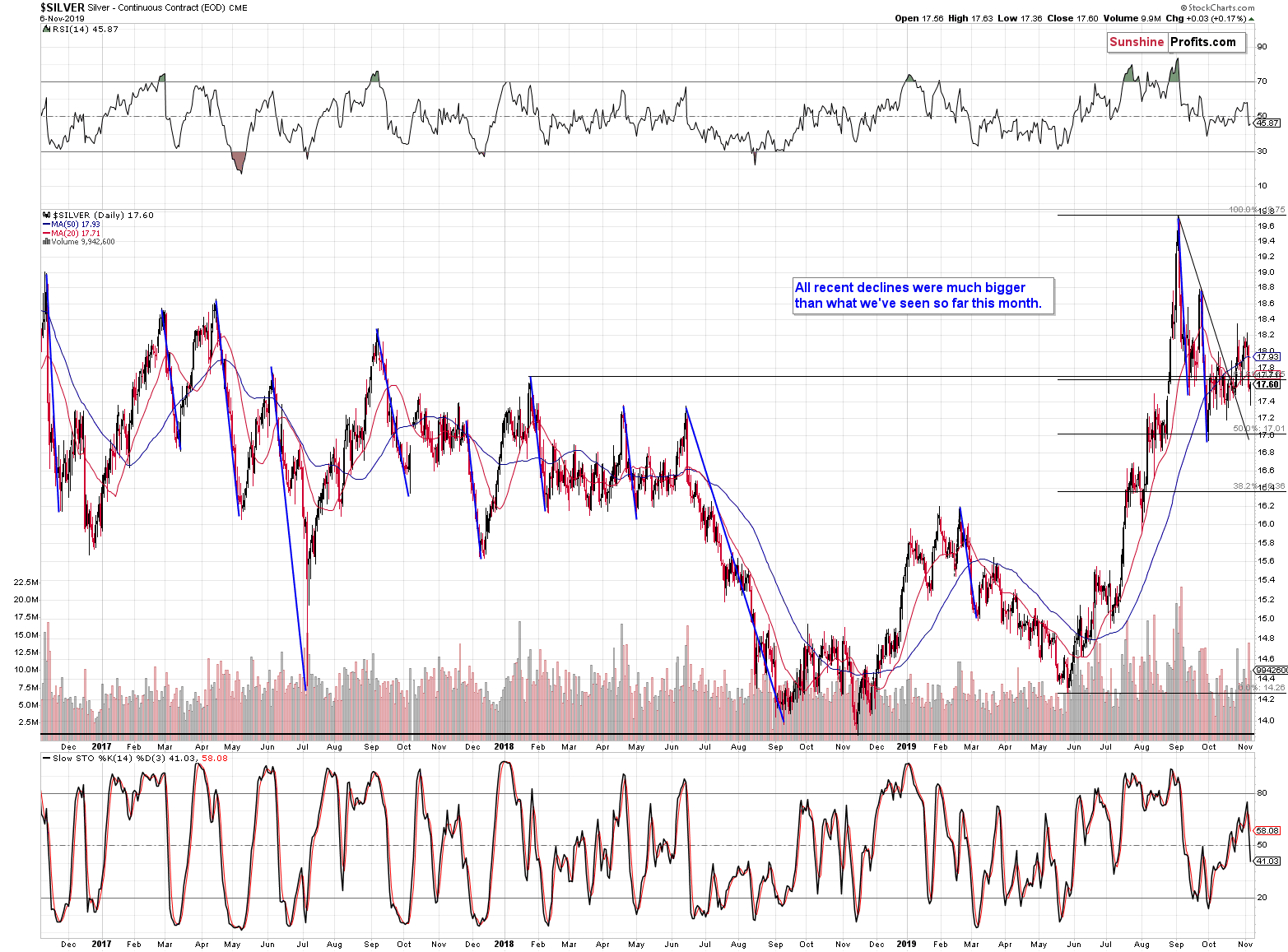 The move that we’ve seen so far, is too small even compared to the lesser silver declines. And if we compare it to silver’s bigger declines, it’s almost nonexistent.

Even if we consider yesterday’s pre-market downswing to be a part of the decline, the entire move is still tiny compared to even the smaller of the previous declines. Taking this comparison into account it’s even more likely that yesterday’s reversal was not the end of the decline in silver but rather a pause within it.

All in all, predicting higher silver prices here based on yesterday’s small reversal is not justified – at least not yet.