USDJPY started the day in the red on Wednesday after spiking up by more than 1% on Tuesday to meet resistance near the key 107.00 level. The RSI and the red Tenkan-sen are currently following the price down, while the MACD keeps improving below its red signal line, painting overall a bearish-to-neutral picture for the short-term.

Moving southwards, traders would keep a close eye on the 105.50-105.00 region, where selling forces paused over the past week. Should the decline continue below that area, the focus will shift to January 3’s trough of 104.64, a break of which would reactivate the long downtrend from the 114.54 peak, probably pushing support until 103.40.

Meanwhile in the medium-term picture, the lower highs and the lower lows from the 112.39 top hold sentiment negative and only an aggressive rally above 110.00 may change the outlook to neutral.

In brief, USDJPY is expected to record bearish-to-neutral sessions in the short-term, while in the medium-term the outlook is likely to hold negative unless the price bounces above 110.00. 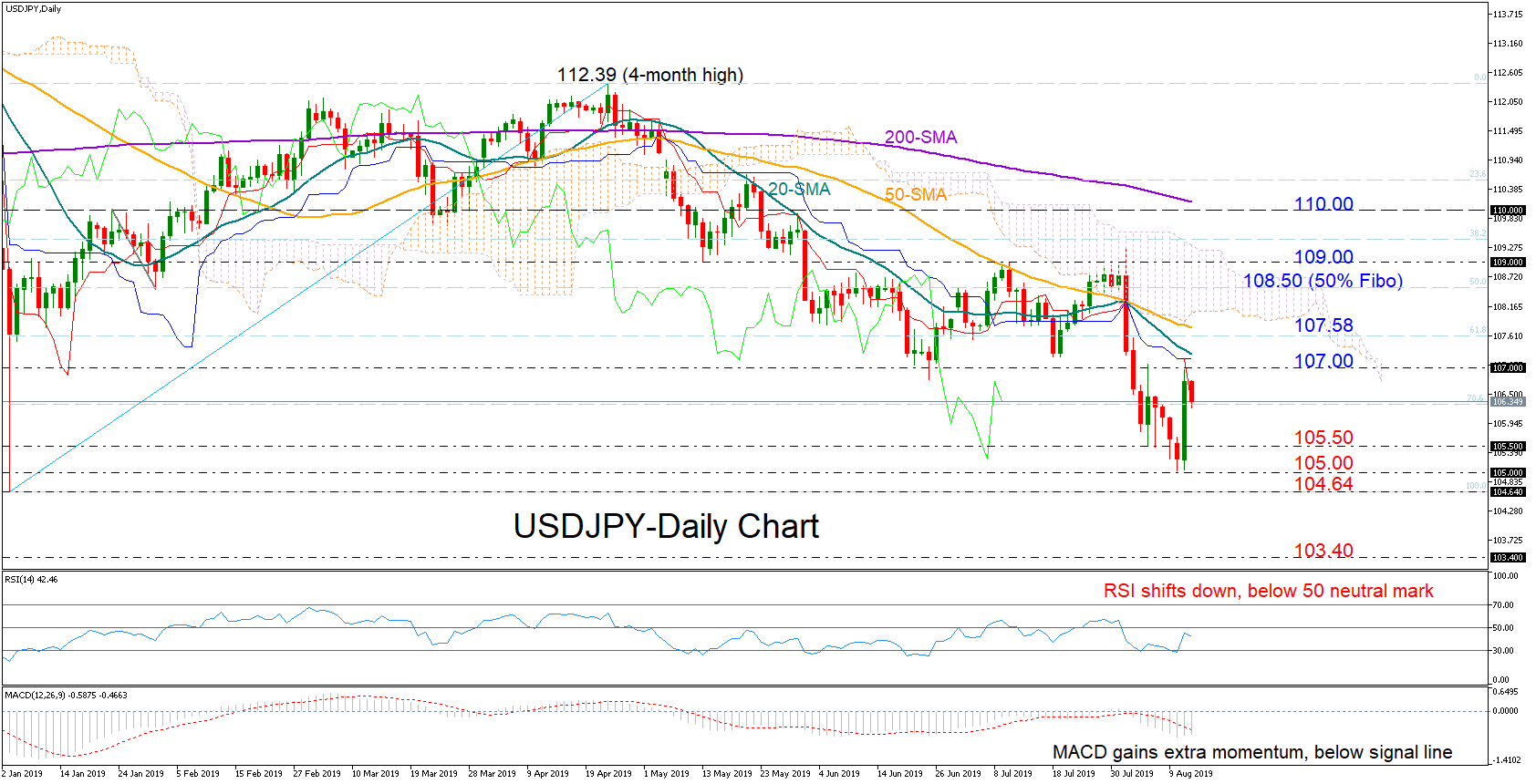