USDCAD was unable to break the 1.3340 resistance for the third consecutive week but it managed to hold in an upward move and above an ascending trendline.

Technically, the pair could maintain its neutral mood in the short-term as the RSI fluctuates sideways in the bullish area and the MACD stabilizes around its red signal line. The Ichimoku indicators (Tenkan-sen, Kijun-sen) are also flat, endorsing the lack of direction in the market price.

A decisive close above the 1.3340 ceiling could bring the bulls back into play, opening the way towards the 1.3400-1.3450 restrictive zone. Even higher, a new bullish wave could start on top of the 5-month high of 1.3563 registered at the end of May, in which case traders could look for resistance near the 1.3600 hurdle.

Alternatively, should the market drop sharply below the ascending trendline and the 20-day simple moving average (SMA) currently around 1.3250, the spotlight would turn to the 1.3200 barrier. Clearing the latter and more importantly the 50-day SMA, support could extend towards 1.3143, a challenging obstacle during the month of July and the first quarter of the year. If the sellers persist, the January low of 1.3067 could be tested next.

In the medium-term picture, the pair is holding on to a downside view and only a climb above the 1.3400 mark would shift the outlook to a neutral one. However, with the 50-day SMA maintaining the bearish cross with the 200-day SMA, the probability for an outlook reversal is currently seen as minimal. 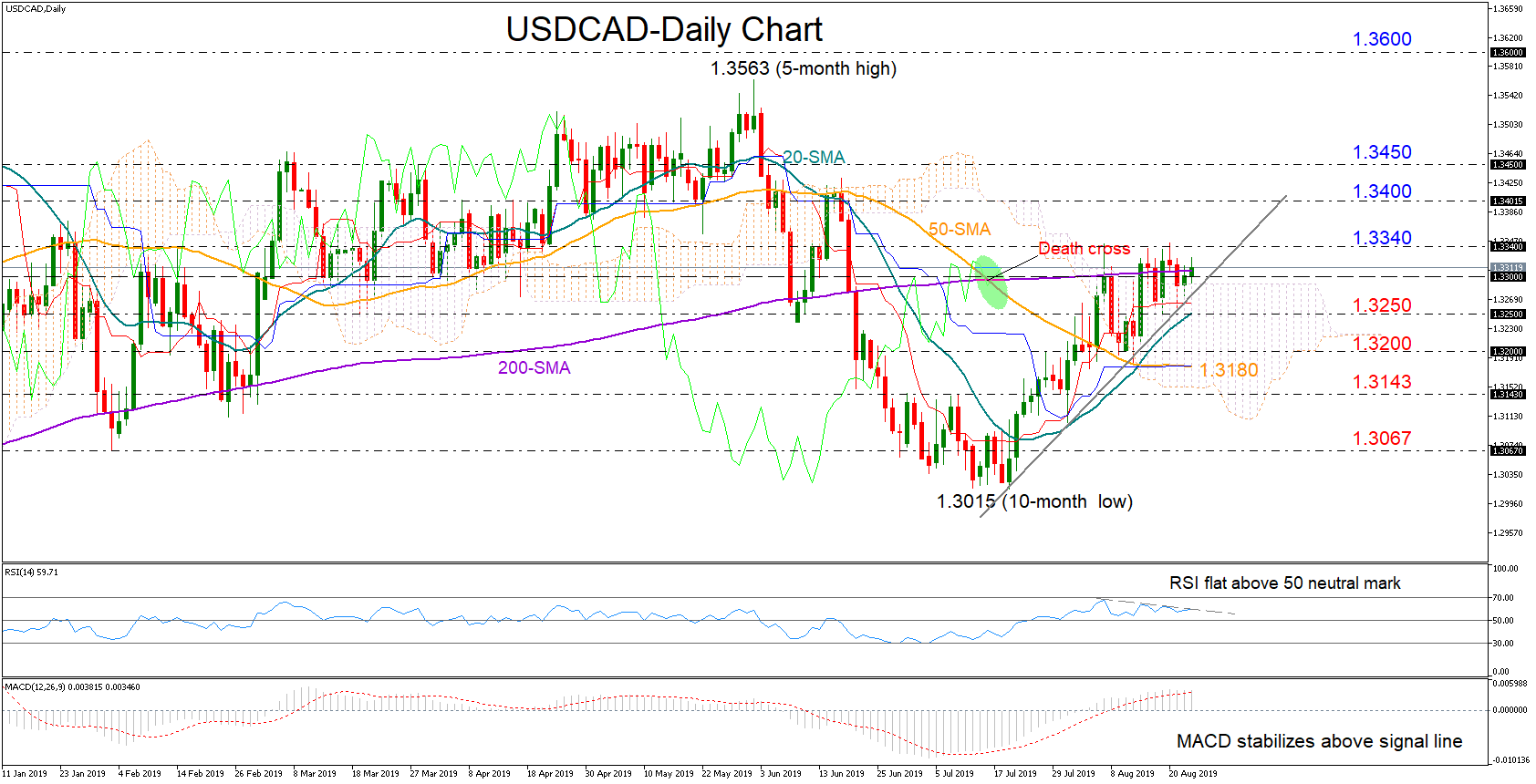