The euro is struggling near highs of 1.1789 intraday, but prices broke out off the previous highs near 1.1791 towards the late US session.

Price action is now trading above the 1.1800 level, retaining its bullish momentum.

While the support level near 1.1750 is the immediate downside target, to the upside, EURUSD is now likely to continue to push toward the 1.2000 level eventually.

In the near term, watch the Stochastics oscillator which is likely to form a bearish divergence. Correction is likely to continue lower if it breaks down below the 1.1750 level of support. 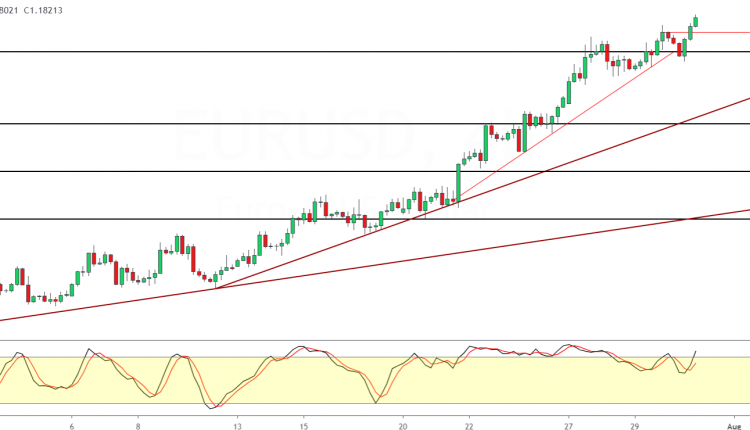 The pound sterling touched a fresh 4-month high on Thursday.

After a brief pullback, prices reversed direction and continued higher.

We now expect the currency pair to continue toward the 1.3122 level.

This will see price action testing the previous highs, just prior to the breakdown following the onset of the COVID-19 pandemic.

We expect prices to possible retreat after testing this level in the near term. 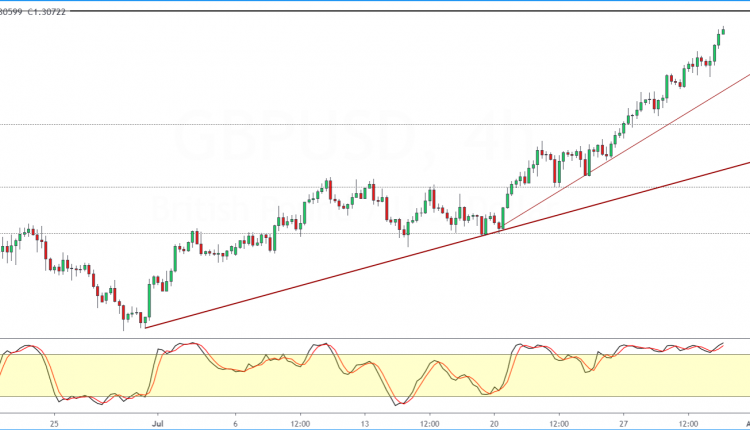 WTI Crude Oil Breaks The Range To The Downside

WTI crude oil prices are down nearly 3% intraday on Thursday. The declines came following price action breaking out of its range after nearly a week.

The current declines, however, saw oil prices falling to a one-month low.

Prices touched lows of 38.70 before pulling back.

Therefore, there is a potential for prices to extend the declines a bit more.

In case of a rebound, watch the 40.00 level. If resistance forms here, then we could expect to see further declines. 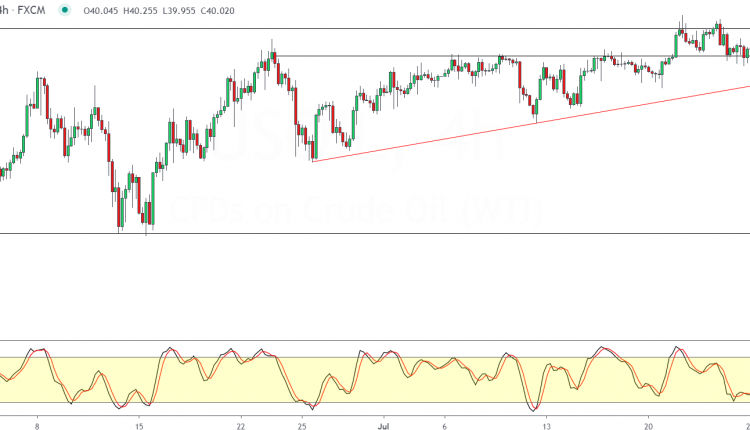 Gold Posts First Decline In Over A Week

The precious metal is on track to post the first daily loss in nearly two weeks.

This comes after gold prices briefly rose to highs near 1941.42 on Wednesday.

We could expect the declines to continue as traders are likely to book profits into the month-end. For July, gold prices have risen over 9%, marking the biggest monthly increase since June 2013.

For the moment, the bias in gold prices remains to the upside, until we see clear evidence of a correction.