Traders bought safe haven' assets such as gold and the yen on Tuesday as the conflict between USA and Iran seems to be worsening. The USDJPY pair was down 0.30% during the London session, dropping below the 107 mark, before erasing some of the losses and stabilizing around this level.

On Monday, President Donald Trump unveiled sanctions on Ayatollah Ali Khamenei and eight senior military commanders, which led to some de-risking on the financial markets.

During the overnight session, the Iranian Foreign Ministry’s spokesman, Abbas Mousavi, was quoted, saying "the futile sanctions against the Iranian leader and the country’s chief diplomat mean the permanent closure of the diplomatic path with the government of the United States."

Sentiment soured afterward and traders sold stocks and bought bonds and the yen, which brought the USDJPY pair below 107, levels last seen during the flash-crash on January 3, or during normal trading in April 2018.

Later in the day, US new home sales for May will be released, but these numbers rarely cause any larger market movements.

However, market participants will pay attention to Jerome Powell's speech, who is due to speak about the economic outlook and monetary policy at the Council on Foreign Relations in New York.
His speech is expected to sound dovish and Powell could confirm expectations of a rate cut in July.

Having declined below the 108 zone, the pair effectively confirmed the bearish scenario and it continued to drop ever since. The next support seems to be near today's lows of 106.80 and if hot held (for example after today's Powell), bears could target the 106 handle. 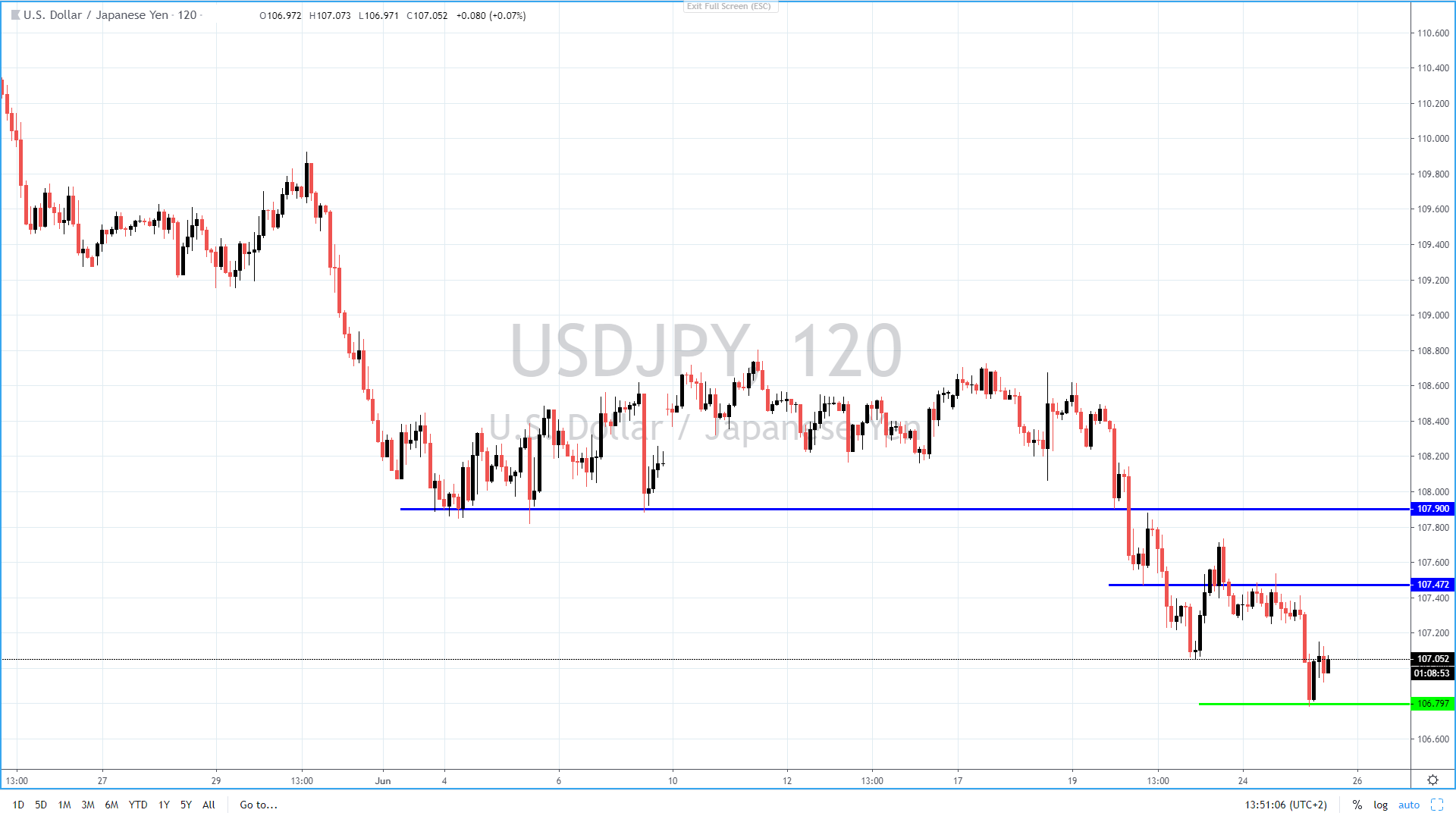 Trading FX/CFDs on margin bears a high level of risk, and may not be suitable for all investors. Before deciding to trade FX/CFDs you should carefully consider your investment objectives, level of experience, and risk appetite. You can sustain significant loss.