Yesterday’s signals produced a profitable short trade following the bearish doji candlestick which rejected the resistance level at 111.46 and gave about 40 pips of profit.

Trades may only be entered from 8am New York time Thursday until 5pm Tokyo time Friday.

I wrote yesterday that we were likely to either see the price breakout above 111.46 which would be bullish or break down below the swing lows just above the round number at 111.00 which would be bearish. This was a good call as both of these levels were pivotal, producing both the swing high and swing low of the day.

We now have a firm bullish breakout above 111.46 and the U.S. Dollar is being bought, and we have an increase in volatility here, so it is worth taking more of an interest in this pair now. This is logical as we approach the Bank of Japan’s month guidance which is coming during the next Asian session. Trading should continue to be lively once that input comes but direction is unpredictable. The resistance at 112.10 has been strong for a long while, so if the price gets established above it later that would be a very bullish sign. 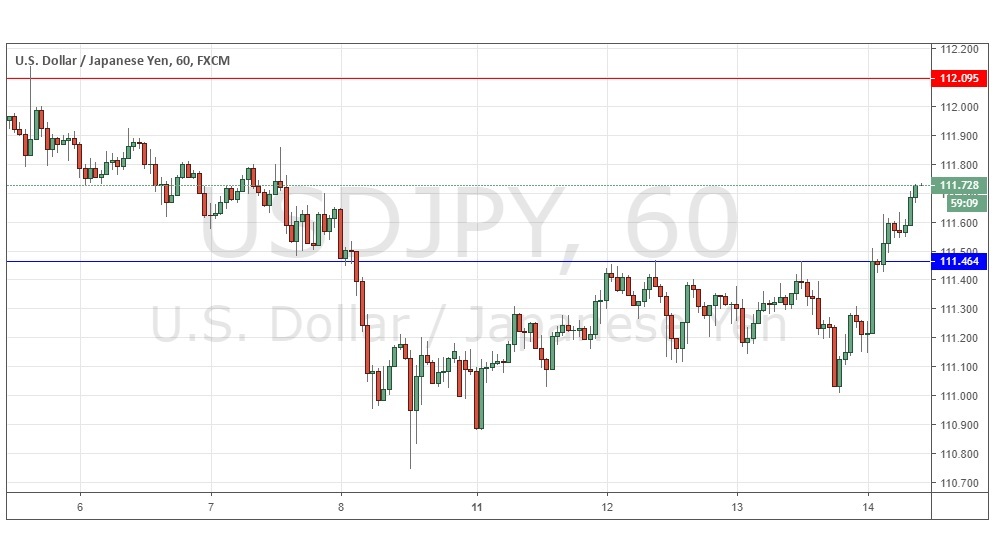