Yesterday’s signals were not triggered as none of the key levels were reached.

Trades may only be entered from 8am New York time Thursday and 5pm Tokyo time Friday.

I wrote yesterday that there was residual bullishness, but it got weaker and weaker the longer that 112.10 held. If the price gets established below 111.46 that would be a bearish sign that this medium-term bullish move could be over. Alternatively, a real break above 112.10 should see the price continue upwards to 112.65.

Neither resistance nor support have been broken or even touched as the price continues to lowly edge down. The longer this continues, the less and less bullish I get, but bears really need to see a break below 111.46. So, we still await the real move of the week which should happen even if not until the Non-Farm Payrolls data release due Friday. It is interesting that the Yen is not moving much at present.

I would take a bullish bias if the price could trade above 112.10 for a couple of hours. 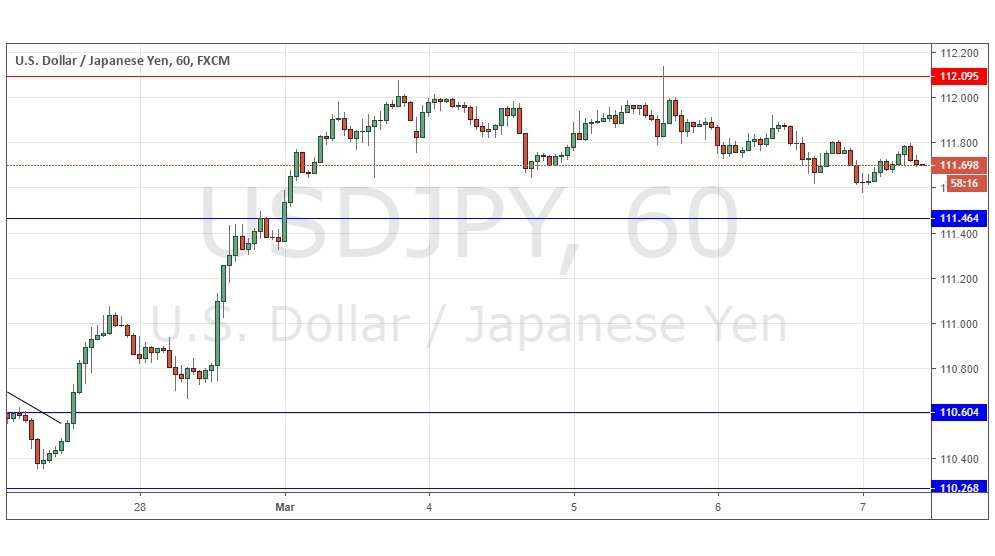 There is nothing of high importance due today concerning either the JPY or the USD.